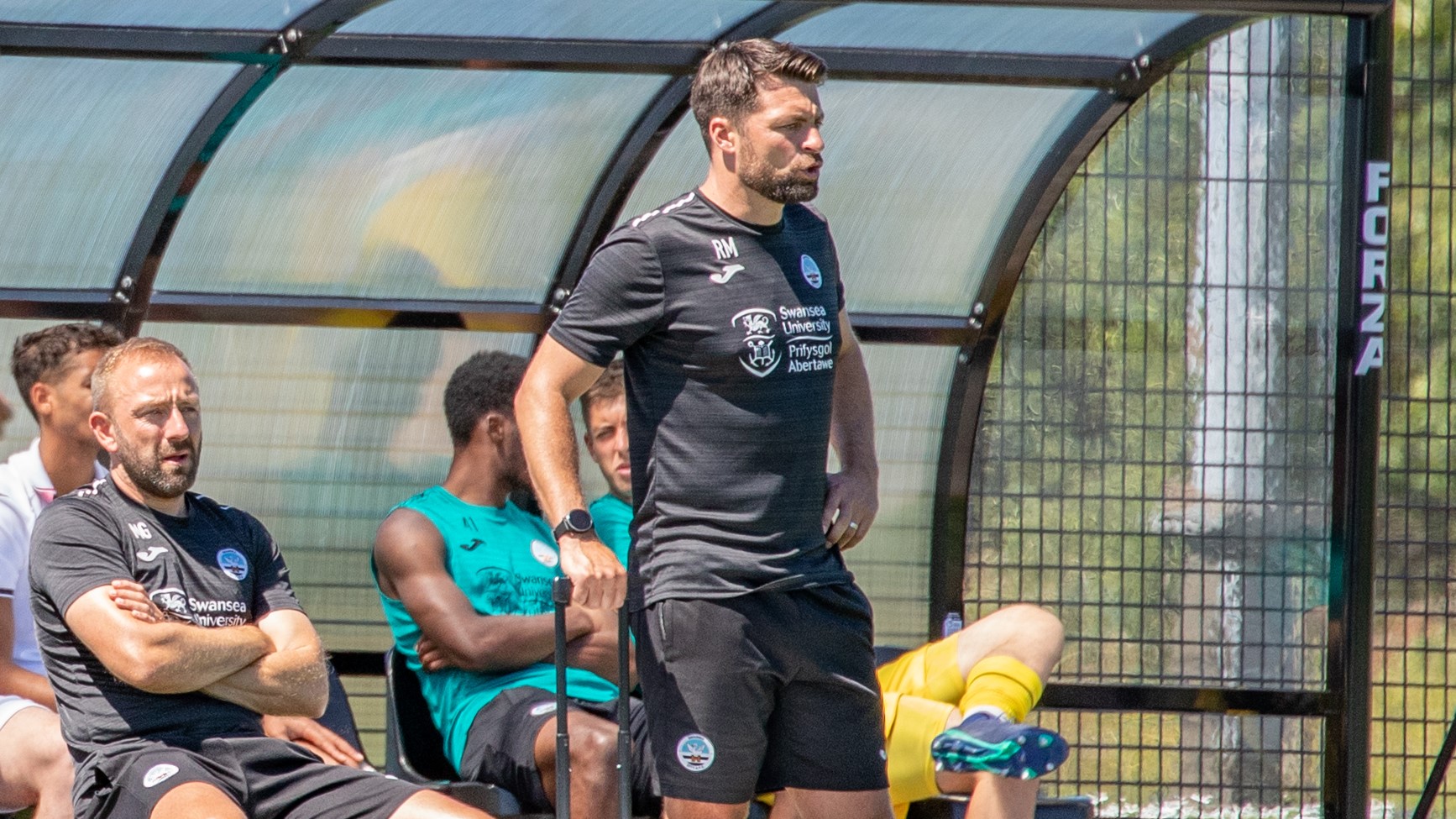 Russell Martin | We’re growing in our clarity with each game

Russell Martin believes Swansea City are finding greater clarity with each passing game as their pre-season campaign continued with a 3-2 victory over Forest Green Rovers at Fairwood.

“I really enjoyed it, I think it was a really different game to the Colchester game,” said Martin.

“They are a team that really tried to play with the ball, gave us lots of opportunities to press and loads of stuff to look at out of possession, which is really important for us.

“I think it was really valuable for us for a lot of reasons, we saw some brilliant stuff in possession and a couple of sloppy moments, which you’d expect because the lads are extremely tired; they had another big day yesterday.

“I think it will now be more about the games rather than the training, they did another double session on Thursday and trained really hard yesterday because we need to be really ready physically.

“It’s a real test of togetherness and character when you’re tired to try and play the way you want to play.

“They did some brilliant stuff but there’s lots to work on, we need to improve on a lot, especially out of possession, but overall it was a really valuable exercise.

“Both groups played some really good stuff and some stuff that we will definitely have to show, I think we’re just becoming clearer and having more clarity every game on what needs to become the priority so we’re ready for the first game.”

The Swans were without Jamie Paterson and Jordon Garrick who watched on from the sidelines, with the boss admitting their omissions were precautionary measures.

“They’ve all had a big three weeks of training and both are carrying little niggles, nothing too heavy but you weigh it up and assess it,” added Martin.

“We have a few more games coming up where they can get minutes, so the decision was made by us and the sports science and medical teams just to give them the day off today and I’m sure they’ll both be back next week at some point.”

The Swans face a trip to Plymouth Argyle on Tuesday evening as they continue their preparations for the 2022-23 season, with the fixture set to be the Swans’ first friendly in front of fans this campaign.

“I think it will be great, I think we’re all looking forward to it,” said Martin.

“It’s really important for a number of reasons, we’ll be travelling and getting used to that again, being in a hotel and looking how to utilise the time for the players in the best way for the players to be ready for the game.

“We’re looking forward to seeing some of our supporters and it will be another really tough game.

“It will be against a team who try and play so it’s going to bring us another challenge, but it’s about just stepping up every game, improving what we’re doing and making sure we learn from every game.”