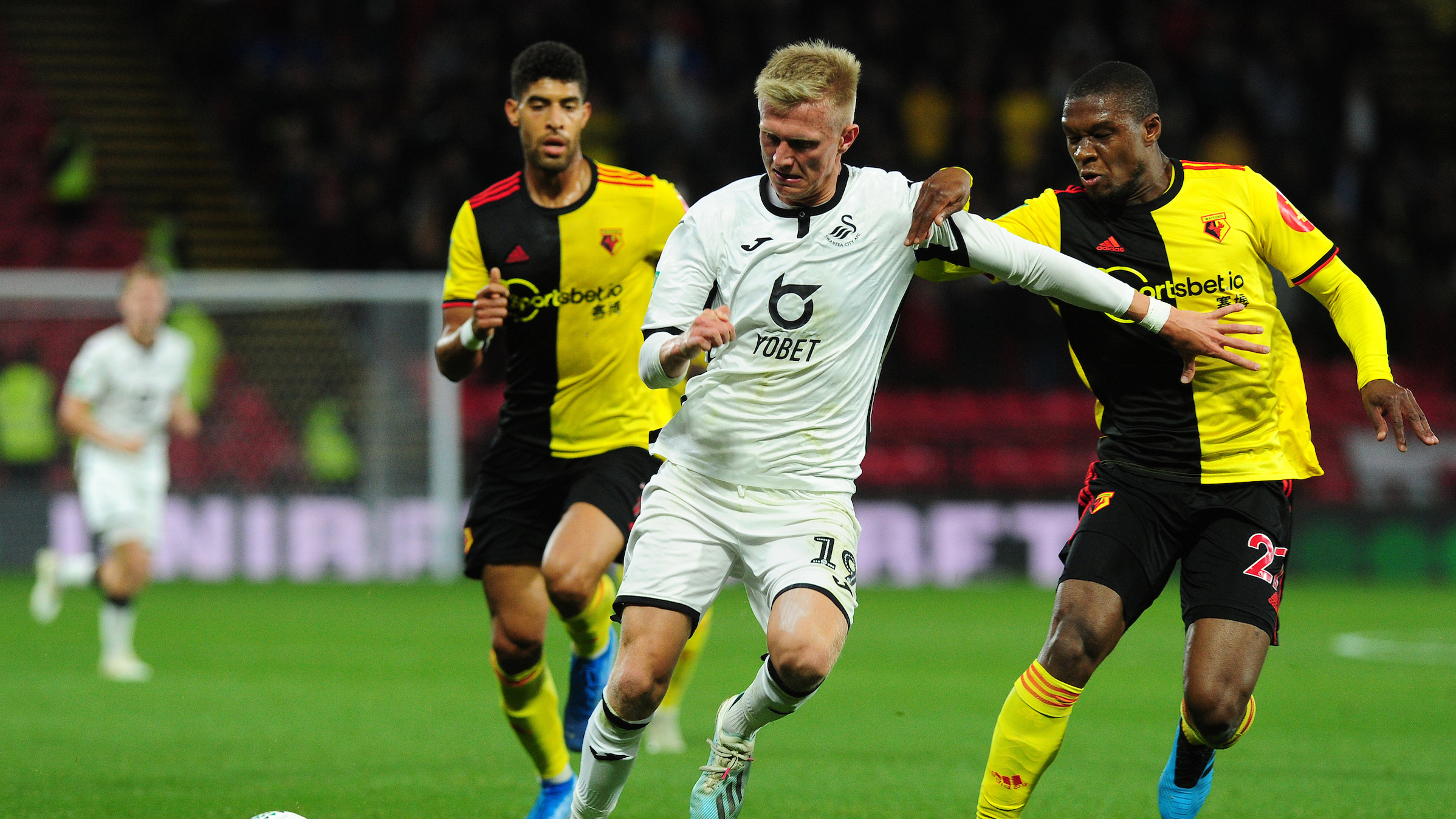 Sam Surridge says his confidence is growing all the time after taking his goal tally for the season to four in Swansea City’s defeat to Watford.

The on-loan Bournemouth forward has had to be patient when it comes to first-team opportunities, with Borja Baston having enjoyed a fine goalscoring start to the season.

Surridge has regularly featured from the bench in the Championship, but so far his starts have come in the Carabao Cup.

That was the case at Vicarage Road on Tuesday, and he turned in a fine performance including a sliding finish to round off a flowing Swansea move.

The result may not have gone Swansea’s way, but Surridge’s tally of four puts him one behind topscorer Borja in all competitions this term.

And the 21-year-old feels he is improving with every passing appearance as he pushes for that first league start for the Swans.

“It was great to add another goal to my tally, it just gives me confidence going into the league. Every time I get a chance I want to take it with both hands and get on the scoresheet,” he said.

“My main objective is to build on my performances in the cup and carry these into the league.

“On a personal note it is great to get my fourth goal of the season but it also helps the team and I want to help the team in any way that I can.”

The 2-1 defeat ended Swansea’s run in the Carabao Cup, but their focus quickly returns to league action with Saturday’s Championship clash with Reading looming on the horizon.

And Surridge believes there are plenty of positives to take as the second-placed Swans prepare to welcome the Royals to the Liberty Stadium.

“Our attention is now focused on Reading at the Liberty on Saturday. The feeling in the dressing room ahead of the match is really good,” he added.

“We’re second in the league, we have built momentum with another good performance against Watford so we are positive going into the match.

“Hopefully we can bounce back with another good result against Reading and carry that into the match away to Charlton the week after.”