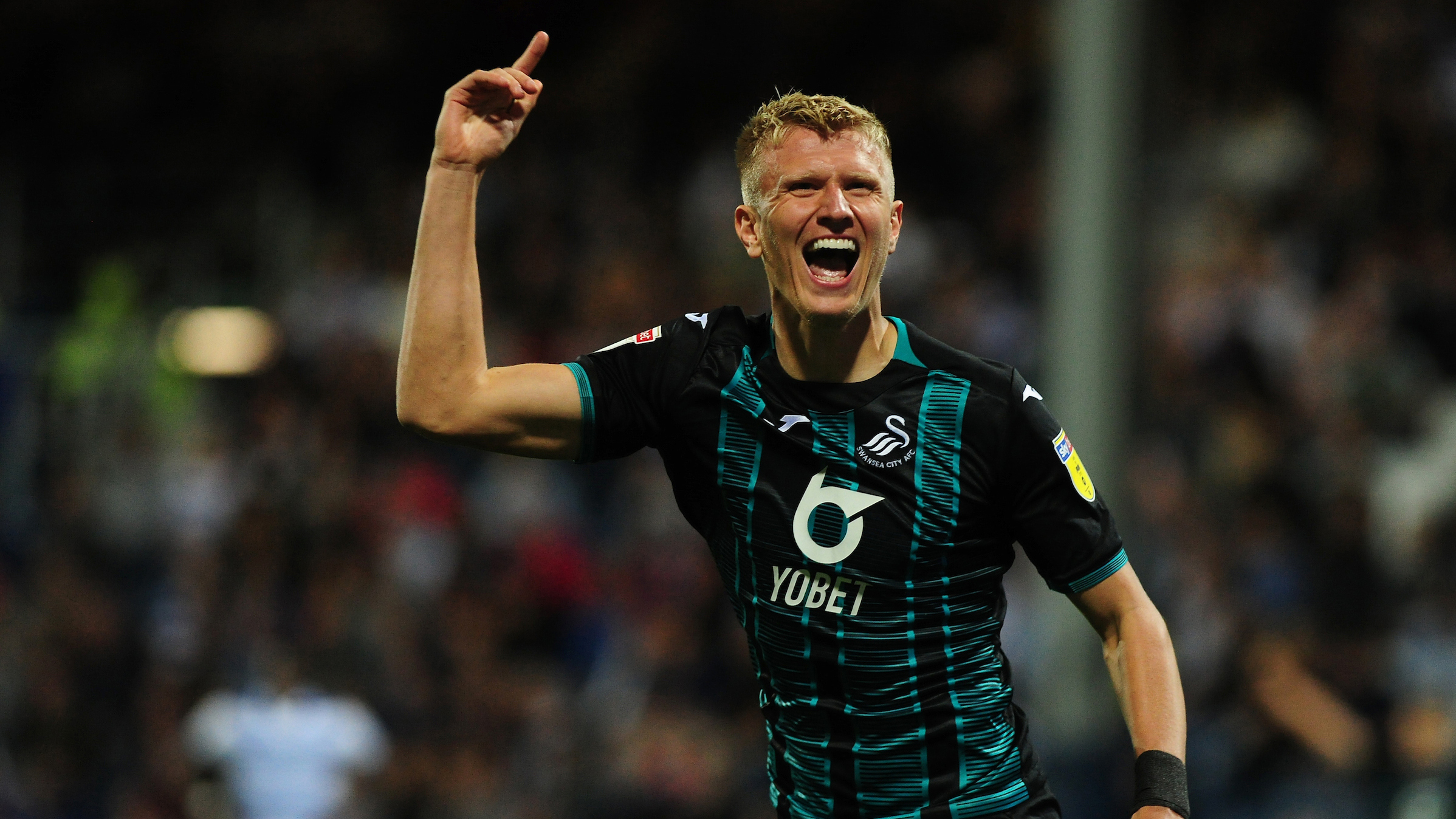 Sam Surridge hopes he can use another Carabao Cup opportunity to try and stake a claim for his first league start with Swansea City.

The on-loan striker has started Swansea’s previous two games in the competition, netting a brace in the second-round win over Cambridge.

The Swans now travel to face Premier League Watford tonight, with just two league positions between the sides with the visitors sitting second in the Championship and the Hornets bottom of the top-flight.

Surridge has made three substitute appearances since his double in the last round, with Borja Baston’s fine goalscoring form meaning he has had to bid his time.

Which means he will relish the chance to show what he can do, should he be handed the starting role at Vicarage Road.

“I’m looking forward to the game and, hopefully, I will get an opportunity,” said the Bournemouth forward.

“Whenever I get my chance, I want to make sure I take it.

“If I do that and keep producing the goods in the cup then it should lead to me getting a start in the league.”

Watford have taken just two points from six Premier League games this season, and were beaten 8-0 by Manchester City at the weekend.

But Surridge insists there is no chance of the Swans taking Quique Sanchez Flores’ team lightly.

“Obviously, Watford are not in the best run of form at the moment so it’s a good time to play them,” he said.

“But as Premier League opposition, it is always going to be a difficult game for us and they will provide a very good test of our credentials.

“We’ve done really well on the road so far this season so we will be going into the game feeling confident but fully aware it will be a real test.”