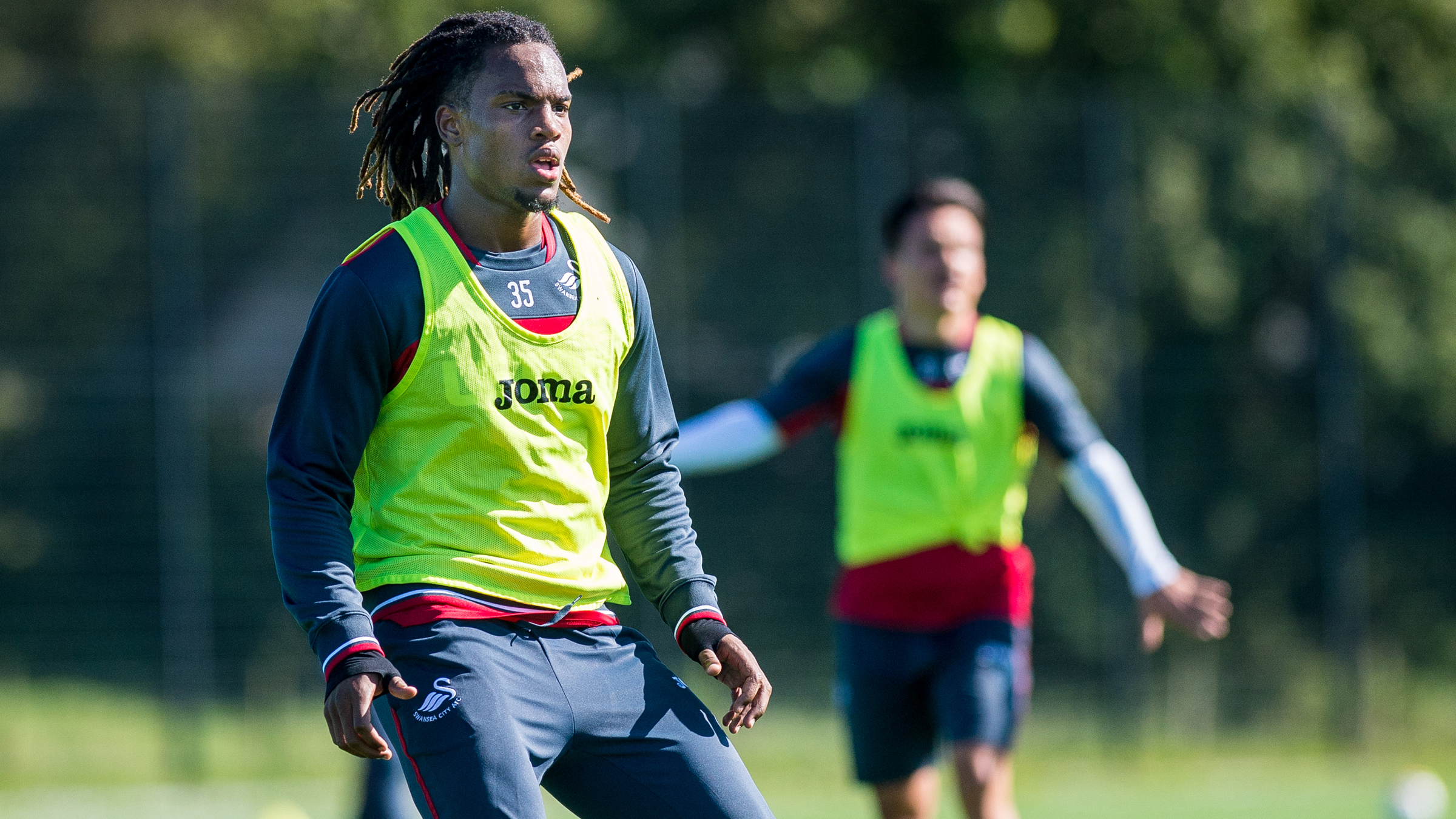 'Sanches will thrive in midfield fight'

Paul Clement is tipping Renato Sanches to flourish as he fights for a place in Swansea City’s midfield.

Sanches was thrust straight into the starting side against Newcastle last weekend following his loan move from Bayern Munich.

Clement believes the Portuguese international will get better and better as he settles in South Wales.

And he admits that Sanches must perform given that midfield is the most hotly contested position in the Swans squad.

“All the midfielders want to play and we have a lot of competition for those places,” Clement said.

“With Ki Sung-Yueng on the way back to fitness, we will have eight midfielders.

“Sometimes we play with three, sometimes four. That means there will be four midfielders and sometimes five not playing.

“There is less competition at the back, particularly with Kyle Bartley injured and Stephen Kingsley gone, and less in the forward positions, although we do have wingers so things can change if we change the system.

“But there’s a lot of competition in midfield.”

Clement stresses that summer signing Roque Mesa is “very much in the reckoning” for a starting place despite the fact his opportunities have been limited so far this season.

The same is true of skipper Leon Britton, who played at Southampton but has not featured since after suffering a back spasm.

“Leon was injured and the team won at Crystal Palace. That meant he had to be patient, but absolutely he is in contention,” Clement said.

There was much focus on Sanches last weekend given all the headlines generated by his move to the Liberty.

And Clement believes the 20-year-old will improve as he gets used to his new surroundings.

“Renato is training well,” he said. “He felt, as I did, that there were some good things in his performance last week and some where he can do better.

“He will make an improvement very quickly as he settles down with the team, the language and the new culture.

“There are lots of things to organise when you move to a new club in a new country – new car, new place to live, new phone – but his attitude has been very good and he will be a very good player for us.

“Maybe it will take a bit of time, but we all believe in him. We think we have got a great talent here at our club.”