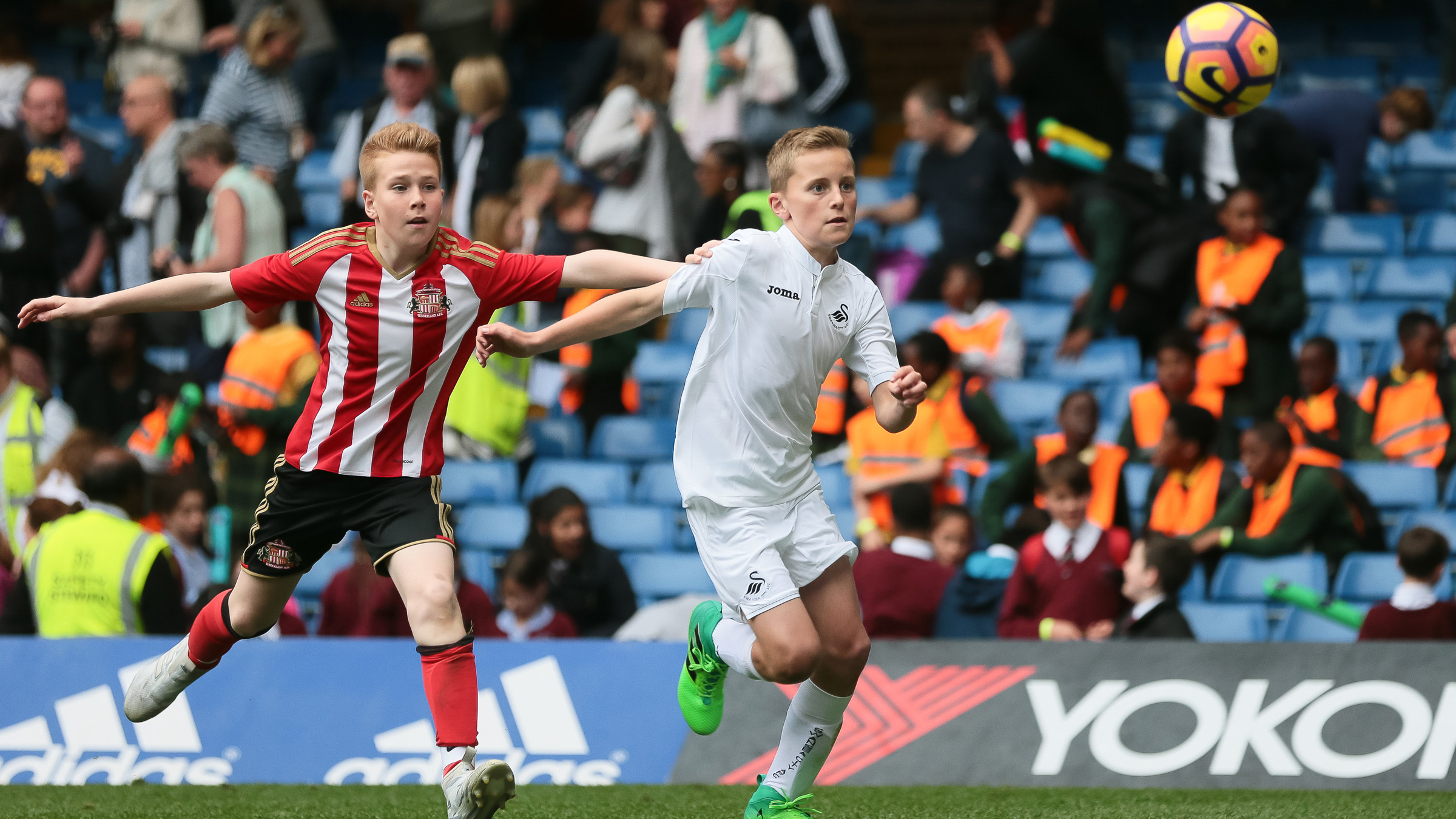 Pupils from Tenby Church in Wales Primary and YGG Bro Myrddin headed to London to compete in the annual competition that saw a total of 40 schools take part.

Having won the chance to represent the Swans at the tournament after winning local finals organised by our Premier League Primary Stars programme.

Looking to bring the trophy back home to Wales for a second successive year, both teams put in a string of impressive performances including a 3-0 victory for the girls from Bro Myrddin and the boys from Tenby inflicting the only defeat of the day on eventual winners Manchester City, but they narrowly missed out in a place in the knock-out stages.

“Both schools were magnificent across both days,” said Ceri Phillips, one of our Premier League Primary Stars co-ordinators. “They did brilliantly on the pitch after a nervous start against AFC Bournemouth in front of a noisy crowd at Stamford Bridge.

“Both teams can take huge positives from their on-the-field performances. The boys, for example, were the only team to defeat eventual winners, Manchester City, in what was the Swans’ best performance of the day.

“The girls can boast of a record that saw them win three, lose one and only concede one goal all day - scoring six.

“They were a credit to their schools in their conduct and hopefully they will cherish the experience that the Premier League Schools Tournament has given them for the rest of their lives, wherever their footballing journeys may take them."

If you want to find out how to get your school involved next year, please email Thomas@scfccommunitytrust.co.uk