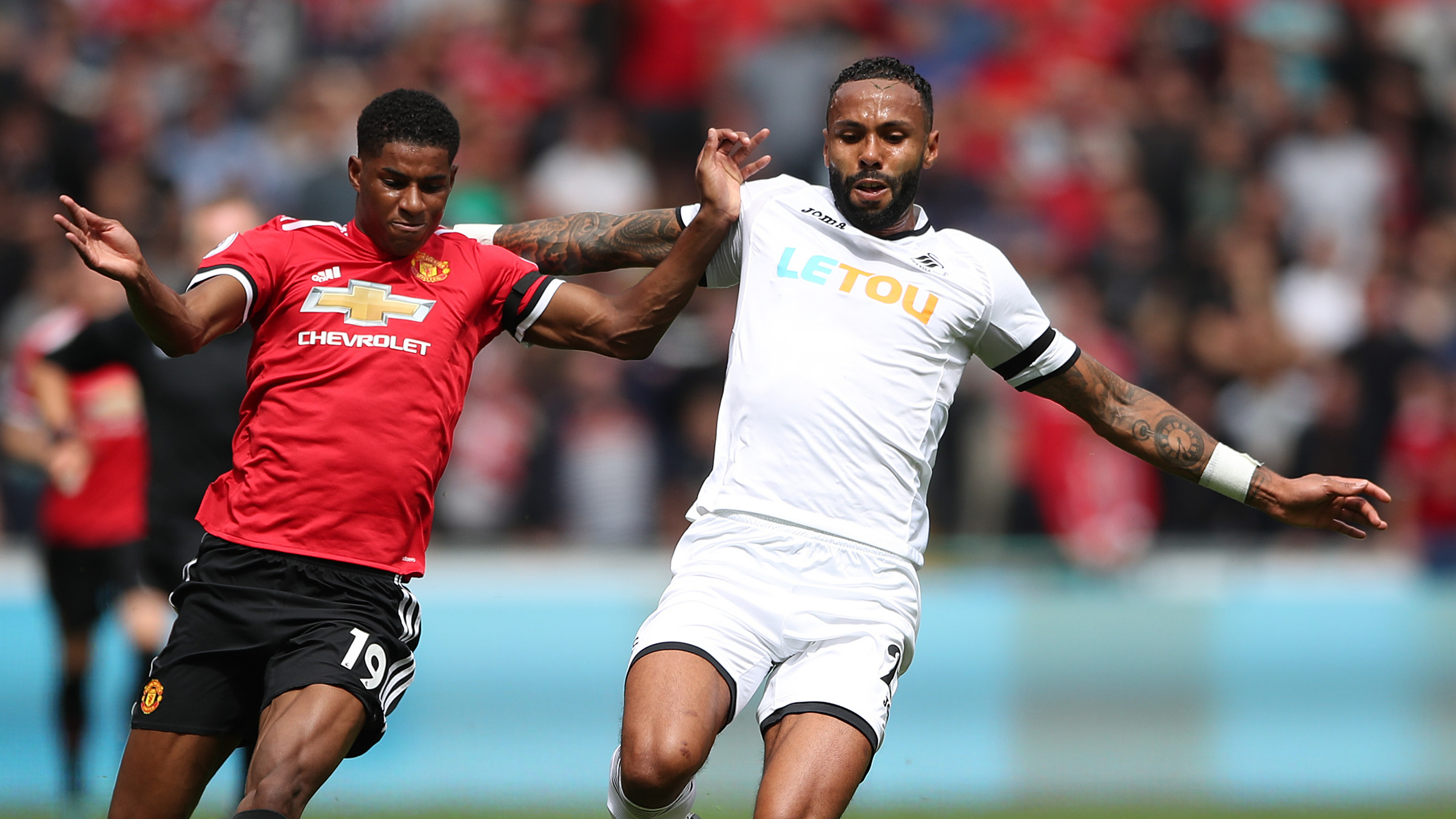 Kyle Bartley felt the Swans’ performance was not matched by the result in the defeat against Manchester United.

Paul Clement’s side went down 4-0 at the Liberty as three goals in as many minutes ended any hopes of a late comeback from the hosts.

The Swans, who struck the crossbar after three minutes through Jordan Ayew, had looked to be heading into the break on level terms only for Eric Bailly to fire United ahead in added on time.

But Romelu Lukaku, Paul Pogba and sub Anthony Martial struck late on to inflict a heavy defeat on the hosts.

Bartley, though, felt it was a harsh scoreline for Clement’s side to take.

“I don’t think we deserved to lose 4-0,” said Bartley. “We and the manager wanted to be really positive and push to try and grab goals to level the score.

“Unfortunately, United were ruthless and showed why they are top of the league.

“There are areas we still need to look at but I think we stayed positive as we tried to get back into the game. The second goal killed us.

“As a defender you just want to do your job and try and keep the ball out of your net. We all have real belief in each other, we need to start getting some goals.

“I think there are a lot of positives we can draw on from the game and we have to go again against MK Dons in the cup on Tuesday.”