Swansea City Under-23s centre-half Scott Butler says training with the first team has provided extra motivation as he steps up his preparations for the 2021-22 season.

The 18-year-old joined the Swans from Wrexham in the summer of 2019 and racked up 16 appearances for the under-18s in his debut season before regularly appearing for the under-23s and under-18s last season.

Butler, who also captained the under-18s on a number of occasions in the 2020-21 campaign, made the trip with Steve Cooper’s side to Pennyhill Park last week along with a handful of his academy colleagues.

“It’s great to see all the hard work I have put in being rewarded,” said Butler.

“My first year was a massive learning curve coming to Swansea and it was a big shock to me. I think I straight away found out what it takes to be a footballer.

“I really kicked on in my second year and played about 40 to 45 games last season and it definitely helped me adapt to what a first-team schedule would look like; hectic and a lot of games in a short period.”

Before spending the week at Pennyhill Park, Butler had previously relished the opportunity of training with the first team on a few occasions at the club’s training base at Fairwood.

“I have been up to Fairwood three times now and sometimes you just have to pinch yourself when you look around and see who you’re playing with, it’s brilliant,” added Butler.

“After training with the first-team you just think ‘I want more of that’ and every time you do it’s a big occasion and gives you that bit of extra motivation. You need to remember those days and hopefully they come around more often.”

The demands of the pre-season schedule have whet Butler’s appetite for the upcoming season, but the defender is determined to keep learning at any opportunity.

“I want to kick on, I want to just see where the season goes. I want to pick up as many minutes as I can with the under-23s and just go from there,” he added.

“I don’t want to get too ahead of myself, just take each game as it comes. I don’t want to look too far into the future, I just want to keep learning, keep developing and see where it takes me.” 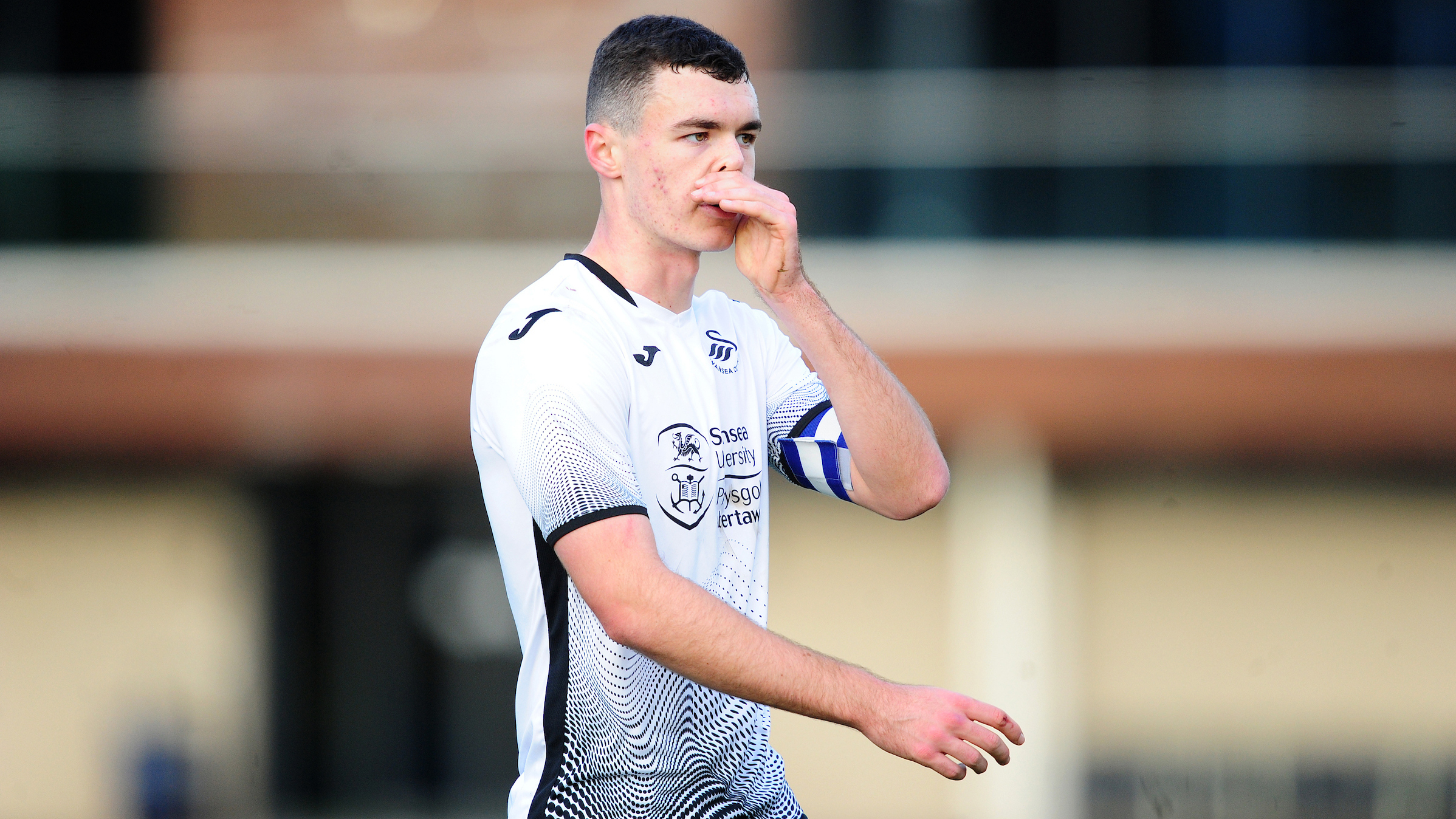 Swansea City Under-18s skipper Scott Butler has opened up on the huge sense of pride he feels whenever he pulls on the armband.