With the season over, we take a month-by-month look back at the 2018-19 campaign for Swansea City. Here, we reflect on April. 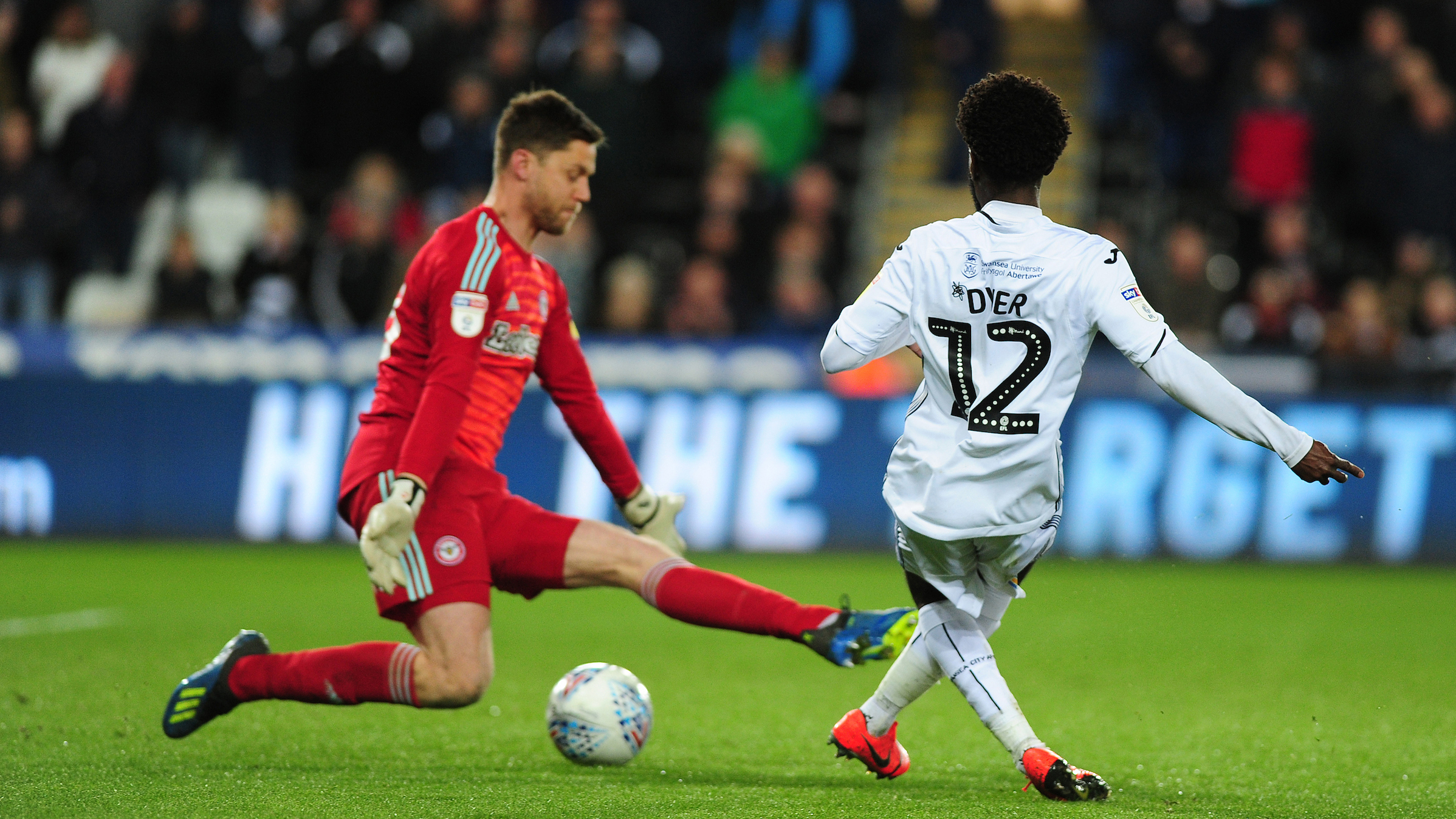 The Swans ended a run of four-straight defeats in all competitions with Dyer netting twice in the opening half, having last scored for the club in the league against West Brom in August 2014.

Daniel James made the game safe with 12 minutes remaining to continue an excellent run of form at the Liberty. 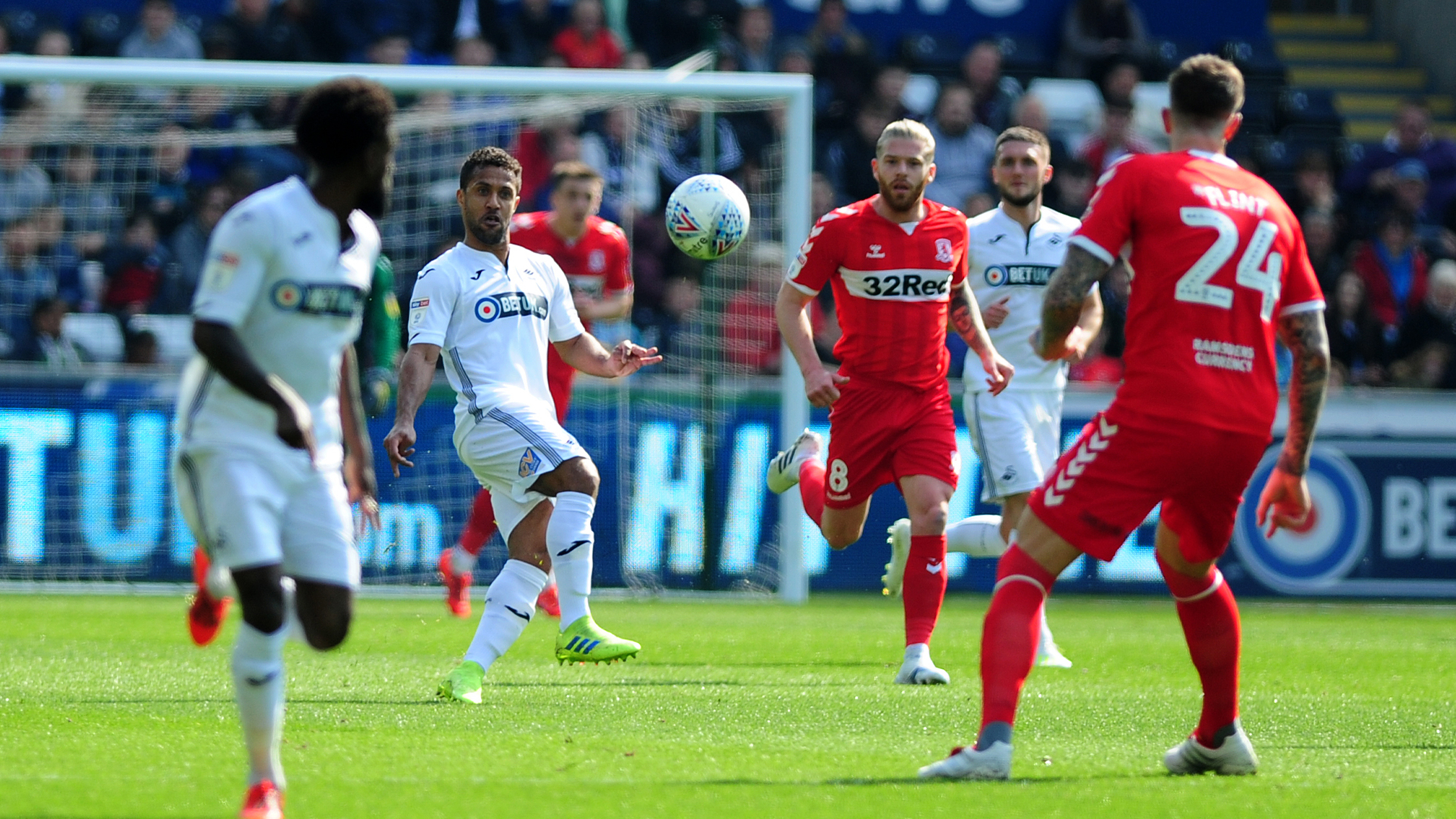 Swansea City made it two emphatic home wins in the space of four days as they completely dominated Middlesbrough at the Liberty Stadium.

Matt Grimes netted a penalty on his 50th Swans appearance and Wayne Routledge’s slick finish put the hosts in control at the break, with Connor Roberts putting the seal on victory with a close-range effort.

George Saville rifled home for the visitors, but the result was beyond doubt by then.

In truth, such was the Swans’ superiority the margin of victory could have been far greater, with Daniel James, Nathan Dyer and Bersant Celina all failing to convert from excellent positions.

But Graham Potter was delighted with the authority and fluency in his side’s play against a Middlesbrough outfit who had been firmly among the promotion contenders all season.

The result meant the Swans had won four in a row at home in the league for the first time in 13 months, and had seven wins from their last 10 games in SA1. 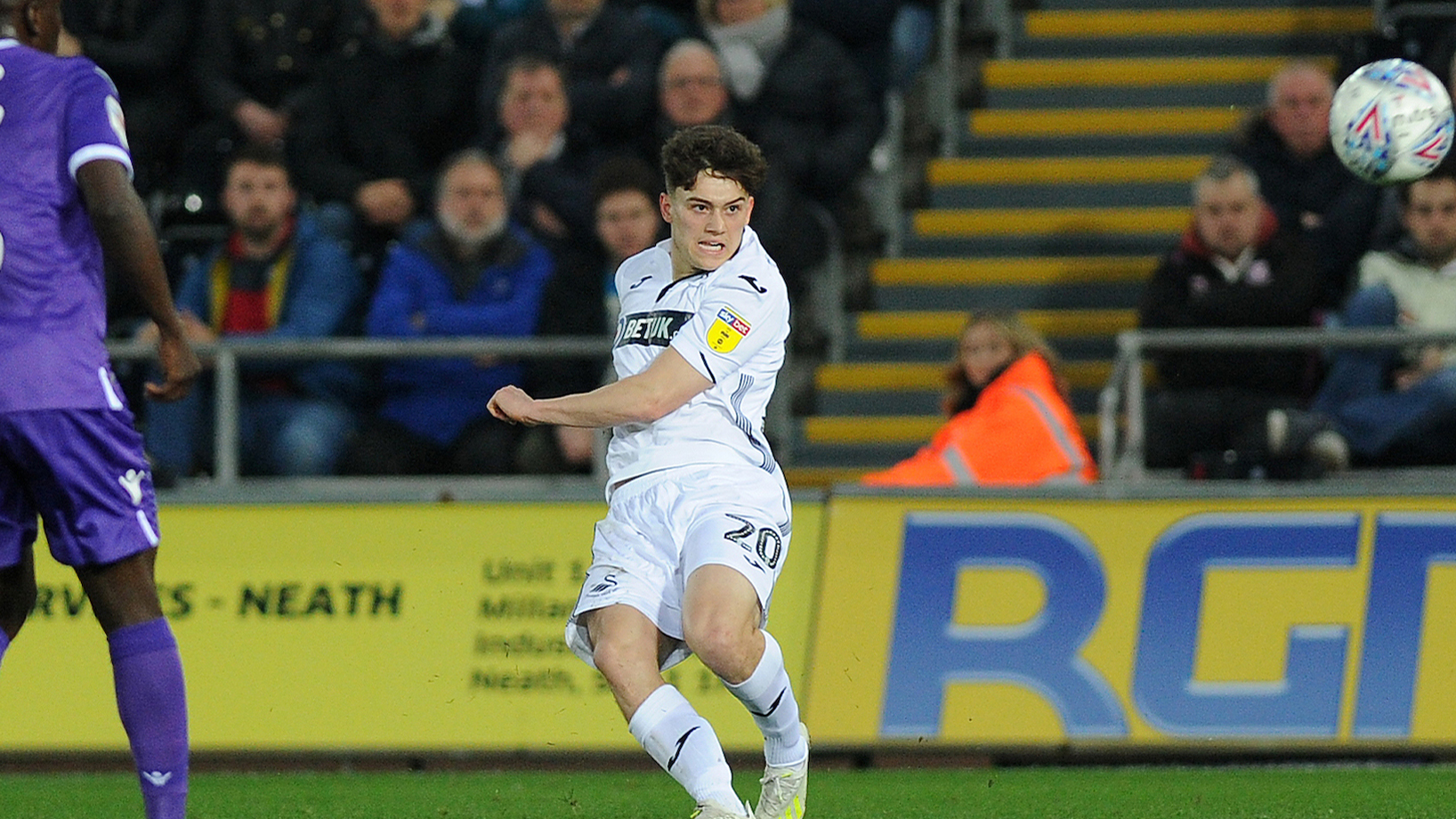 Swansea City recorded three wins in a row for the first time during the season as they eased past nine-man Stoke at the Liberty.

The Swans had surged into a 2-0 lead thanks to a superb strike from Daniel James and Mike van der Hoorn’s close-range finish.

James' stunning solo strike saw him cut in from the left before curling a right-footed effort in off the far post, while van der Hoorn steered in Wayne Routledge's cross.

They were pegged back by James McClean on the stroke of half-time, but the visitors saw Bruno Martins Indi and Tom Edwards sent off – with all their cards coming for fouls on James – to end their hopes of a comeback.

And Oli McBurnie made sure of the three points by heading in his 19th goal of the season in the closing stages.

The last time Swansea won three league games in a row had been at the tail-end of the 2016-17, and this result also ended Stoke’s run of six games without conceding a goal.

It kept Swansea’s outside chances of a play-off berth alive, but once more it was the manner of the victory that was most pleasing as Graham Potter’s men picked up where they had left off against Brentford and Middlesbrough. 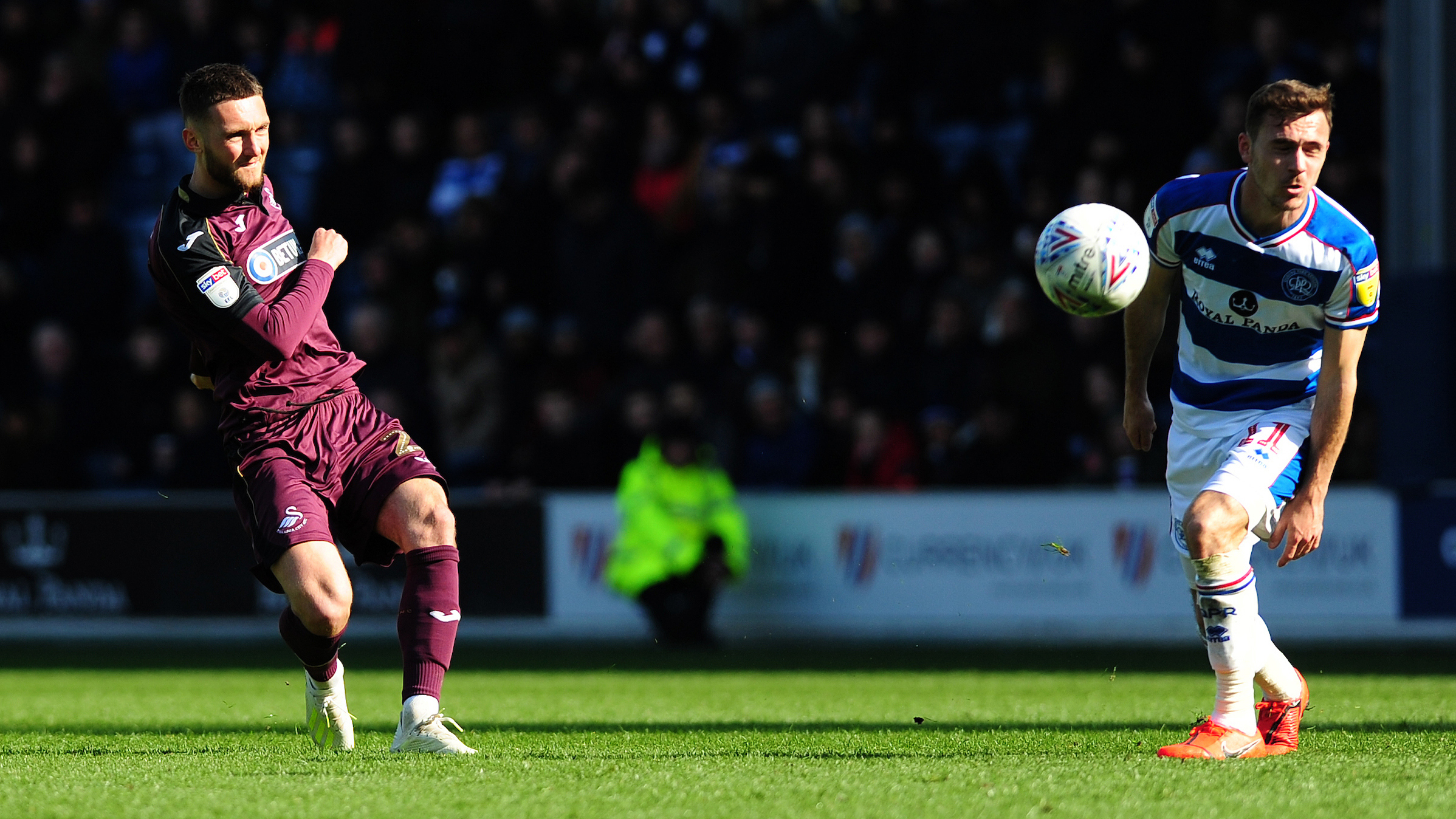 Swansea City suffered their heaviest defeat of the season as the visitors never recovered from an awful start at Loftus Road.

Graham Potter’s side had trailed by two goals inside the opening five minutes as Darnell Furlong headed in the opener, before Tomer Hemed fired home a second.

It soon got worse as Hemed’s second on 17 minutes made it 3-0, before Massimo Luongo compounded the Swans’ misery after the break.

It was a desperately disappointing afternoon as the visitors suffered a seventh-straight away defeat against opponents who – prior to kick-off – had won just once since Boxing Day in the Championship.

Swansea were nowhere near reaching the levels of performance seen in Liberty wins over Brentford, Middlesbrough and Stoke and had no complaints after being unable to handle a full-throttle opening from the hosts as well as suffering familiar issues defending set-pieces. 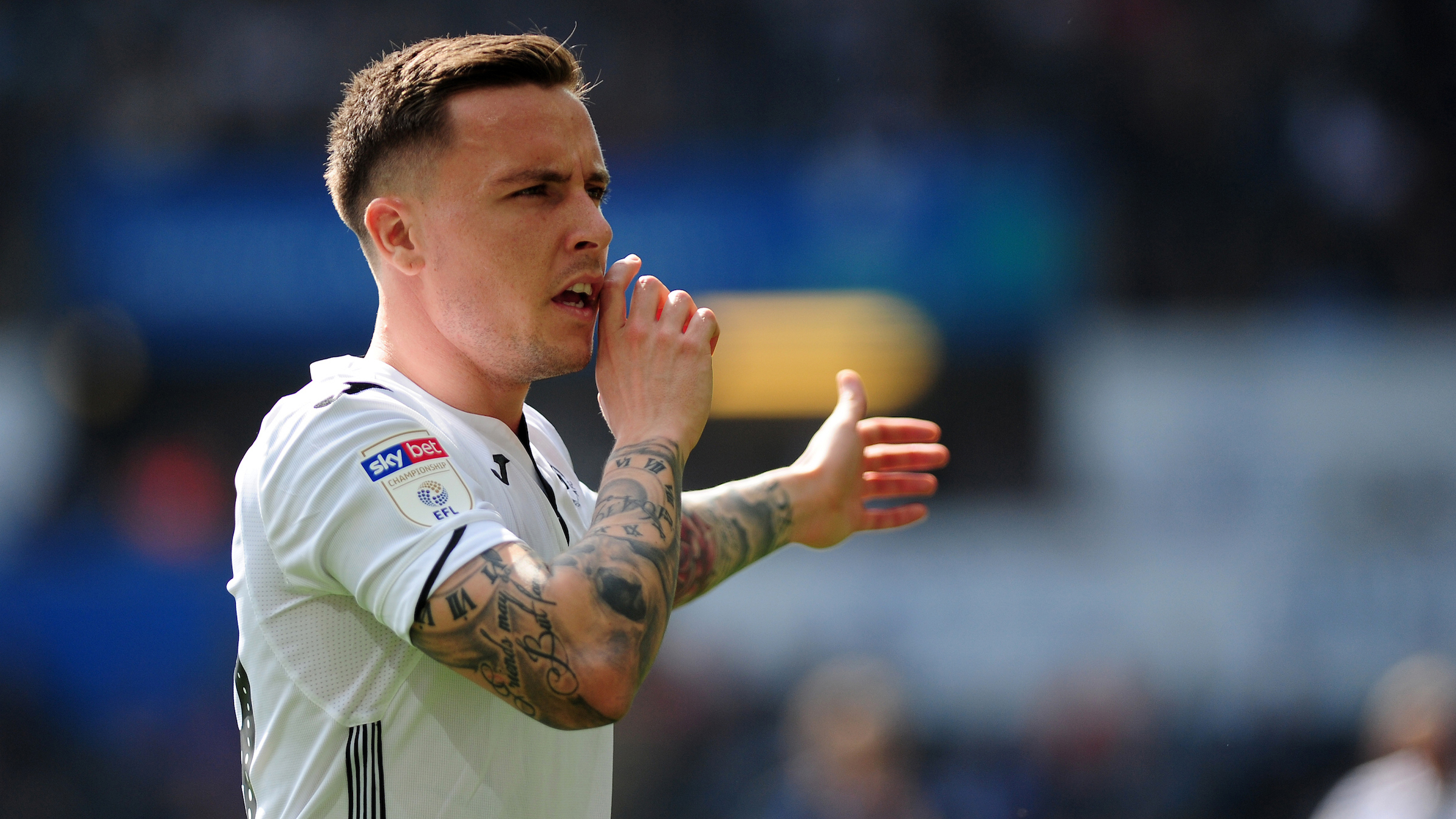 The Swans twice came from behind to make it six league victories in a row at the Liberty Stadium with a fine second-half comeback to win a seven-goal thriller against Rotherham.

The Swans trailed early on to a Michael Ihiekwe header and again at the break as Matt Crooks finished from close range.

Oli McBurnie had levelled, but the Swans took control as Barrie McKay, McBurnie’s second and a George Byers effort put them 4-2 up.

Captain Will Vaulks smashed home to narrow the visitors’ deficit but the Swans emerged victorious in a remarkable contest.

It continued Swansea’s best run of home form since the 2007-08 campaign and saw Potter’s men climb to 11th place. 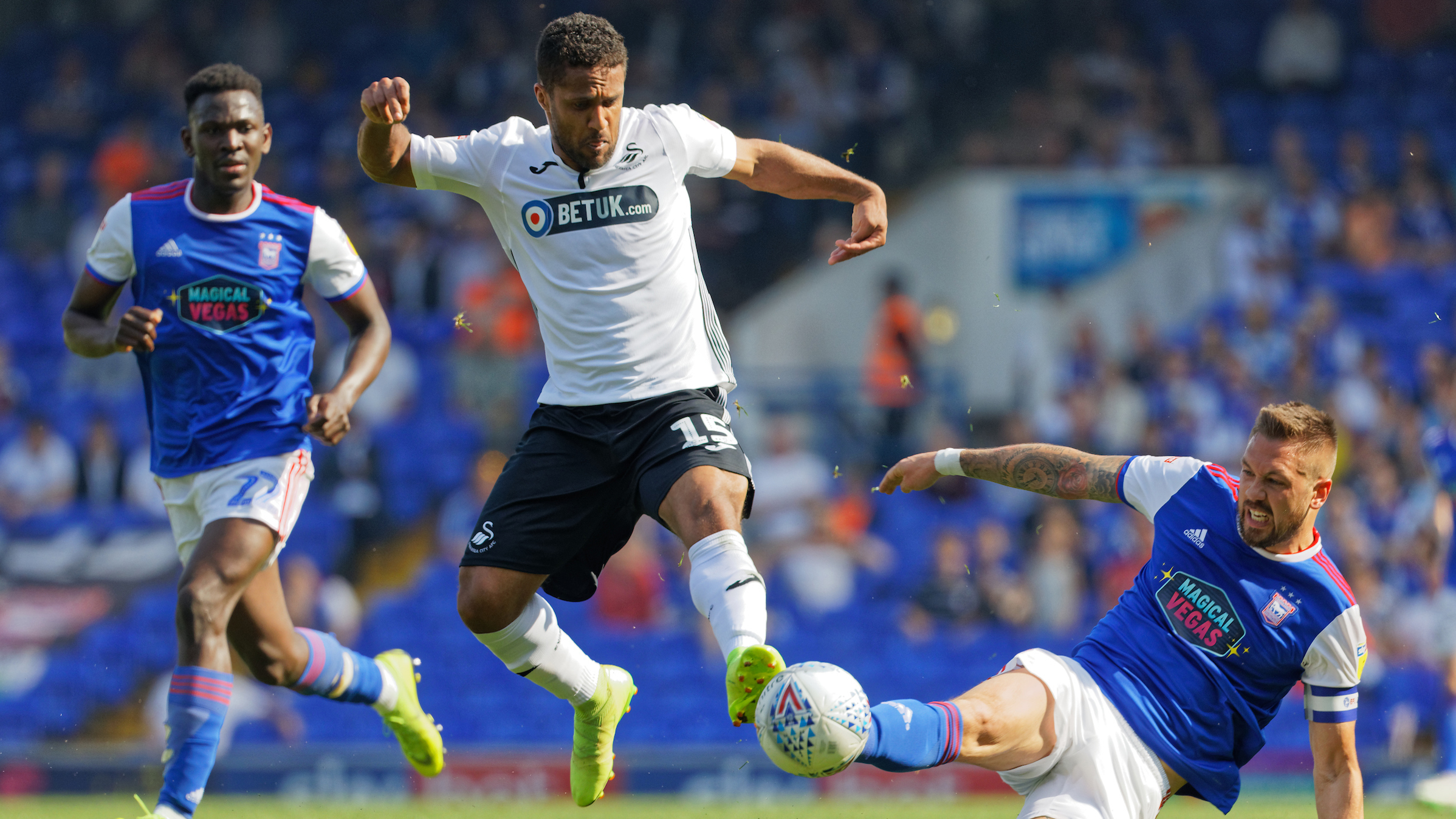 Wayne Routledge ended Swansea’s run of seven consecutive away defeats as he netted a second-half winner at Portman Road.

In a sluggish end-of-season contest, Routledge was the first to react to the rebound when Daniel James’ shot struck the post in the 57th minute to sink relegated Ipswich with a fine finish.

James and Routledge had both spurned chances in the first half, while George Byers was booked for simulation when the midfielder felt he had been fouled by Ipswich keeper Dean Gerken.

But it did not matter as Routledge's fourth goal of the season settled matters, and there was the boost of seeing Leroy Fer return after three months out with a hamstring injury.

The win moved the Swans up to 10th in the Championship table, and they were five points shy of the play-off places with three games to play. 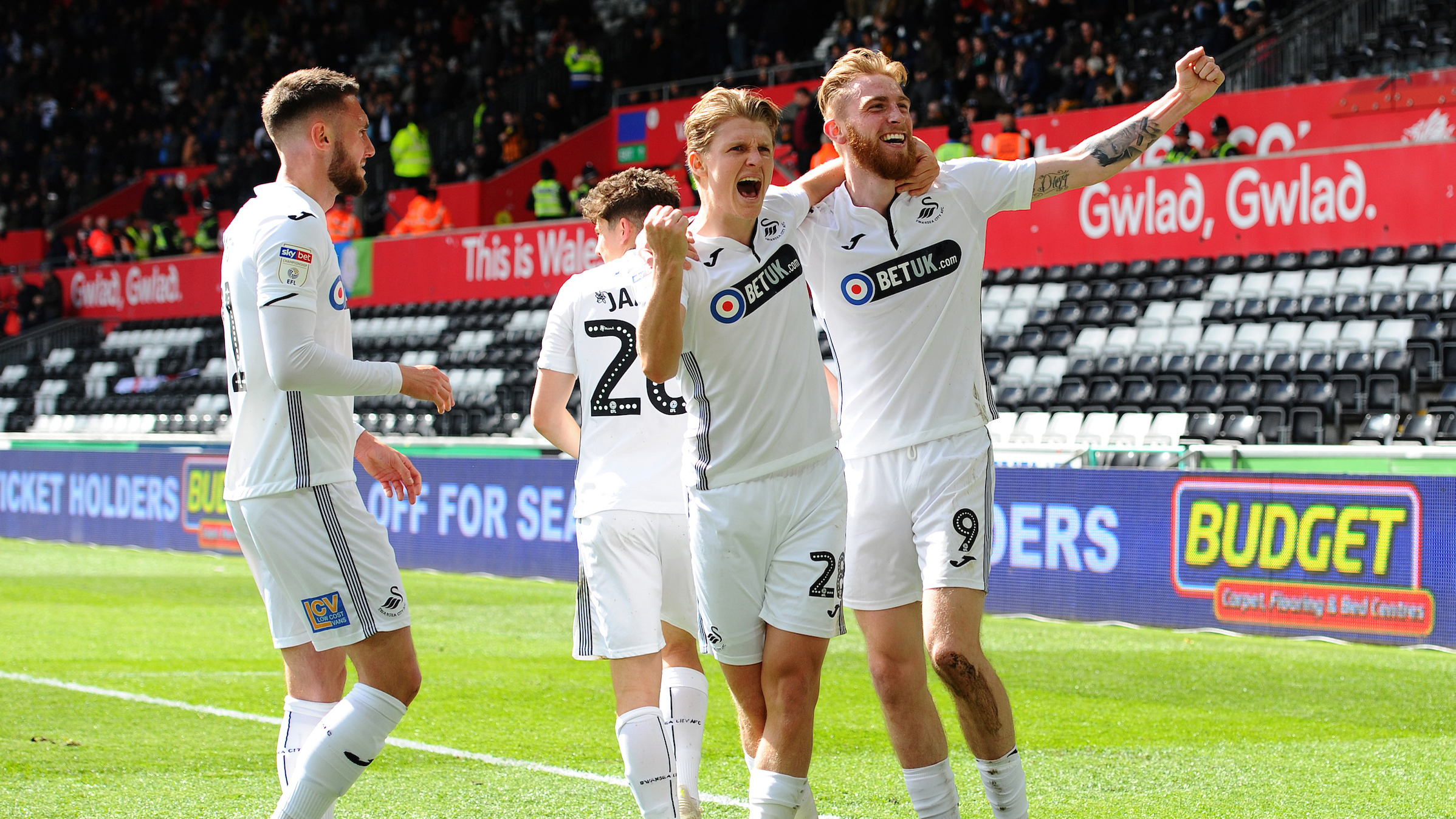 Swansea City saw their Championship play-off hopes ended as they lost a two-goal lead to draw with Hull.

Graham Potter’s men had looked on course for a seventh-straight home victory when OIi McBurnie’s brace had them in the ascendancy.

The Scotland international turned home Wayne Routledge’s cross for the opener, and then added the second with an excellent header, with Daniel James the provider.

But Jarrow Bowen pulled one back for the Tigers before another close-range finish – this time from substitute Nouha Dicko – levelled matters.