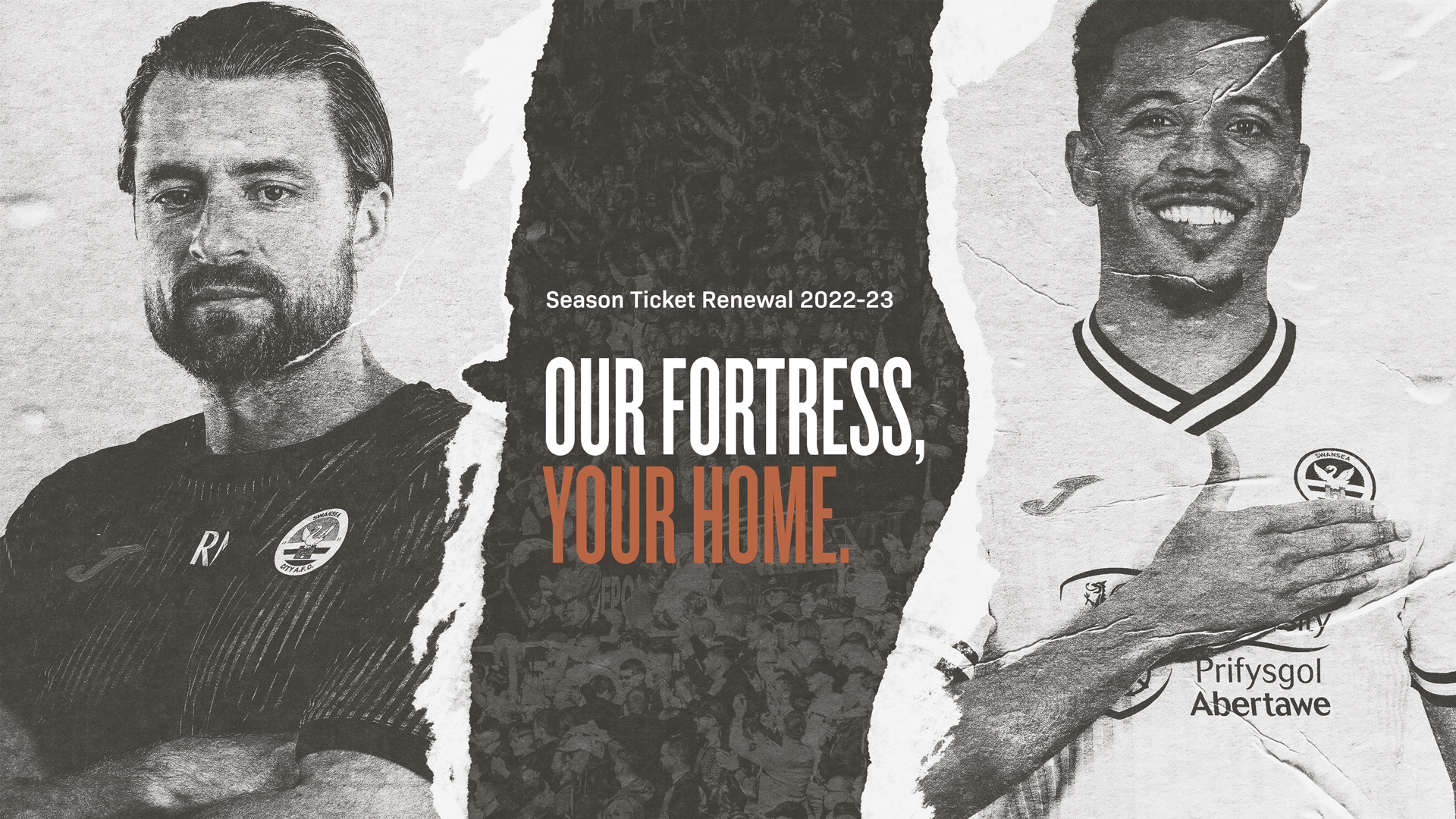 Swansea City would like to remind season ticket holders of the deadline to renew for the 2022-23 campaign.

Supporters who wish to renew their ticket(s) and keep their seat for the 2022-23 season must do so before midnight on Thursday, March 31.

We recently caught up with Swans fans Chloe and Rhys, to learn what they most love about being season ticket holders.

“We’ve made friends for life and it feels like one big family,” said Rhys, who sits alongside Chloe in the East Stand.

Chloe added: “It’s nice to have a hobby to do together, that we both really enjoy. The community is amazing and also I’ve only really been supporting the Swans for about four years now but it feels like I have my whole life – I’m just obsessed! I’m always the loudest in the row!”

“I definitely recommend that girls come to the games with their partners because you might love it - just like I did! I was obsessed after two or three games. I’m still here today and will be for many more years to come. Just do it, don’t question it - it’s amazing.”

Swansea City is delighted that Chloe and Rhys will be joining us again as 2022-23 season ticket holders. Our East Stand is home to some our most vociferous supporters, so if you are looking to sing from the first whistle through to the last, this is the stand for you. We also recommend this area for any supporters looking for a lively atmosphere.

Season ticket renewals are open until the end of March, with our exclusive pre-sale for general sale opening on April 1.

Any supporter who registers their interest for a new season ticket before March 28 will be able to access an exclusive pre-sale.

These supporters will have exclusive access to purchase their season ticket before other supporters between April 1 and April 7.