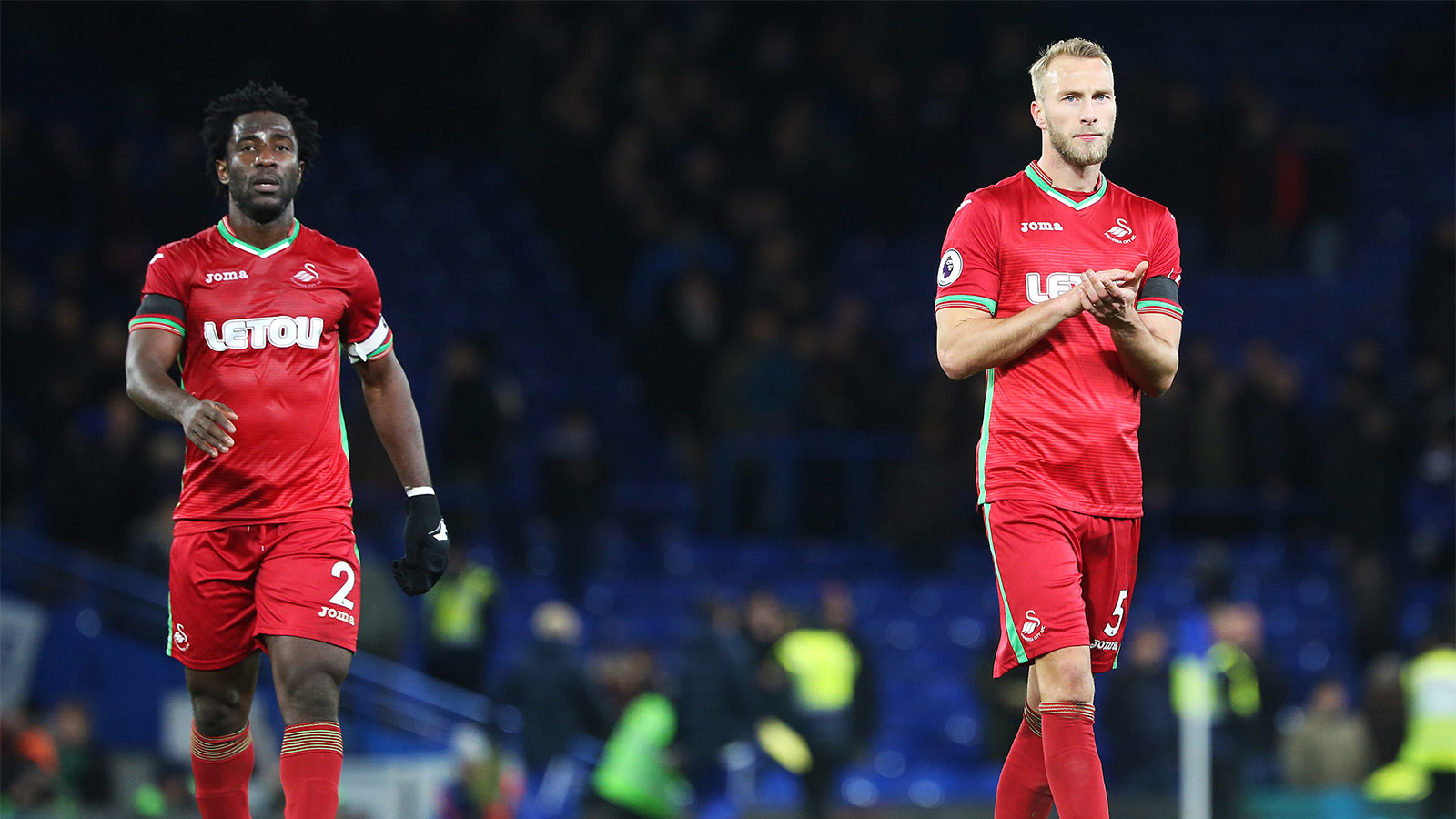 Mike van der Hoorn believes the Swans are showing signs of improvement despite a narrow defeat at Chelsea on Wednesday night.

Paul Clement’s side slipped to a fifth defeat in six games as Antonio Rudiger’s 55th-minute header proved the difference.

The visitors were forced to soak up a large amount of pressure at Stamford Bridge, with Lukasz Fabianski making a number of fine saves to deny the defending champions.

Defeat leaves Clement’s side off the bottom only via goal difference ahead of Saturday’s trip to Stoke City.

But van der Hoorn believes there were positives to take from the team’s performance in West London.

“We started well and had a good spell, but then we dropped back a bit more as they pressed us,” said the Dutch defender.

“We couldn’t work ourselves out of it so we had to dig in and make sure we got to the break on level terms.

“Although we didn’t manage a shot on goal in the first half, which was poor from us, we did take a clean sheet into the break.

“It’s a difficult situation because if you play an open game and make risky passes at a place like Chelsea then you know they are going to punish you.

“So we had to keep it tight and try to work our dangerous players into space, which is difficult against teams like Chelsea.

“But, overall, I think we showed signs that we are improving and there were positive things to take from the game.”