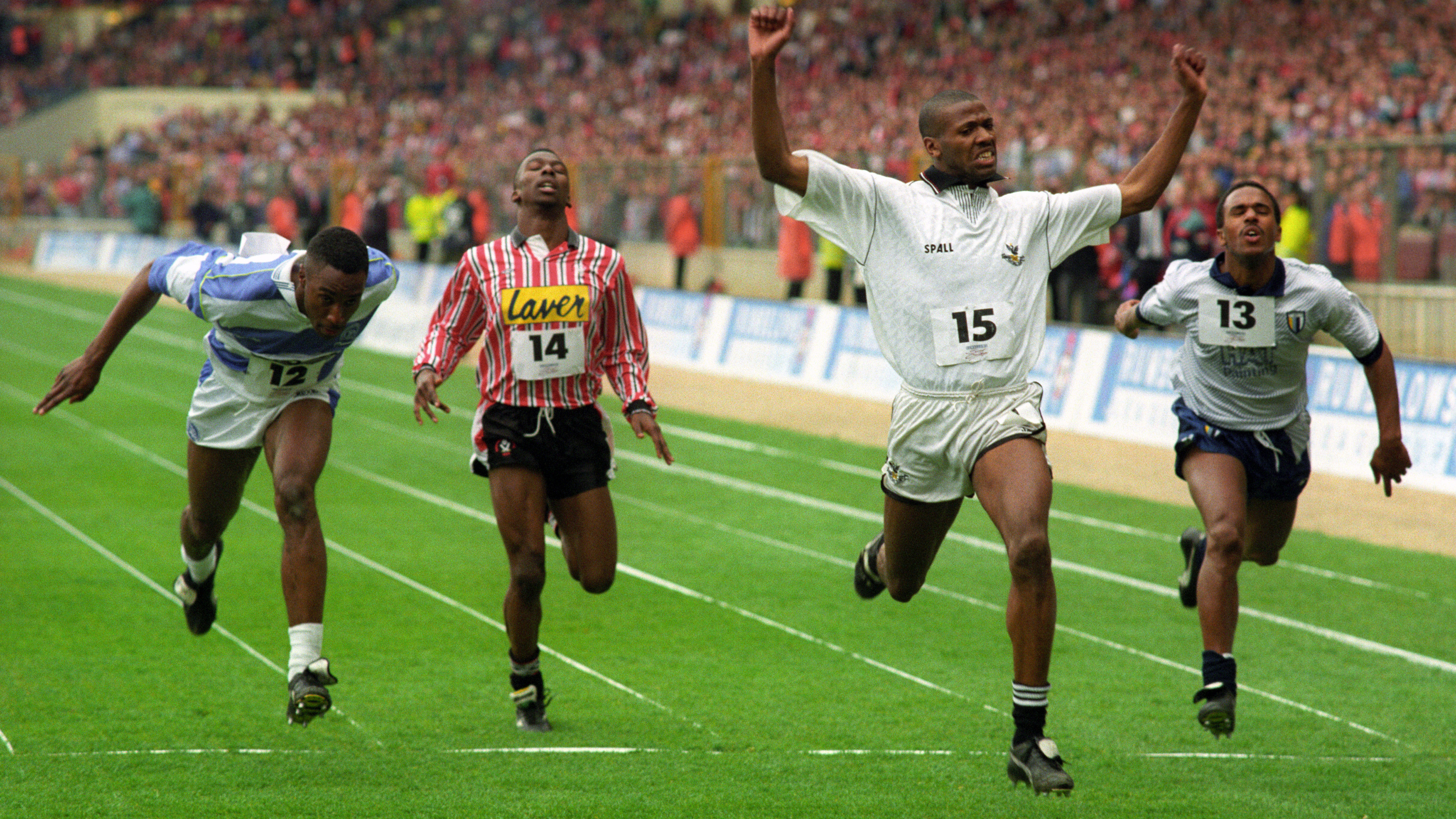 Swansea City striker John Williams crosses the line to claim bragging rights in the Rumbelows Sprint Challenge at Wembley in 1992.

Williams, known as 'the Flying Postman' owing to his speed and former occupation, had scored for the Swans in a draw at Darlington the previous day and headed for Wembley ahead of the weekend's League Cup final.

The sprint challenge had been thought up by the competition sponsors as a means of finding the fastest player from the 92 clubs in the Football League.

Every club could nominate an entrant, with the regional heats being shown on the Saint and Greavsie show on ITV.

Despite a slow start, Williams eased through the field to take the tape first in 11.49 seconds, plus a cheque for £10,000 and a new television from Rumbelows.