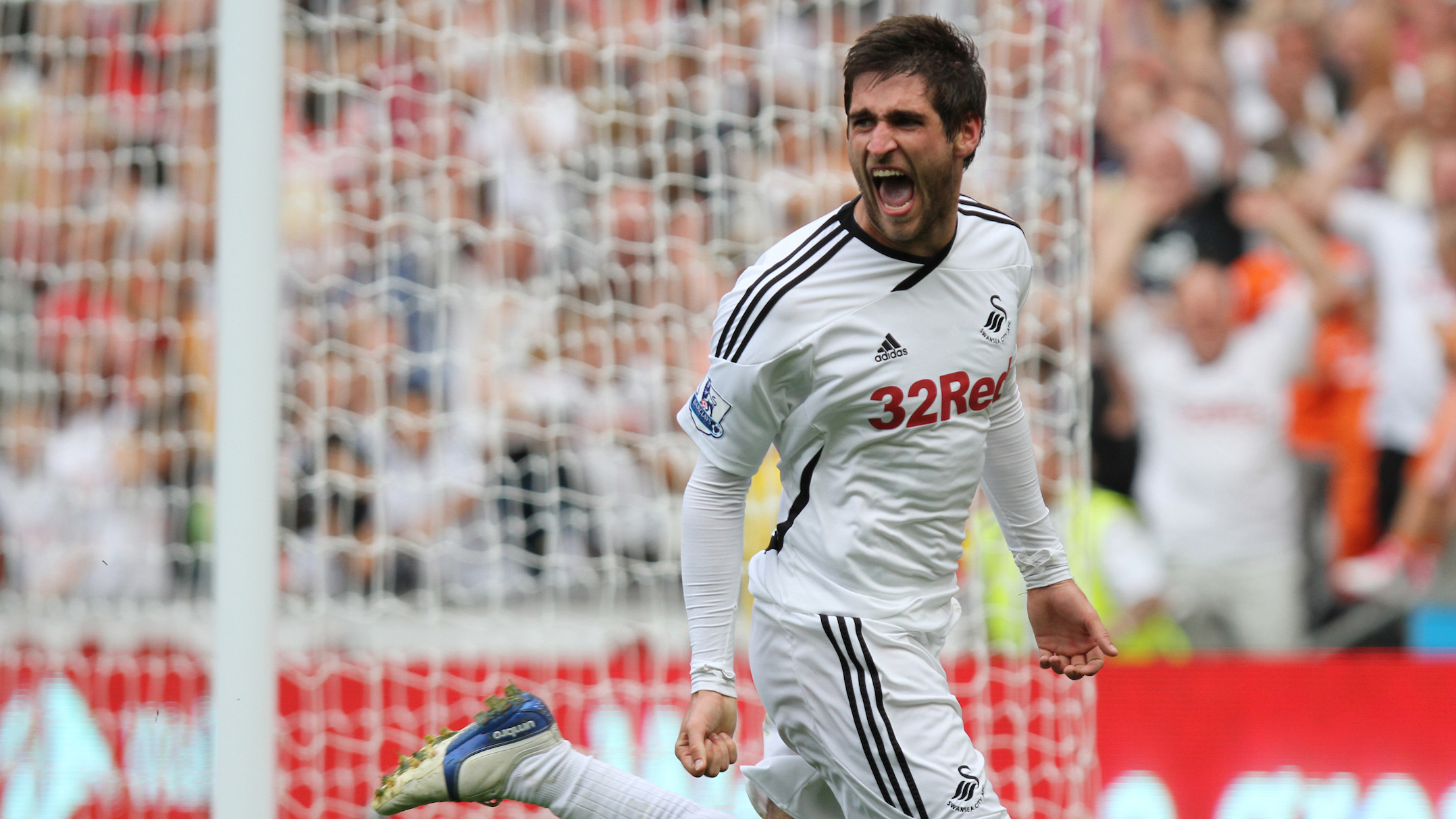 Snapshot | Graham gets off the mark

Striker Danny Graham wheels away in delight after scoring his first goal for Swansea City in a 2-0 victory over Stoke on October 2, 2011.

Graham had become the Swans' record signing when he arrived from Watford that summer for a fee of £3.5million. He had made six appearances without getting off the mark, but ended his wait for a goal to clinch another valuable three point.

In their return to the top division, Swansea had only one win from six to start off their campaign as Tony Pulis' Potters made their way to the Liberty Stadium.

However, Brendan Rodgers' side were unbeaten at home, and they would extend that record with this hard-earned win.

They claimed the lead when Scott Sinclair converted from the spot before half-time, after Ryan Shawcross had brought down Wayne Routledge.

And Graham’s first goal for the club helped seal the deal in the second period.

The forward picked up a loose ball in the Stoke area, before calmly lifting an effort over Asmir Begovic into the net with five minutes remaining.

The win pushed the Swans up to 10th place, just one point behind their opposition and one ahead of Arsenal.

Graham would go on to become the club’s leading goal-scorer that season with 14 in all competitions, pushing the club to an 11th place finish at the end of the campaign.