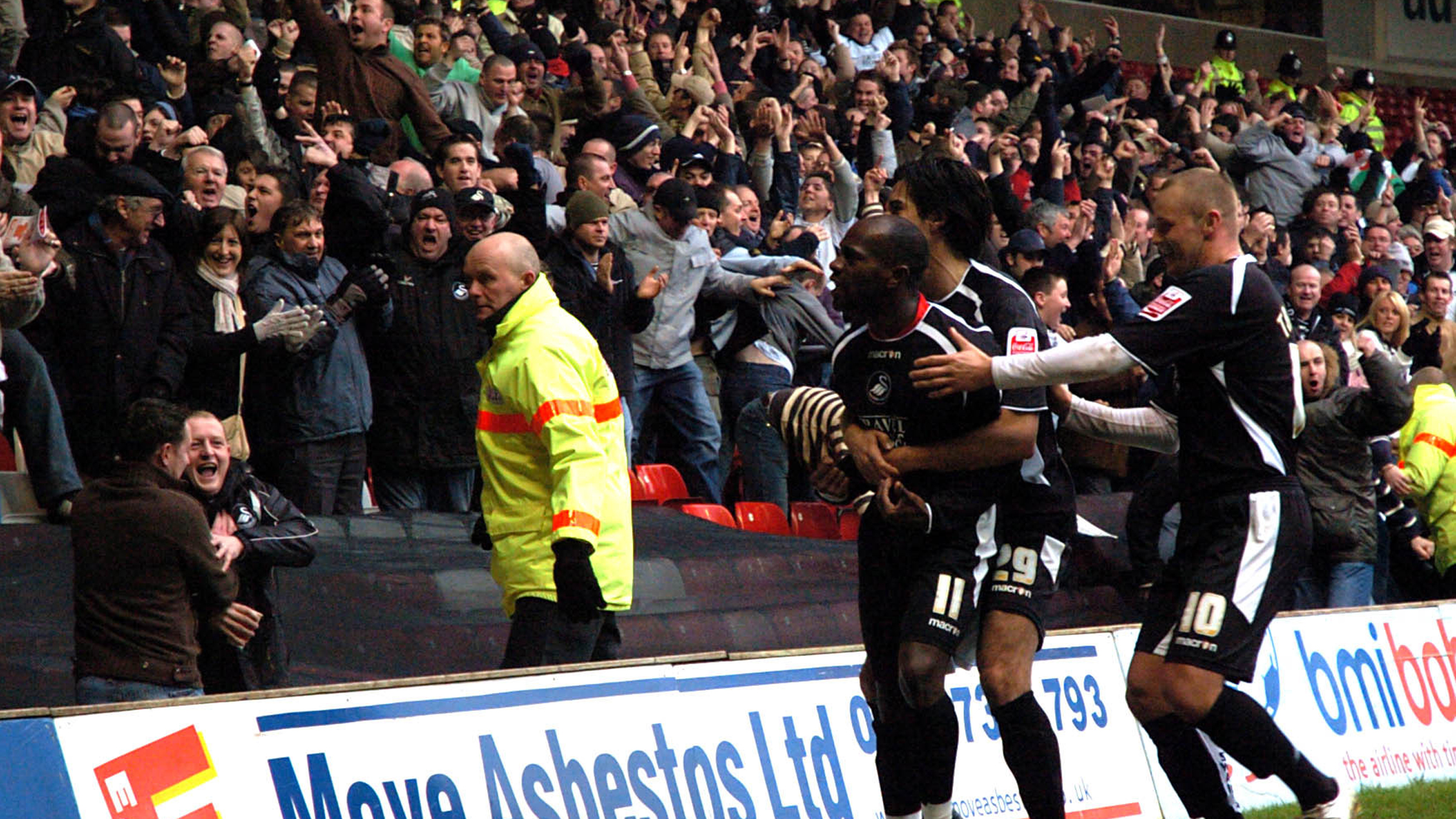 Snapshot | Joy for the Swans at Forest

Adrian Forbes celebrates in front of the travelling Jack Army after scoring for Swansea City at Nottingham Forest.

It was February 2006, and this was a big game for the Swans following their return to the third tier the previous spring.

And they took the step up to the higher level in their stride.

The Swans had drawn with Forest – arguably the division’s biggest club – at the Liberty earlier in the season thanks to a late goal from Roberto Martinez.

At the City Ground, they fell behind on 21 minutes to a goal from Nathan Tyson, but just six minutes later flying winger Forbes levelled when he raced on to a Martinez pass and lobbed home keeper Paul Gerrard.

And the Swans sealed a memorable victory midway through the second half when Lee Trundle curled home a brilliant winner.

The season ended with heartbreak, however, as Jackett’s team were beaten in the play-off final by Barnsley.