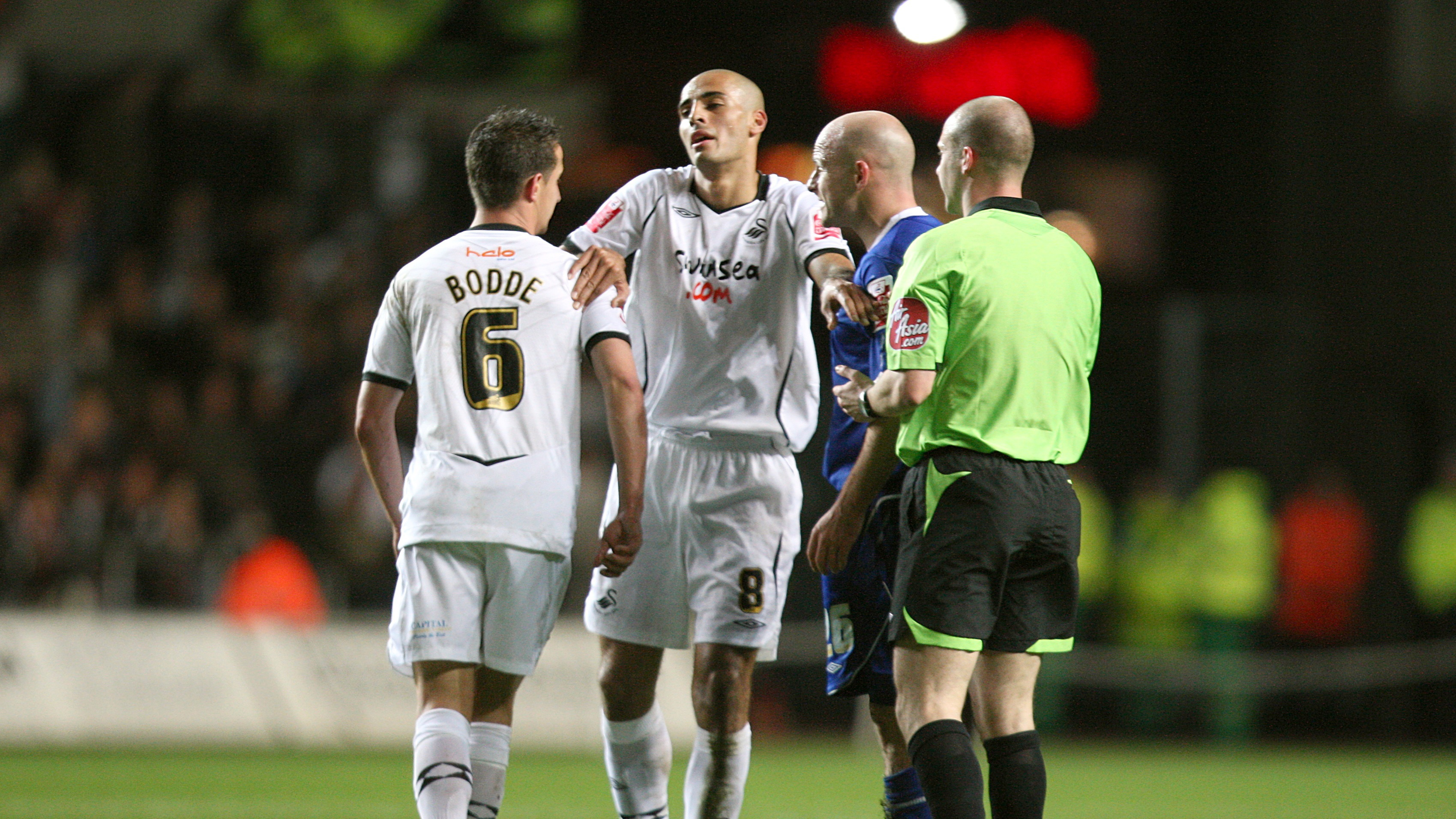 Darren Pratley acts as peacemaker to quell a war of words between Ferrie Bodde and Lee Carsley during a dramatic night at the Liberty on November 21, 2008.

Following their League One title success of the previous season, Roberto Martinez's side had made a fine start to life back in the second tier and were unbeaten on their own patch as Birmingham visited SA1 on a chilly Friday night.

It would prove an eventful evening, and one that would end in a 3-2 defeat for the Swans despite making a superb start as Jordi Gomez put them ahead after 90 seconds.

However, they were dealt a blow as the unfortunate Bodde suffered a serious knee injury that proved to be the start of string of injury issues for the talented Dutchman.

Marcus Bent then equalised for the Blues, although a Radhi Jaidi own goal restored Swansea's lead.

But the marksmanship of Kevin Phillips would ultimately settle the content in favour of the visitors; the striker heading in a James McFadden cross before firing in the winner just a few minutes later.

Swansea would finish the campaign in a fine eighth place, while Birmingham would be promoted after finishing second to rivals Wolves.