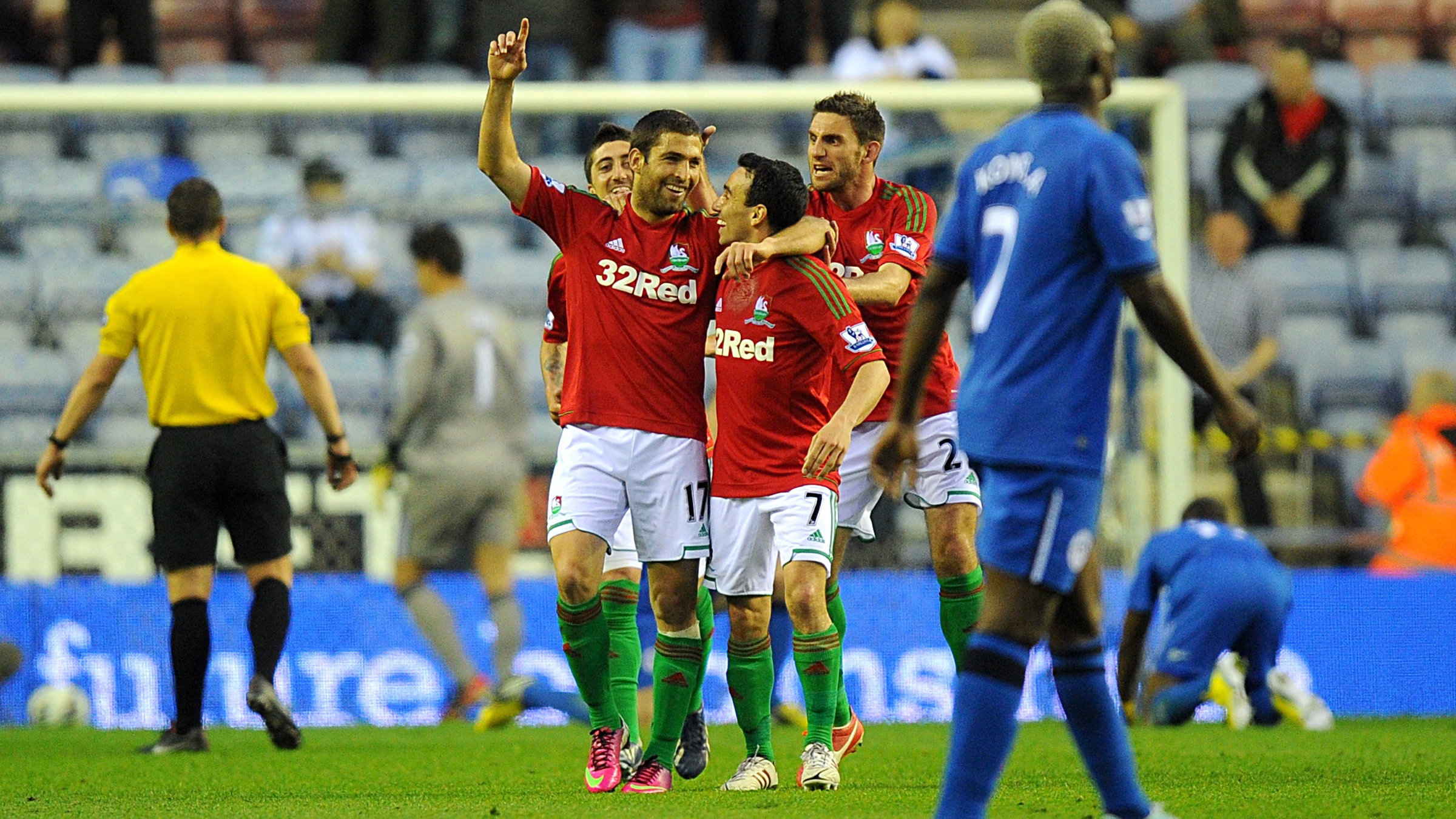 Itay Shechter celebrates after scoring what proved to be his solitary Swansea City goal.

It was May 2013, and Michael Laudrup’s Swans were struggling for form at the tail-end of what had been a fine season.

The Swans were without a win in seven games having beaten Newcastle to reach 40 Premier League points with 10 fixtures still in front of them.

Laudrup’s side had also lifted the League Cup, yet a desire to return to winning ways was apparent as they took on Roberto Martinez’s struggling Wigan side at the DW Stadium.

The Latics took the lead just before half-time through Roger Espinoza, but Angel Rangel equalised early in the second half.

Wigan quickly restored their lead thanks to James McCarthy only for Shechter to respond within six minutes.

With Wigan wobbling, the Swans sealed victory 14 minutes from the end when Dwight Tiendalli prodded the ball home.