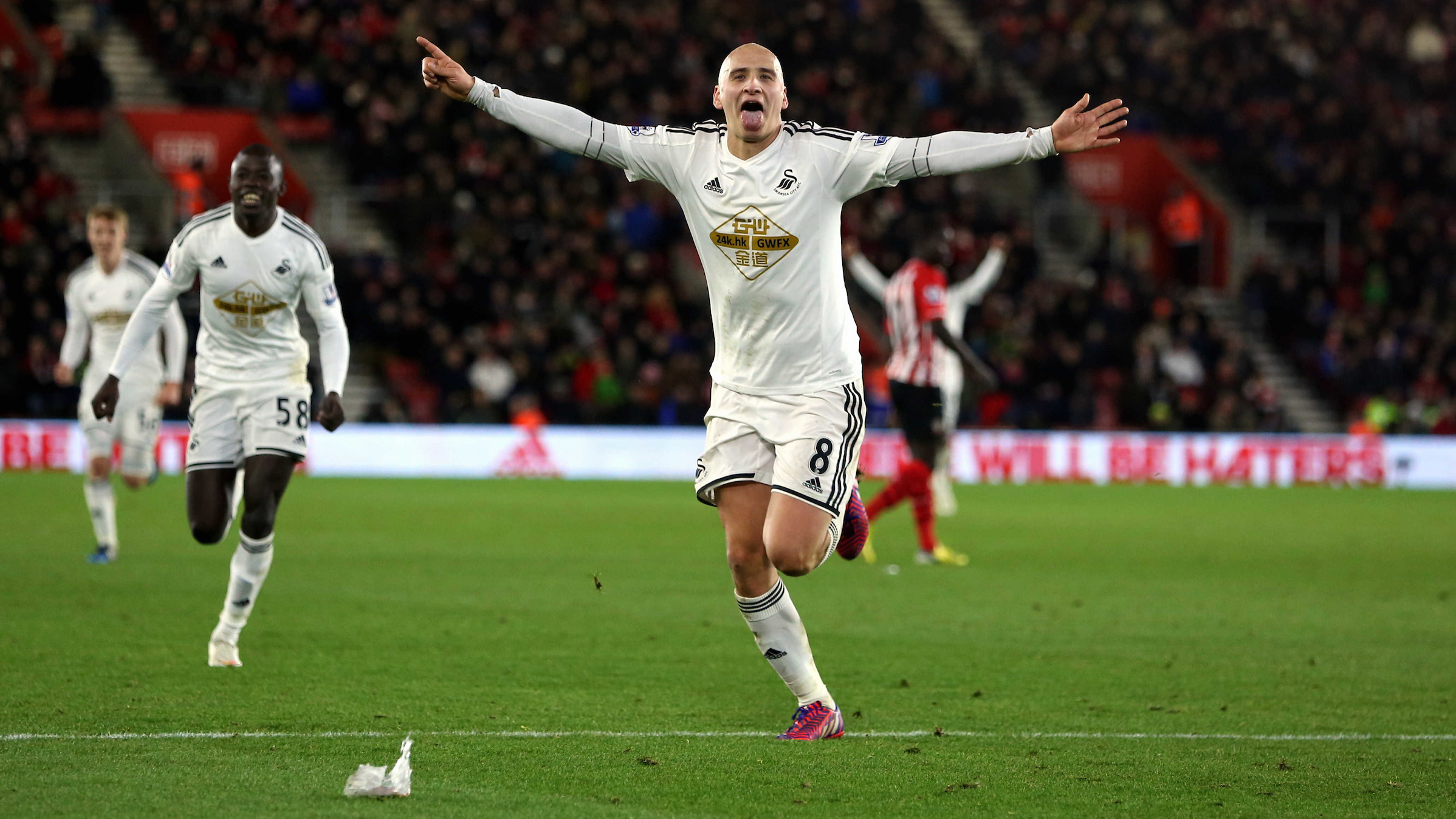 Jonjo Shelvey races towards the travelling support after his stunning strike ensured Swansea City won at Southampton for the first time in 62 years.

The 1-0 triumph on February 1, 2015, saw Garry Monk’s Swans climb up to ninth in the Premier League table as their fine campaign continued.

The high-flying Saints were in the Champions League places under the guidance of Ronald Koeman, but they would see a seven-match unbeaten run come to an end.

The Swans win owed much to the defensive reactions of Ashley Williams, who twice cleared off the line from Sadio Mane, while Lukasz Fabianski denied James Ward-Prowse.

Shelvey had already hit the post when he picked up the ball 25 yards out, set himself and unleashed an unstoppable drive beyond the grasp of Fraser Forster with seven minutes to play.

And Swansea’s task of seeing out the win was made easier when Ryan Bertrand saw red for a rash lunge on Modou Barrow.

Swansea would go on to finish eighth that season, their best placing during their time in the Premier League.