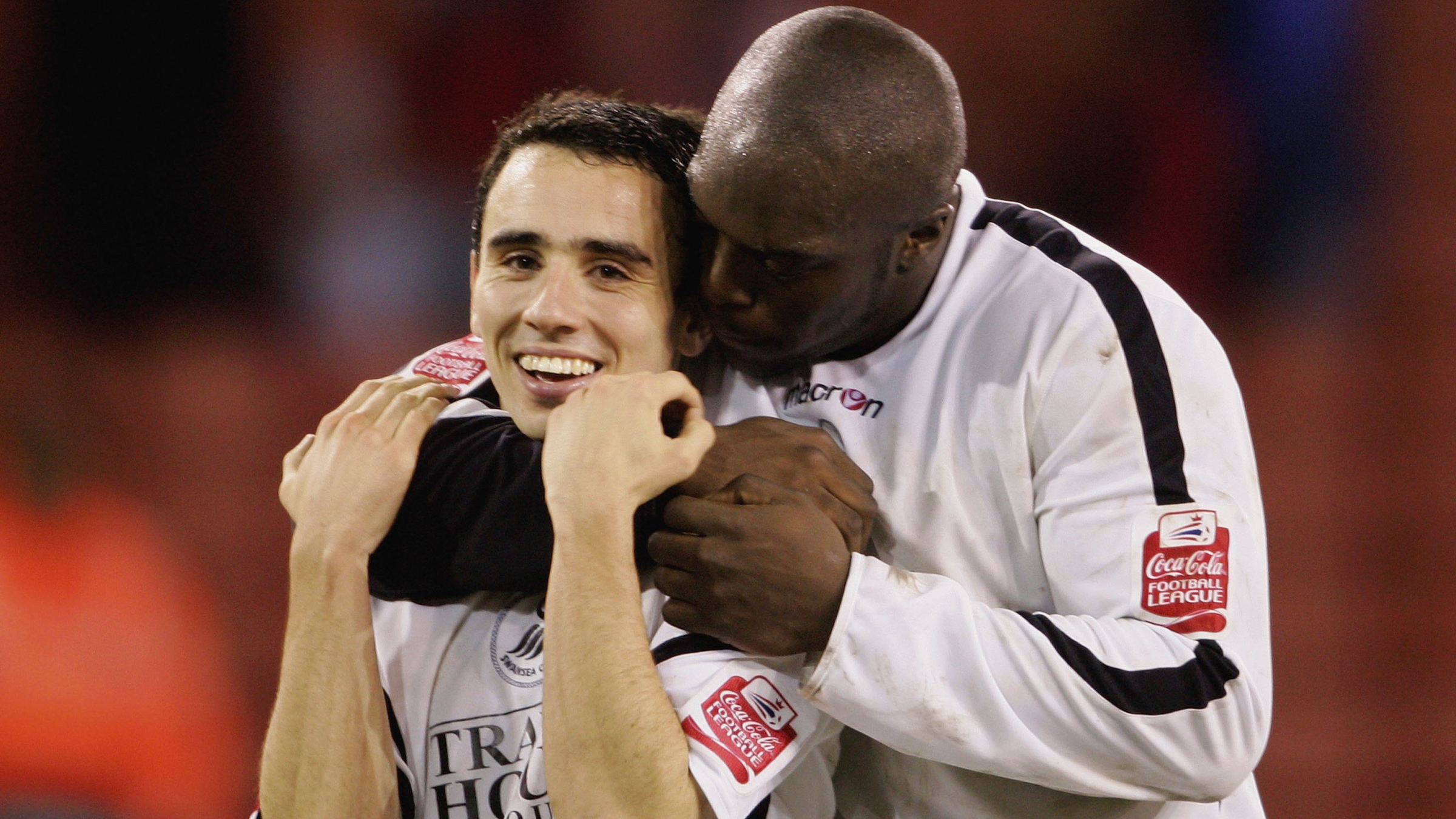 Snapshot | Swans slice down the Blades

Leon Britton gets a cuddle from Adebayo Akinfenwa after scoring the goal which put the seal on a famous FA Cup win for Swansea City.

Britton swept home from the penalty spot to round off a memorable 3-0 victory over Sheffield United back in January 2007.

The Swans, who were a League One club at the time, had already won away ties at Newport and Darlington to seal a place in the third round of the cup.

And their reward for those successes was a trip to Bramall Lane to face a Blades side who were then in the Premier League.

Kenny Jackett went north with a depleted squad, with the likes of Lee Trundle, Andy Robinson and Darren Pratley missing the game.

But that did not matter as the Swans outplayed Neil Warnock’s United side on their own patch.

The Swans ought to have led at half-time, with Rory Fallon going closest to opening the scoring.

But they progressed to round four thanks to three goals inside 14 minutes early in the second half.

First Kristian O’Leary crossed for Akinfenwa, and his persistence saw the ball drop for Tom Butler to fire home.

Britton then laid on a second for Butler, with the Irish wideman rattling his second beyond Paul Gerrard.

And the romp was complete when Butler burst forward again only to be upended by home defender Derek Geary.

Britton stroked in the spot-kick which followed to wrap up victory.