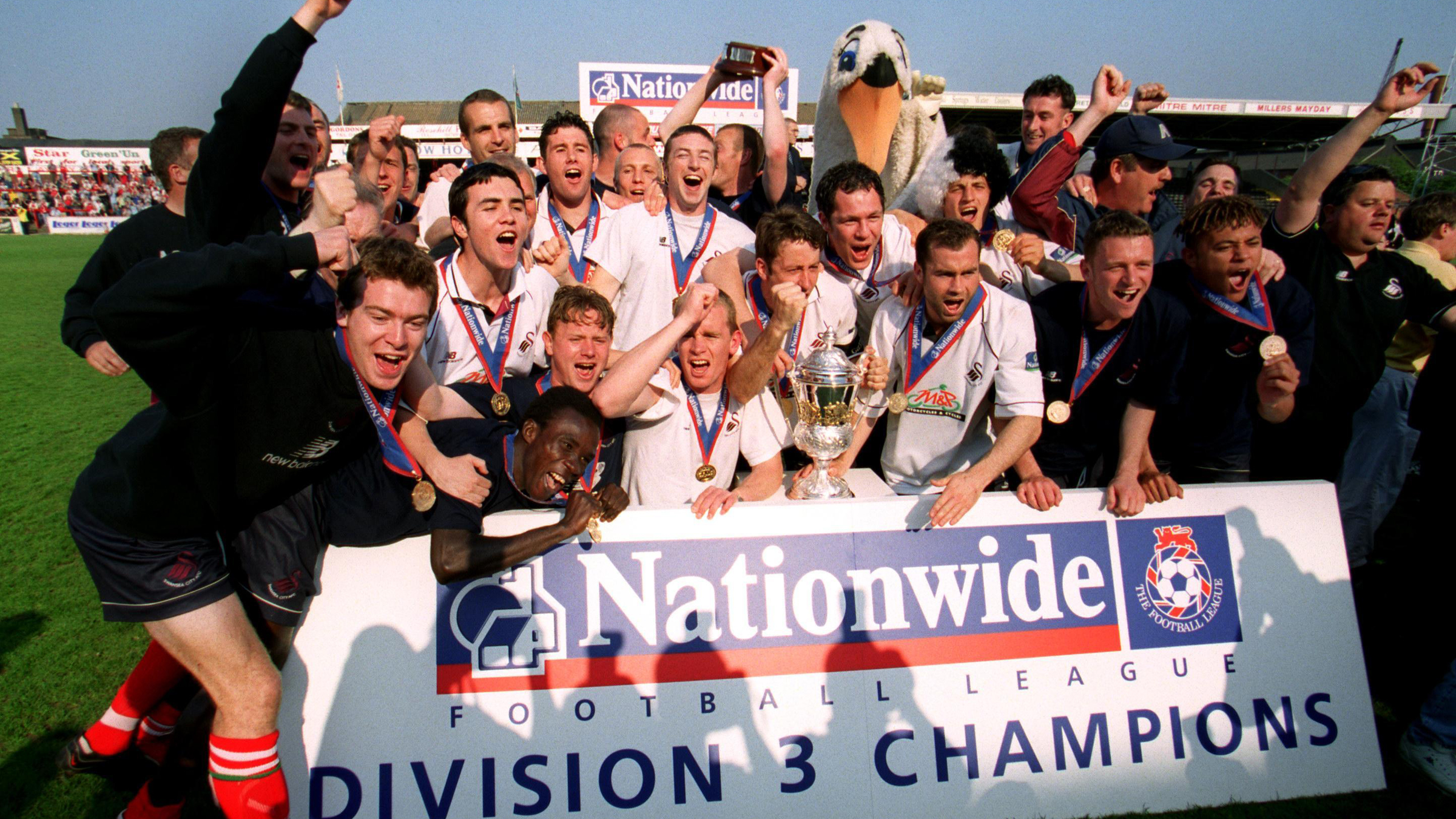 Swansea City’s players celebrate with the Third Division trophy having sealed the title on the final day of the season at Rotherham United.

The Swans went to Millmoor on May 6, 2000 knowing a draw would see them claim a first league championship since 1948-49.

And John Hollins’ resilient team got the job done in a game which featured two late penalties.

Matthew Bound put the Swans in front from the spot on 88 minutes.

Lee Glover then responded with a successful spot-kick for second-placed Rotherham, but the Swans got the point which ensured they came out on top.

The celebrations were cut short, however, as news came through that Swans fan Terry Coles had lost his life after being trampled by a police horse outside the stadium before the game.

Once the Coronavirus threat has ended, Terry’s family will officially open a small Swansea City Memorial Garden in memory of those supporters who have passed away over the years and also suffered loss during the current pandemic.

Work on the memorial garden was completed just before the lockdown with support from builders’ merchant Exall and Jones.

Situated around the Ivor Allchurch statue in front of the South Stand, it includes a number of benches for reflection, a potted remembrance tree potentially for ashes, and two presentation displays for flowers.

A special plaque will be unveiled in due course along with a memorial service in memory of Terry and all former Swans fans who are sadly no longer with us.