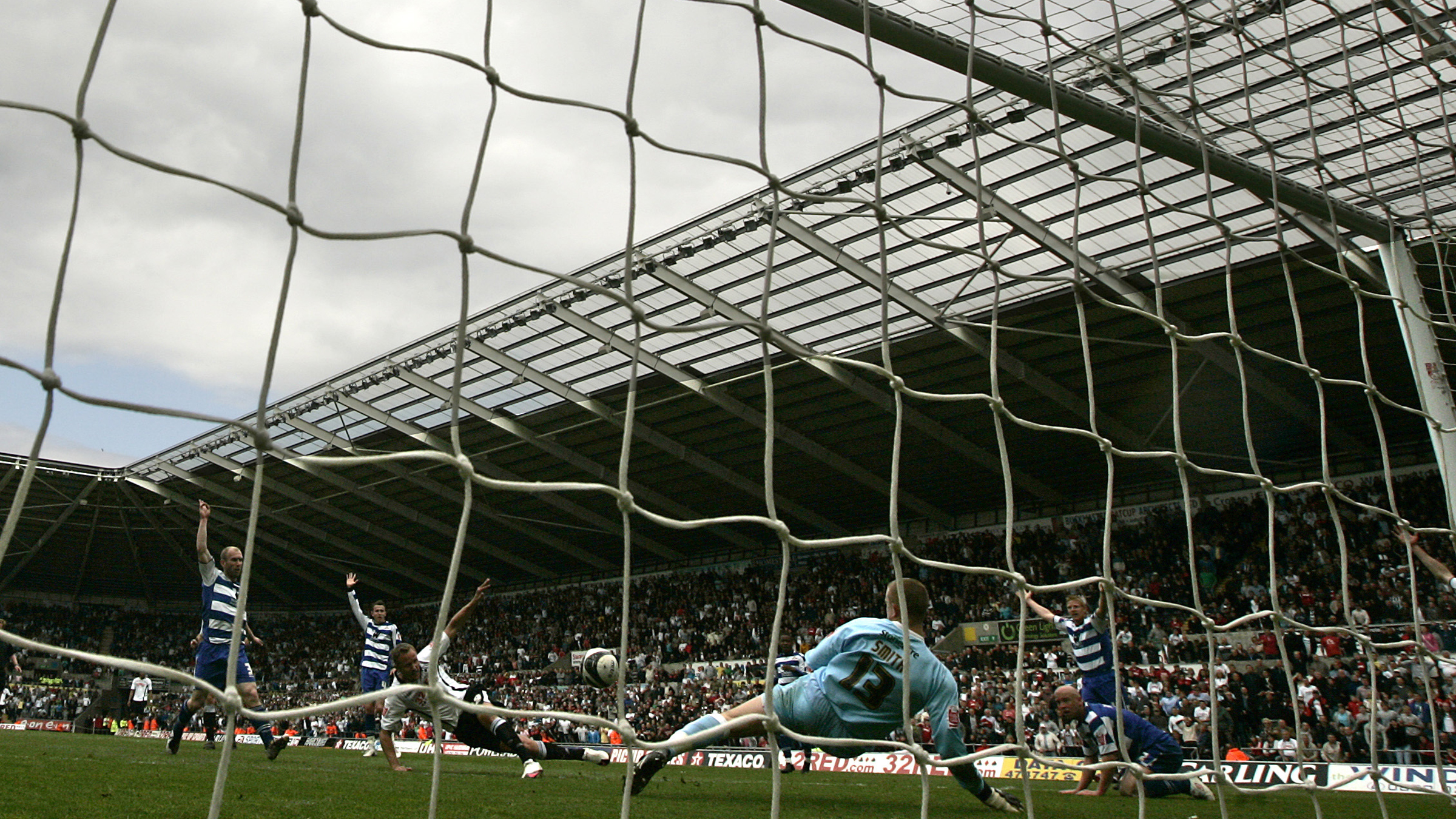 Lee Trundle sweeps the ball goalwards in a moment which might have changed the course of Swansea City history.

Trundle’s effort found the target – but celebrations were cut short.

It was May 2, 2010, the final day of the Championship season and the Swans’ home game against Doncaster Rovers was in stoppage time.

The Swans were desperate for a goal, and it seemed for a second they had made the all-important breakthrough when Trundle steered the ball past Rovers keeper Ben Smith.

But as Doncaster’s players appealed, referee Grant Hegley ruled that the Swans’ talismanic striker, who was making what proved to be his final appearance for the club, had handled the ball before guiding it home.

Not long afterwards, the final whistle blew with the game goalless.

Had the Swans seen off mid-table Doncaster, they would have been in the Championship play-offs.

But the draw meant they finished seventh in the second tier, and not long afterwards boss Paulo Sousa left for Leicester City.

That prompted Brendan Rodgers’s arrival in Wales, and 12 months later the Swans were promoted to the Premier League.