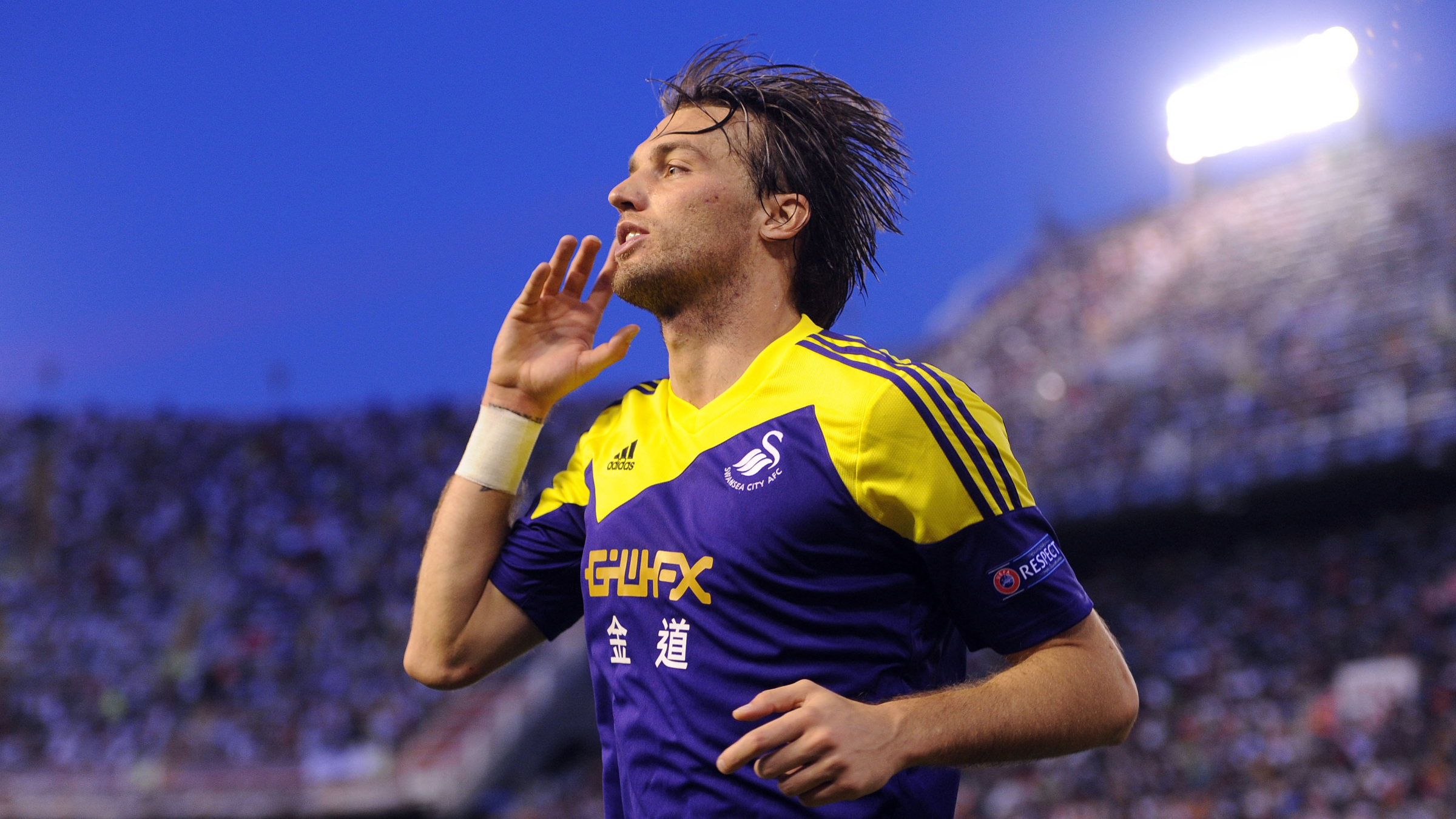 Michu raises his hand to his hear in trademark style after finding the target during one of Swansea City’s great victories.

It was September 19, 2013, and the Swans were on a Europa League adventure courtesy of their victory in the previous season’s Capital One Cup.

Michael Laudrup’s team had already won two-legged knockout ties against Malmo, of Sweden, and Romania’s Petrolul Ploiesti to claim a place in the group stages.

And their first group match was a mouthwatering trip to Valencia.

The Spanish heavyweights were not enjoying their happiest spell when the Swans arrived at the Mestalla.

Even so, nobody could have predicted what was to happen on an unforgettable night.

The Swans took control early on, with Valencia centre-back Adil Rami seeing red for a professional foul on Wilfried Bony on nine minutes.

Just three minutes later, Bony put the Swans in front with a deflected effort after good work from Michu and Alejandro Pozuelo.

Michu’s big moment came on 58 minutes, the Spaniard stroking the ball home after Pozuelo’s pass picked him out in the penalty area.