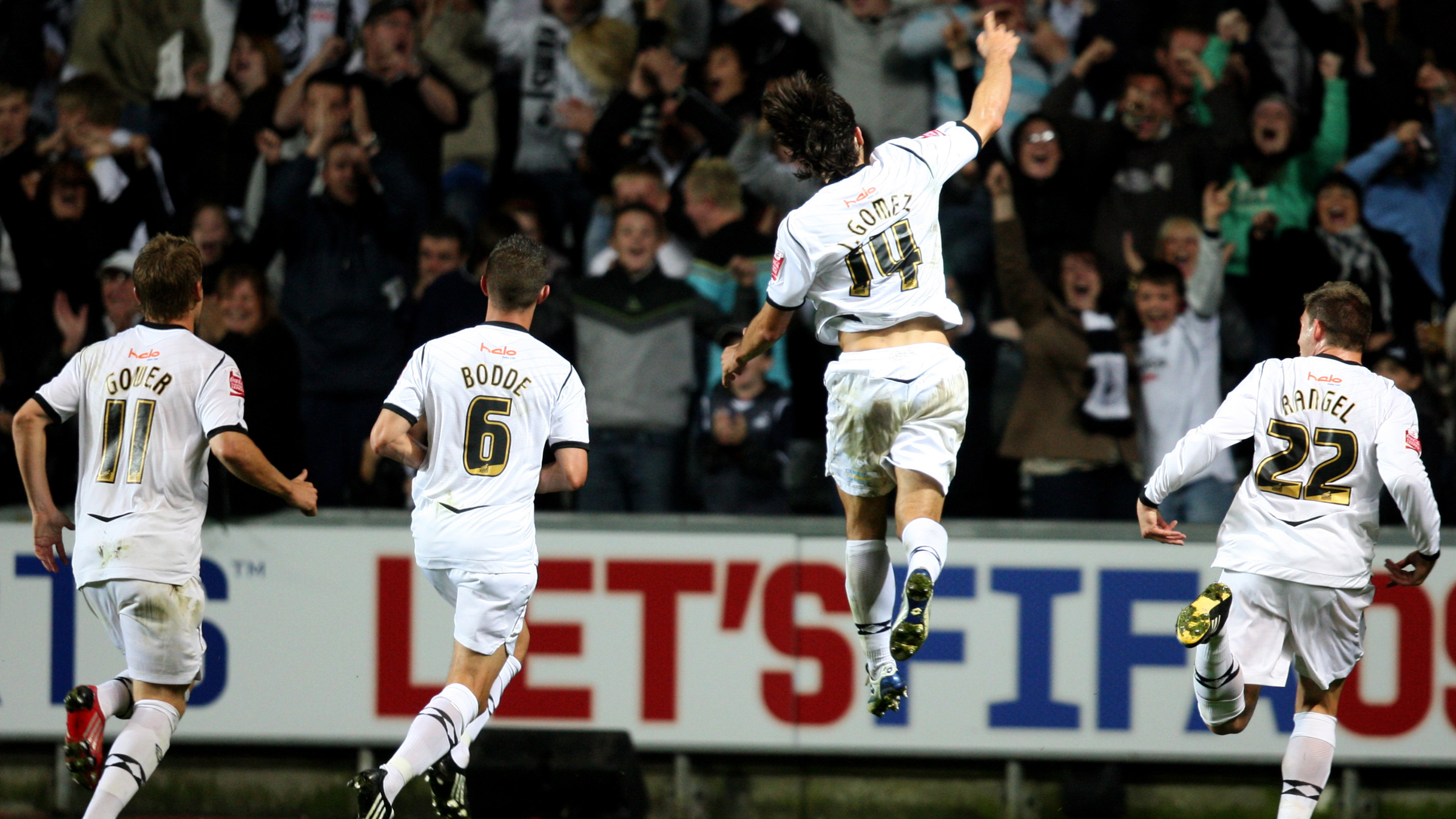 Snapshot | When Jordi won the derby

Jordi Gomez runs towards the joyous Jack Army after breaking the deadlock in the South Wales derby on September 28, 2008.

Both sets of fans had waited a while for this game to come around.

While they had met in low-key circumstances in the FAW Premier Cup, this was the first time in nine years that Swansea City had met Cardiff City in a fully-fledged senior fixture.

Roberto Martinez’s Swans had set up the return of South Wales derbies in the league by winning promotion to the Championship in 2007-08.

But as it turned out, the two rivals were reunited in the League Cup first after being paired in the Carling Cup third round.

The atmosphere at the Liberty was sizzling as Martinez’s men walked out to face Dave Jones’ Cardiff side.

The Bluebirds had the better of it early on, but the Swans grew into the contest and took the lead on 57 minutes after Mark Gower was fouled in a dangerous area.

Gomez stepped up to take the free-kick, and his low drive flicked off Gavin Rae’s boot and flew beyond Cardiff keeper Peter Enckelman.

The Liberty erupted as Gomez, the classy midfielder who was on loan from Espanyol, raced away to celebrate with his team-mates.

And there were huge cheers once more at full time as the Swans held on to end Cardiff’s unbeaten start to the season.

"I'm very pleased for the fans because we saw what it means. The atmosphere was special,” Martinez said.