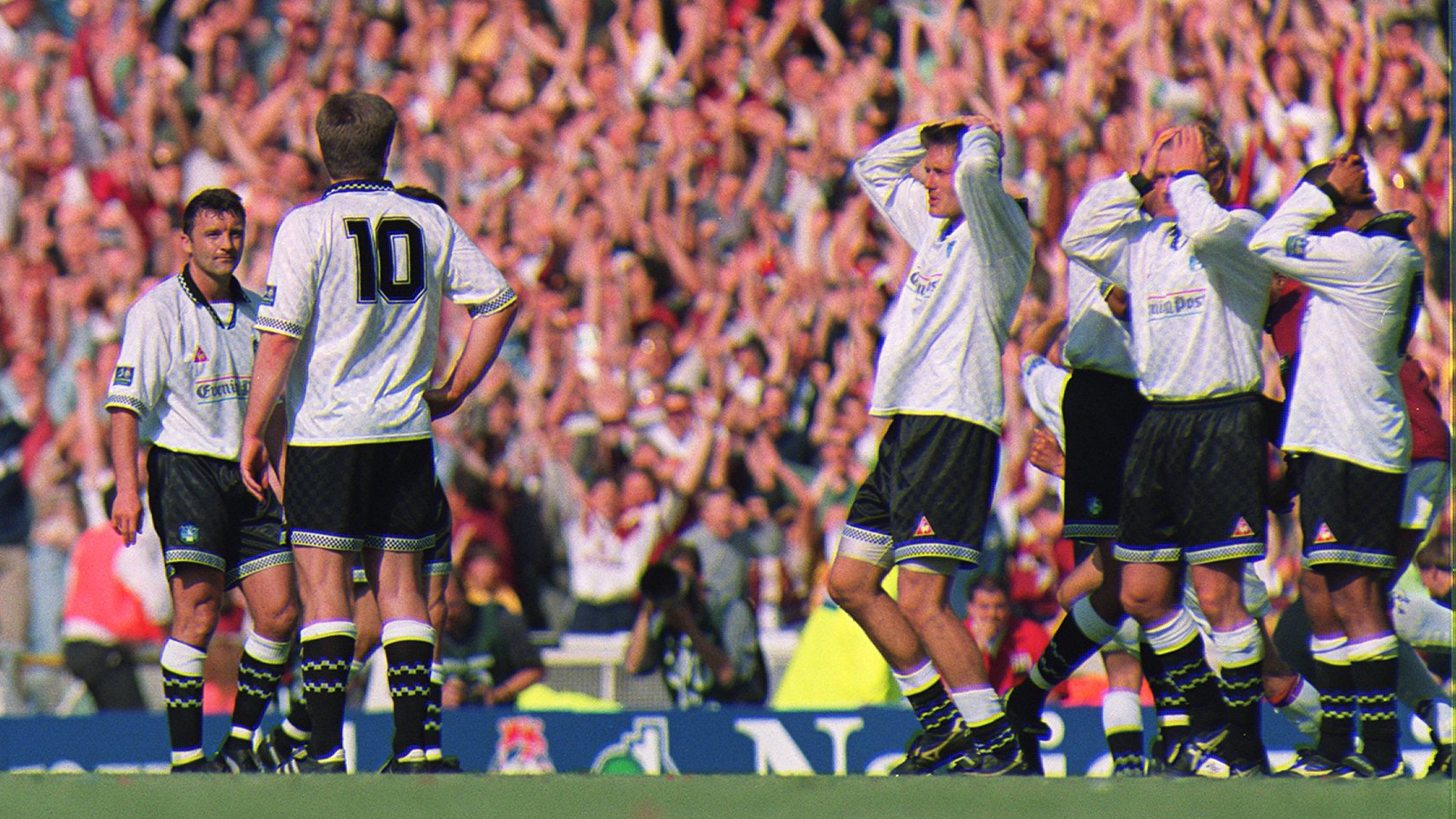 Snapshot | When Swans hearts were broken

Swans player-manager Jan Molby (number 10) is pictured looking at his crestfallen players after a late, decisive free-kick from Northampton Town in the Third Division play-off final at Wembley in May 1997.

After finishing in fifth position in the Third Division, the Swans had defeated Chester City 3-0 in the second leg of the play-off semi-final at Vetch Field to book their place at Wembley.

Almost 47,000 people headed to North London to watch the Swans face Northampton – a record attendance for a fourth-tier play-off final at the ground.

The Swans started brightly on what was their second ever visit to Wembley, with Cobblers keeper Andy Woodman - father of current Swans keeper Freddie - making some fine saves.

Molby’s men almost took the lead in the first five minutes as a superb volley from Carl Heggs was repelled by Woodman.

It seemed the match was heading for extra time until Northampton were awarded a free-kick on the edge of the Swans’ penalty area.

As Northampton’s John Frain stepped up to take the free-kick, a Swansea player broke from the wall to charge down the shot, and that led to the free-kick being retaken.

His second free-kick, in the third minute of injury time, went into the net and Northampton were promoted to the Second Division.

The Swans eventually followed suit in the 1999-2000 season under John Hollins.