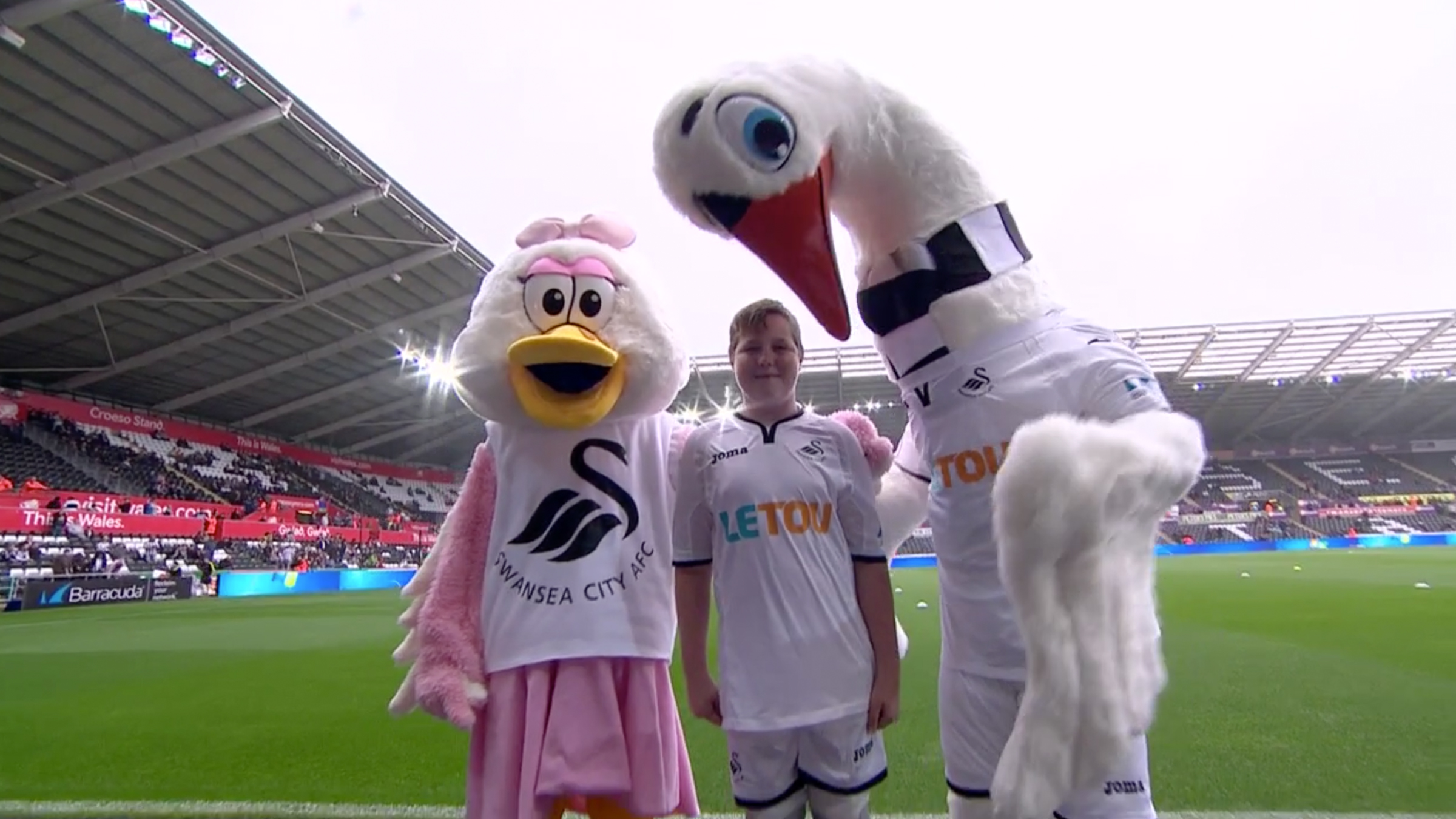 A special Liberty visit for Callum

A visit to the Liberty Stadium last weekend proved a special day for one brave Swansea City fan.

Young Callum Williams has a strong affinity with the club – a bond that has developed further in the last few years.

Callum, who was born with club feet, had his legs amputated two years ago but is now proudly showing his support for the Swans everywhere he goes.

A Swans fanatic, season ticket holder Callum has previously been invited to the club’s training ground in Fairwood to meet the squad while club ambassador Lee Trundle and Wayne Routledge visited him in hospital during his rehab. On top of that, he was a special guest mascot for the Boxing Day fixture against West Brom in 2015.

Last week, Callum had his new prosthetic limbs branded with this season’s Swans shirts, which were given to him by the squad.

And he proudly paraded them during the Swans’ Premier League fixture against Newcastle last Sunday.

“I asked to have my legs amputated when I was four, and I was told it would never happen,” said Callum.

“But two years ago it happened, and I asked my mum if I could have Swansea City on my legs and she said yes.

“The club got in touch and asked if I wanted to go to the training ground to meet the players. The players said they would give me two new shirts to put in my legs. So when I had my new legs last week I put the shirts in them.”

Julian Winter | We are on a solid footing, but we have to cut our cloth

Chief executive Julian Winter believes Swansea City is on a sound financial footing, but acknowledged the challenge of adjusting to the loss of parachute payments mean the club’s budget is not at the same level as the majority of its Championship rivals.