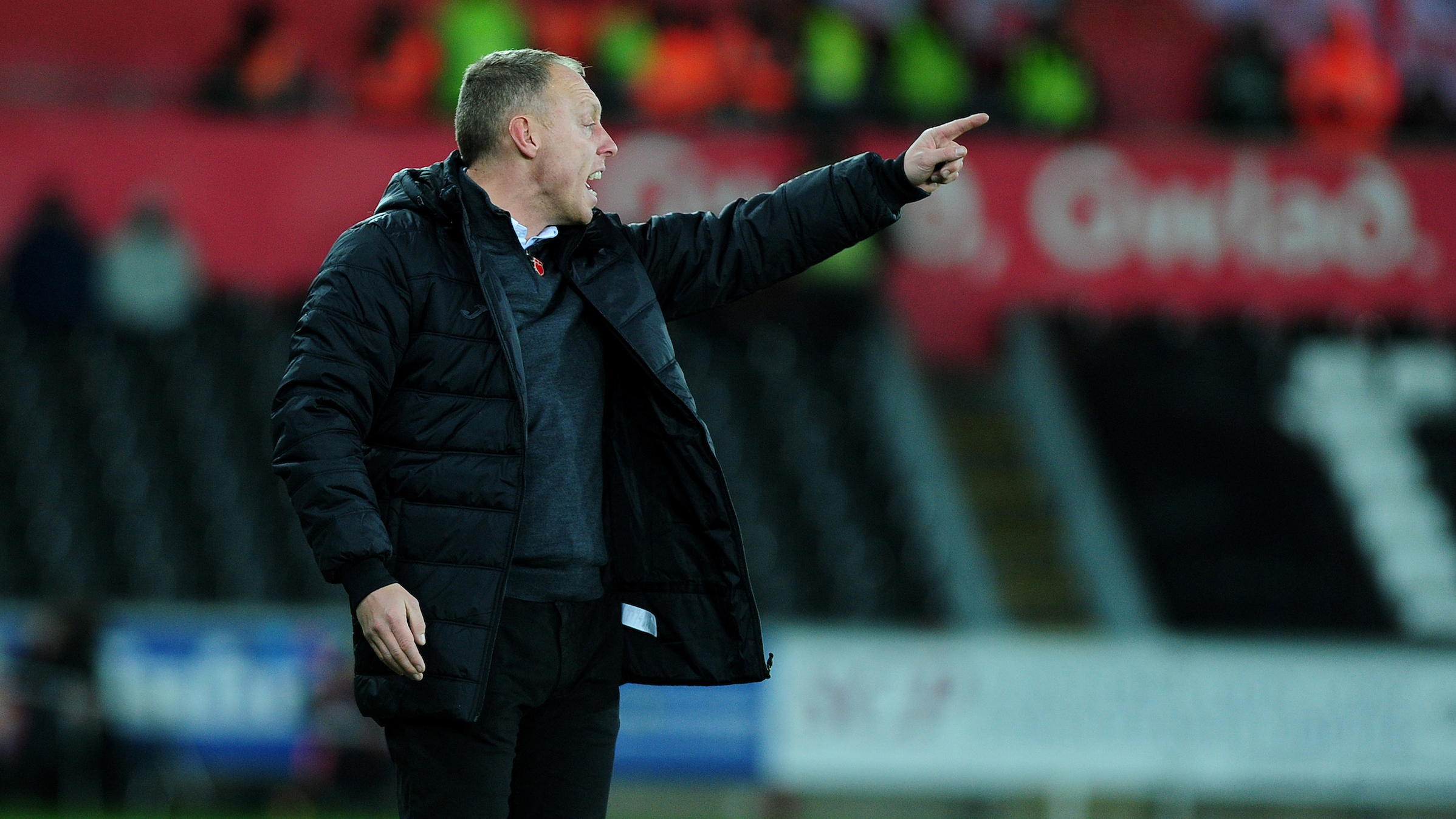 Steve Cooper and his players were delighted to give Swansea City supporters a home win to cheer after they saw off nine-man Middlesbrough at the Liberty Stadium.

A brace from Andre Ayew – taking the Ghanaian’s tally for the season to nine – and a Sam Surridge strike were enough to end a six-match winless run for the Swans, and record a second home win since the end of August.

Boro had levelled at 1-1 through Marcus Tavernier, but red cards for Marcus Browne and Paddy McNair – for challenges of Mike van der Hoorn and Matt Grimes respectively - undermined their efforts to record a first away win of the campaign.

The win moves Swansea up to 10th in the table, and they are just a point off the play-off spots as the season reaches it halfway point.

And Cooper was happy to get back to winning ways.

“I’m pleased for the fans, it’s been too long, we know that,” said the head coach.

“The team and I have not shied away from the fact we have not won enough games at home this season.

“So, however it came, it was important we won a game here and in general it is a small step back to the team we want to be at the Liberty.

“We need to build on that, and that will be the focus in terms of getting our heads down and working even harder to make sure we are in a better place when we come here again.”

Cooper also praised the character his side showed in recovering from the setback of the equaliser to keep their heads and go on to finish off the job in hand.

“I felt we were the better team and deserved to win, I think we were the team who wanted to play with the ball and try and create proper chances. I would have liked more of it, truth be told,” he added.

“We were disappointed to go to 1-1, and I think we can do better as we are giving away goals we shouldn’t be.

“But we’ve responded well with two quick goals, as we did when we conceded against Blackburn, we responded and did not get our heads down.

“We stood up to be counted and responded. In terms of the red cards, with no disrespect to Jonathan Woodgate or Middlesbrough, I thought they were both red cards.

“I thought the second one was worse than the first and we are really pleased Matt Grimes has not got a bad facial injury. That’s my personal opinion, and I thought the penalty was a penalty.

“But I want to focus on our attitude and commitment, we are delighted for the supporters and the staff who work hard here as everyone wants a team that wins at home.

“That’s what we should be doing and that’s my focus, and the supporters were the first people we spoke about as a group in the dressing room.”