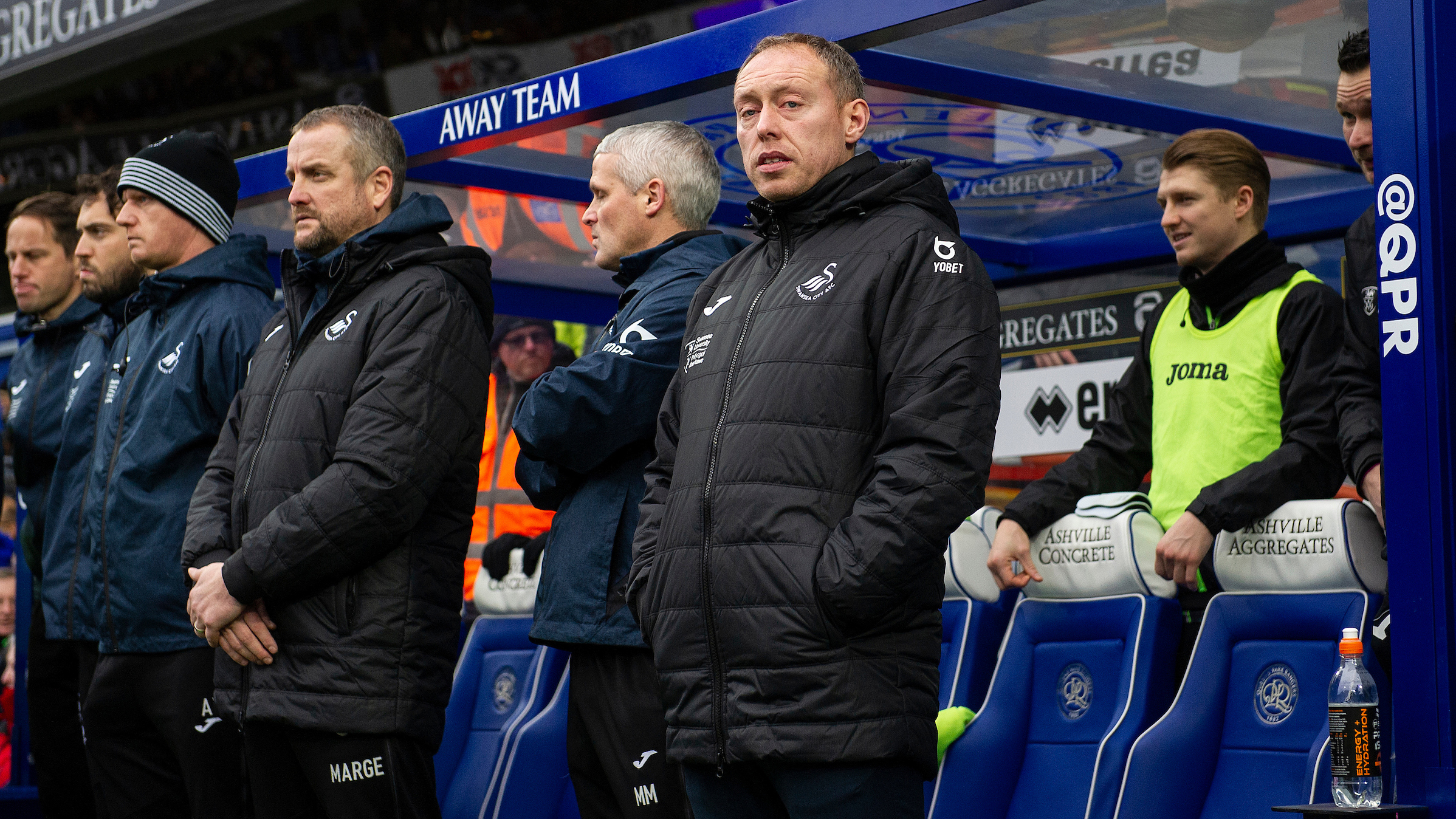 Steve Cooper | I can't accept not giving your all

Steve Cooper pulled no punches in his assessment of Swansea City’s 5-1 defeat at QPR, feeling his side had shown nowhere near the attitude or application required.

The Swans were dumped out of the FA Cup in emphatic fashion by the Rs, with Jordan Hugill bagging a brace, while Bright Osayi-Samuel, Lee Wallace and Josh Scowen also got on the scoresheet.

The Swans had pulled back to 3-1 following George Byers’ finish from the edge of the area, but a comeback never looked likely.

And the head coach said his side had paid the price for failing to do the fundamentals at the Kiyan Prince Foundation Stadium.

"There's not many times I've questioned attitude and belief, but I have today,” he said.

"It's self-inflicted. We've got no-one to blame but ourselves.

"Our basics of attacking and particularly defending were nowhere near the average, never mind beyond that.

"Unfortunately, if you're not willing to get up to people to tackle and to intercept, you run the risk of conceding chances and goals, that's what happened today.

"I thought every goal, we could have done better defensively.

"There's no rocket science to defending, if you're not willing to play with a bit of heart and soul, you can get run over like we did today.

“We'll get some criticism, myself included and quite rightly. But I'm fuming truth be told.

"I can accept getting beat, but I can't accept not trying and not giving your all."