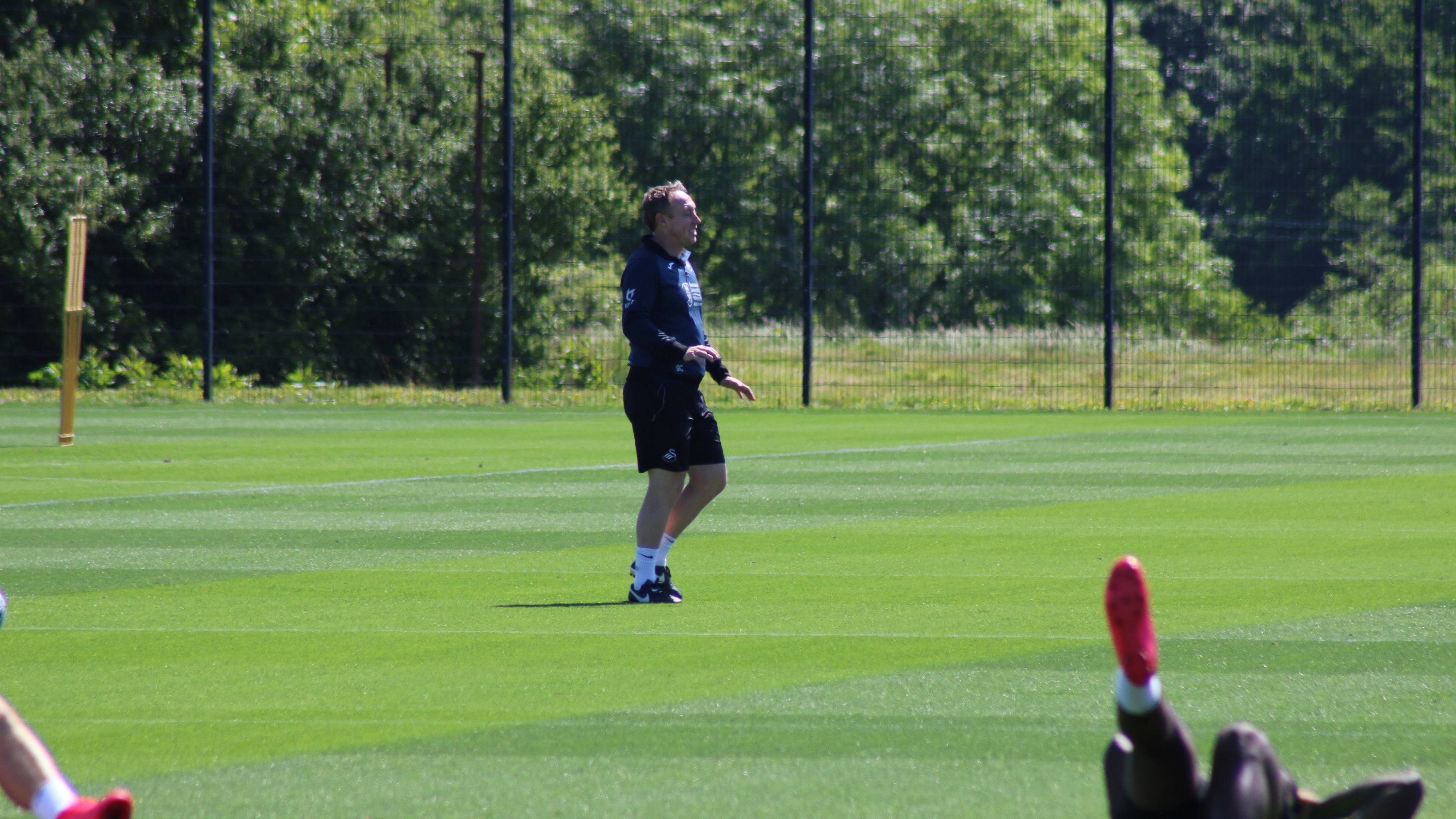 Swansea City boss Steve Cooper has praised the focus and professionalism of his squad after returning to training “fit and strong” in readiness for a Championship reboot.

Cooper’s squad were back on the grass at Fairwood this week after a 10-week lay-off caused by the Coronavirus pandemic.

While non-contact training sessions are conducted in a controlled environment to meet strict safety guidelines, Cooper confirmed the shape of his players has meant they have been able to go virtually straight into high intensity mode.

And with football currently on course to return behind closed doors in mid-June, the Swansea head coach believes his side will be ready to kick on and try to close the three-point gap to the play-off places with nine games remaining.

“I can’t praise the players enough,’’ declared Cooper. “It’s been a long lay-off, but they have returned in excellent condition. It would have been easy for them to put their feet up, but the fitness stats prove they’ve done nothing of the sort.

“It’s clear they have taken responsibility and looked after themselves, which is testament to their professionalism and determination to finish the season strong.

“We stage fitness tests throughout the season to see where they are individually, and as a group. The tests we’ve done this week have delivered some excellent results with every player, to a man, recording their highest scores of the season.’’

Cooper also paid tribute to his backroom staff who have been tailoring and monitoring the players’ personal training programmes during the lockdown.

Apart from the personal programmes, the squad had been getting together via Zoom four times a week to go through a fitness session led by physical performance coaches David Tivey and Daniel Nisbet.

Fitness sessions and communications were scheduled to mirror normal training times before the lockdown, so the players maintained structure in their daily lives.

“The preparation for a return to training was excellent,’’ added Cooper, “but you can’t beat being back on the grass all together.

“We are adhering to the safety protocol to the letter. We are not taking any risks because we have a moral obligation to the players and staff to keep them safe.

“But there is still a fantastic vibe about the place. They are all delighted to be back; you can see every day how much they have missed football.

“You can also see how fit and strong they are. They know they still have so much to play for and whenever we are back, sooner rather than later as far as I’m concerned, we’ll be ready.’’