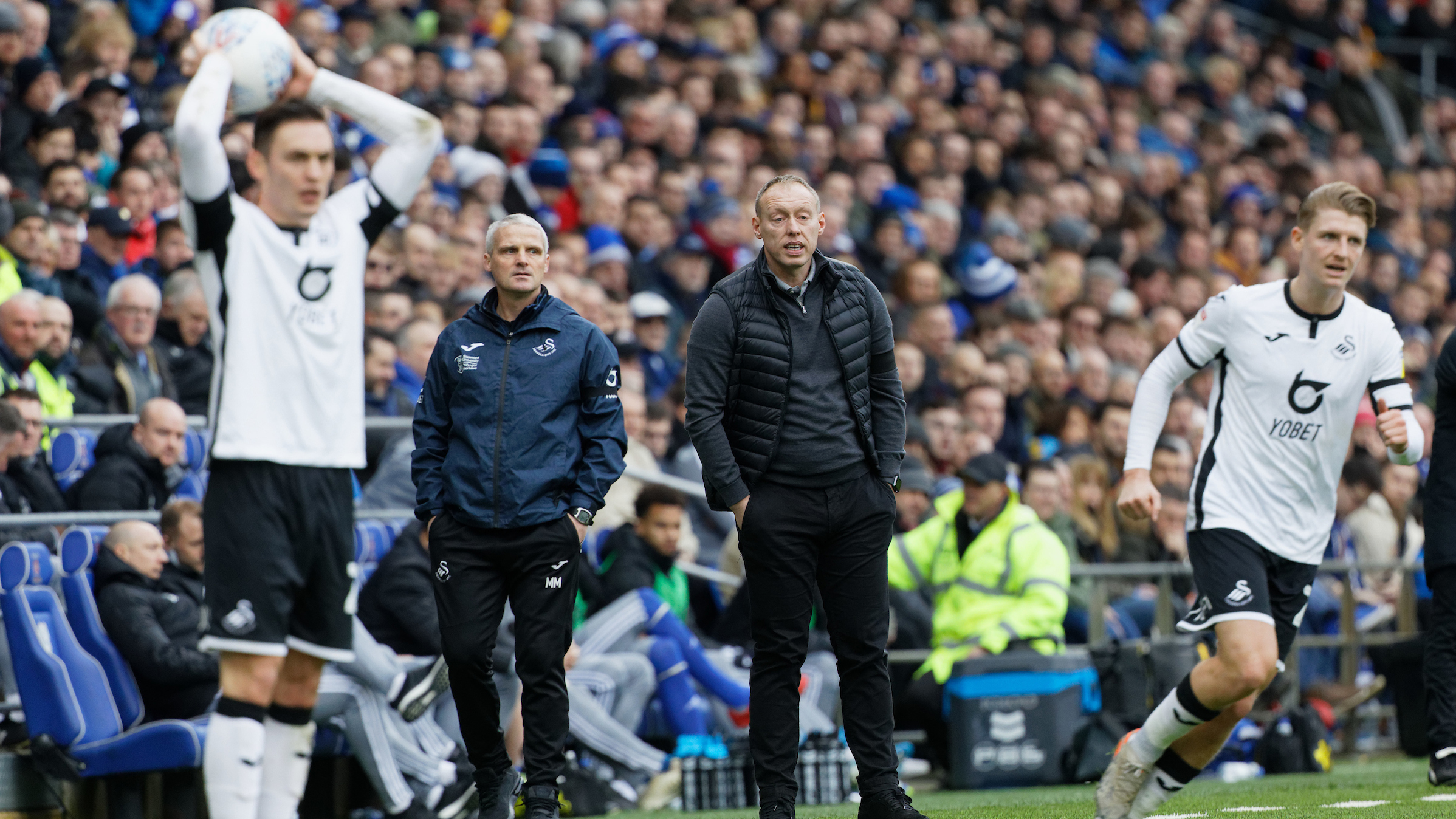 Steve Cooper | There were plenty of positives, but we are frustrated

Steve Cooper praised the efforts of his players but was frustrated Swansea City had not been able to complete the league double over Cardiff City.

The 109th instalment of the South Wales derby ended goalless, with both sides hitting the woodwork as they sought victory at Cardiff City Stadium.

Bersant Celina struck the base of the post in the opening half with a curling strike, while Callum Paterson hit the bar late on for the hosts.

It means the record of there being no league double in the history of meetings between Swansea and Cardiff will continue.

And Cooper, while pleased with the mentality of his players, acknowledged there was disappointment that the Swans had not been able to create history.

“In a good way we are frustrated, because we definitely came here to win. We picked the team to win, we had the gameplan to win,” said the Swans boss.

“There had been no conversations about drawing the game or the opposition.

“We just wanted to win in our way, in the first half we played some decent stuff on quite a tough pitch.

“The grass was long, but that’s fine, that’s their prerogative.

“It is what it is, there is no one way to play the game or one way to set conditions. We don’t want to make any excuses.

“I thought we looked like we could create and score when we did get through, with Bersant hitting the post.

“The second half did not go as we wanted it to. It was a stop-start game, lots of aerial balls, and it just panned out as a 0-0.

“It’s probably a better point for them than for us, that’s for sure.

“Having said that, there were lots of positives from the game.

“We have a clean sheet for two young centre-backs and having the mentality to come to a place like this and only wanting to win.

“It’s not a missed opportunity as we have to respect the occasion and the magnitude of the fixture, but our main objective was to win so there is a bit of frustration for us.”