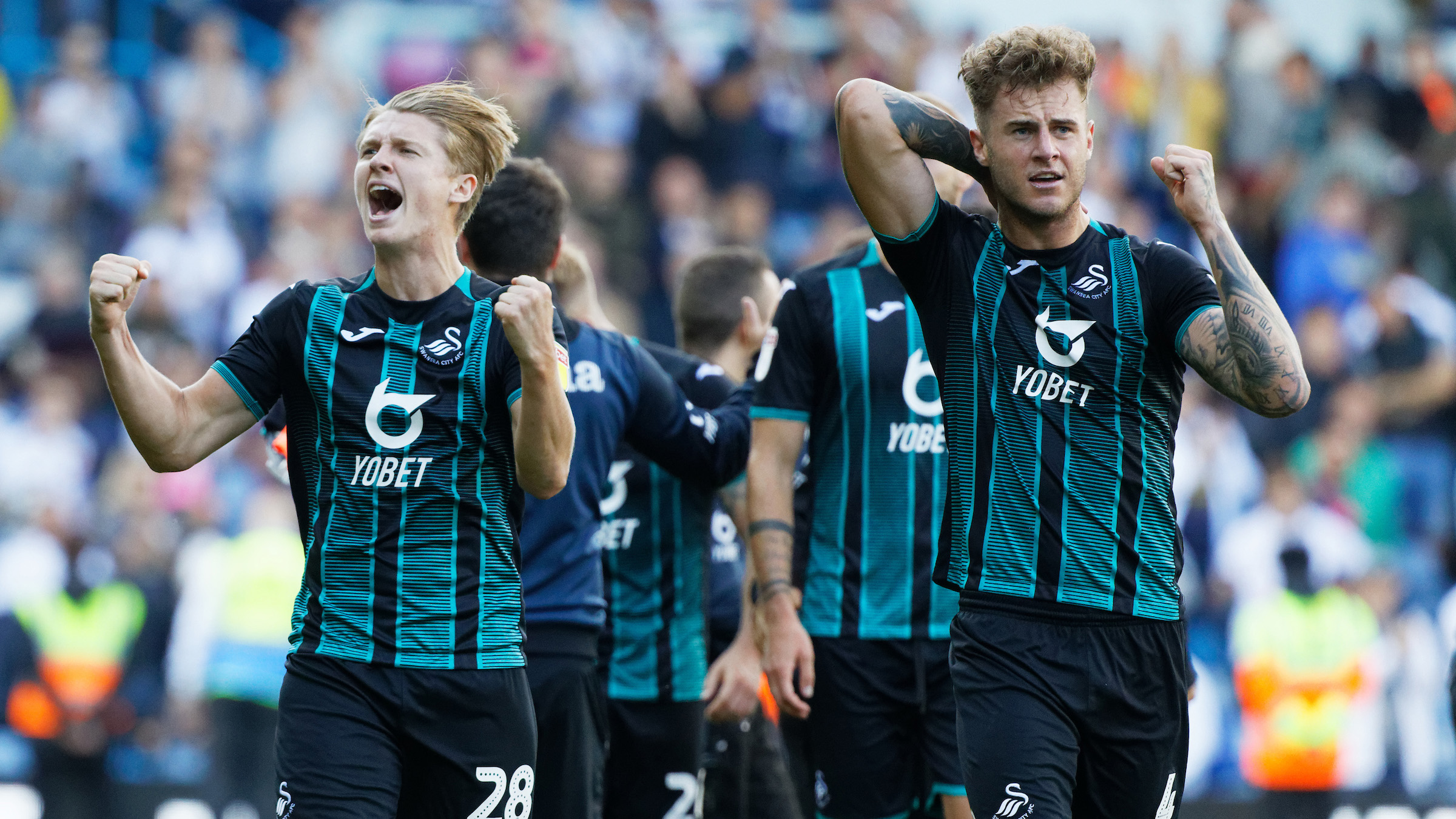 Steve Cooper has urged George Byers to follow the example of Joe Rodon as he begins his long-term injury rehabilitation.

The 23-year-old midfielder has been ruled out of the remainder of the 2019-20 campaign, having suffered a high ankle sprain in the weekend defeat to Derby.

The length of his absence was confirmed by head coach Cooper following Tuesday’s draw with QPR, with Byers facing three months on the sidelines.

Centre-back Rodon has himself recently returned from a similar length of time out of action, with Cooper praising the attitude and application with which the Wales international approached his own setback.

And the Swans boss believes that will be a fine example for Byers to follow as he targets a return to the first-team set-up during pre-season for the 2020-21 season.

“I’ve just seen him, he’s a lively character around the place and he’s a bit down in the dumps.

“It’s a pity for him and for us, we had spoken about him not being seen as a young player anymore.

“He had taken that onboard and was taking responsibility, on and off the pitch.

“But these things happen, it’s very similar to what Aldo Kalulu had earlier in the season.

“It’s a different test for him now, and I have already referenced Joe Rodon to him, and what Joe was like during his rehab, and how he has come back.

“We will support him, commit to his recovery and make sure he is in better shape than ever for pre-season.”

Cooper confirmed there are no new injury concerns ahead of Friday’s trip to Hull, while there was good news on Mike van der Hoorn.

The Dutchman is set to return to training next week after a knee injury, while Jordon Garrick is to again feature for the under-23s as they visit Manchester United on Friday.