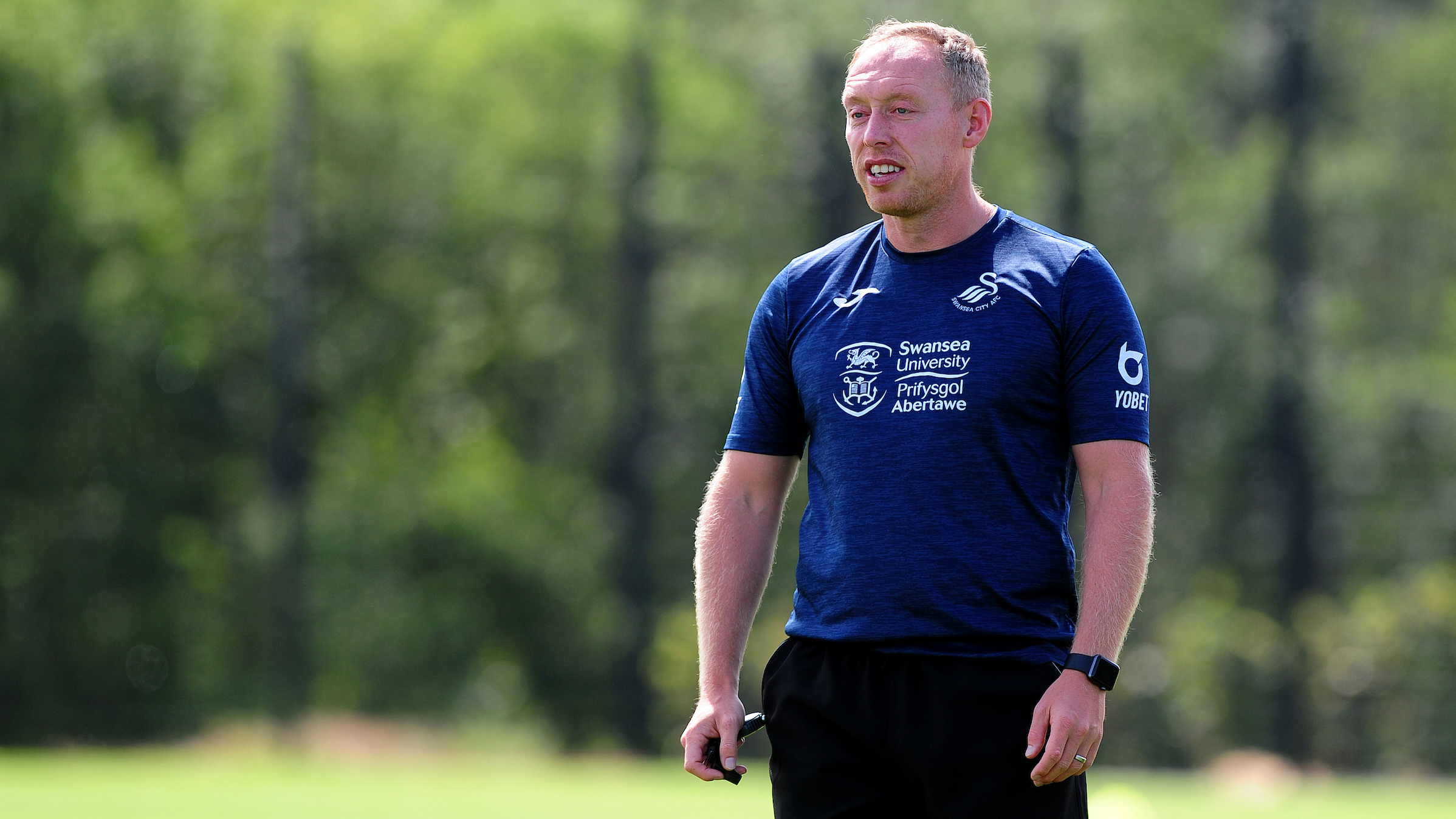 Steve Cooper | We enjoyed derby win, but focus is on Wigan

Steve Cooper says he and his Swansea City squad have enjoyed their South Wales derby win over Cardiff, but must move on quickly and rise to the challenge of facing Wigan this weekend.

Ben Wilmot’s header gave the Swans the bragging rights in the 108th instalment of the old rivalry, and it was a success that was jubilantly celebrate by players, fans and staff alike.

But head coach Cooper knows the result will count for little if Swansea do not use it as a springboard after a challenging period.

They are back up to fourth in the Championship table, but face a Wigan side who have won their last three home games without conceding a goal.

Swansea are unbeaten on their travels in the league this term, but Cooper is fully aware of the threat Paul Cook’s men will pose, which is why he wants all focus to be on the present rather than the past.

“We said beforehand that it was an important game, for us, the community and the city,” said Cooper.

“We went into it fully focused and full of belief that we could do well.

“We did and we were worthy of the win – there is no doubt about that - and the fans were incredible.

“Everyone should be happy with how the day went and the part that they played.

“It was a good day, but we are now very much focused on the next bit.

“It’s a big game against Wigan and we are very much focused on that.

“Wigan have got an amazing home record, they are pretty formidable. They are definitely a team with good players and they’ve had some investment in squad over the summer.

“They play to win, they score goals and are competitive.

“Mike Marsh knows Paul Cook particularly well and he’s had a number of managerial jobs now and never done a bad one.

“It’s a game we have to be ready for and we will be. We are looking forward to it.”