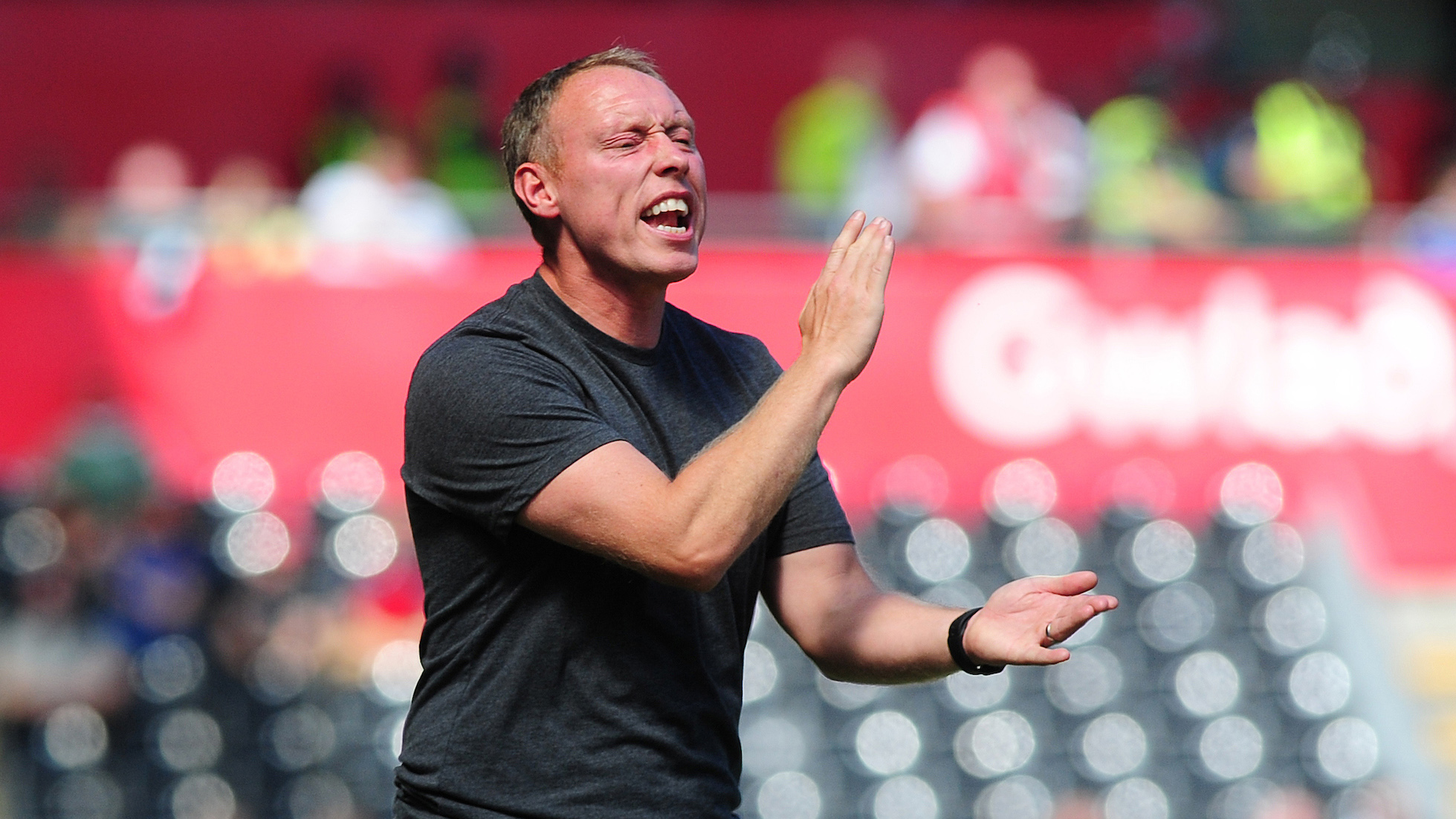 Steve Cooper has been delighted by how his Swansea City squad have responded on the training pitch following their first defeat of the season.

The Swans travel to face fellow early Championship pacesetters Bristol City this weekend on the back of a Liberty Stadium loss to Nottingham Forest last time out.

The result ended Swansea’s unbeaten start to the season and to life under head coach Cooper.

But they have a chance to quickly make amends against Lee Johnson’s Robins, and the Swans boss has been encouraged by the attitude and application shown by his squad this week.

“It’s not a shock to lose a game of football. That’s what it was, as I said on the day. It wasn’t our best performance but I’m not sure we deserved to lose the game,” said Cooper.

“It was a sucker punch in how we did, but regardless we didn’t reach the levels we wanted.

“But you get back in, you reflect on it, you review it accordingly in terms of the good and the bits to get better at.

“That's been the process this week and the players have been excellent in training, you could see they were keen to get right back out on the grass and get ready for an exciting game.”

And with setbacks and ups and downs inevitable over such a gruelling season, Cooper believes the teams with the mental strength to remain focused week-to-week will be key in the final make-up of the table.

“Football is a competition. It’s about winning and losing. You have to be able to deal with both. We’ve spoken about being good at handling both,” added Cooper.

“It’s about not getting too high or low. Results are the objective but our focus is on performance, that’s what we’re in control of.

“This division does bring up some surprise results but Forest are a good team and we draw a line under it and are absolutely looking forward.

“But we are not looking past playing Bristol City this weekend.”