Surridge determined to make his mark at Swansea City

Sam Surridge is determined to make his mark at Swansea City and get himself amongst the goals for his new club.

The 21-year-old has joined Steve Cooper’s side on a season-long loan from Bournemouth, becoming the Swans’ sixth summer signing in the process.

Surridge has two Premier League appearances to his name, having featured for the Cherries against Arsenal and Crystal Palace last term.

That came on the back of an impressive loan spell with Oldham, where his 12 goals in 20 appearances saw him recalled to his parent club.

And Surridge wants to carry that sort of form into the Championship and make a big impact at the Liberty.

“I want to play regular football and score goals, that is what I have come here to do,” he said.

“It will help me and it will help Swansea and if I am scoring goals everyone will be happy.

“I’ve been on a few loan spells now and I think it is the best thing for me at the moment, to try and carry the momentum on from what was a big year for me. I want to carry it on.

“So, this is a massive season for me and that’s why I wanted to come here and show what I can do.

“I want to test and prove myself because I will need to do that if I want to be a Premier League player and I want to do my best for Swansea.

“It’s great to have the move done. You look at the facilities and it’s a lovely training ground, it’s of a Premier League quality and it’s great to know you are going to be working in these sorts of surroundings.

“I cannot wait to get straight into it, to start training and hopefully be in a position to make my debut against Derby at the weekend.”

Surridge featured regularly for Bournemouth during pre-season - scoring in a win over Brentford - and has regularly trained alongside proven Premier League marksmen in Callum Wilson, Josh King and former Cherries striker Jermain Defoe.

And, while keen to plot out his own path, he acknowledges the positive impact their know-how and advice has had on his own development.

“It was a great experience to train with them every day. You are trying to push them as someone young coming through, but you also pick up little things from them,” he said.

“They are all good lads, they are always there to help and give advice. I get on well with all of them and when you are watching them on a weekend you always learn something.”

And Surridge also revealed how playing alongside a couple of Swans Academy graduates at Yeovil had influenced the decision to turn down other offers and come to South Wales.

“I spoke to Keston Davies, I am good mates with him, I lived with him at Yeovil and I’ll probably try and catch up with him in the next week or so,” added Surridge.

“He and Dan (Alfei) are good lads and they only had good things to say about the club whenever I spoke to them about it.” 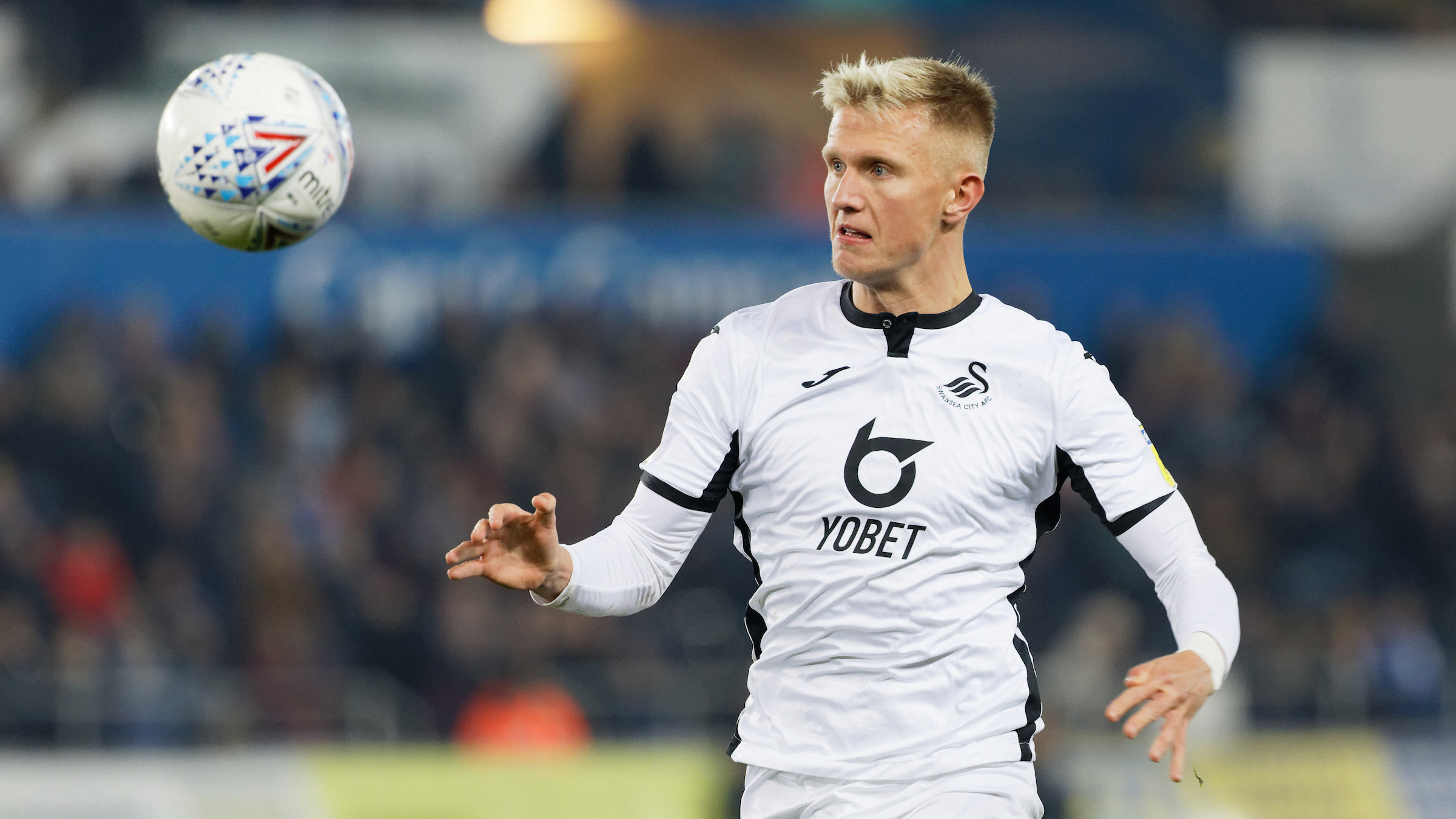 Sam Surridge is looking to banish the demons of his previous Kenilworth Road visit and replace it with some Christmas cheer this weekend. 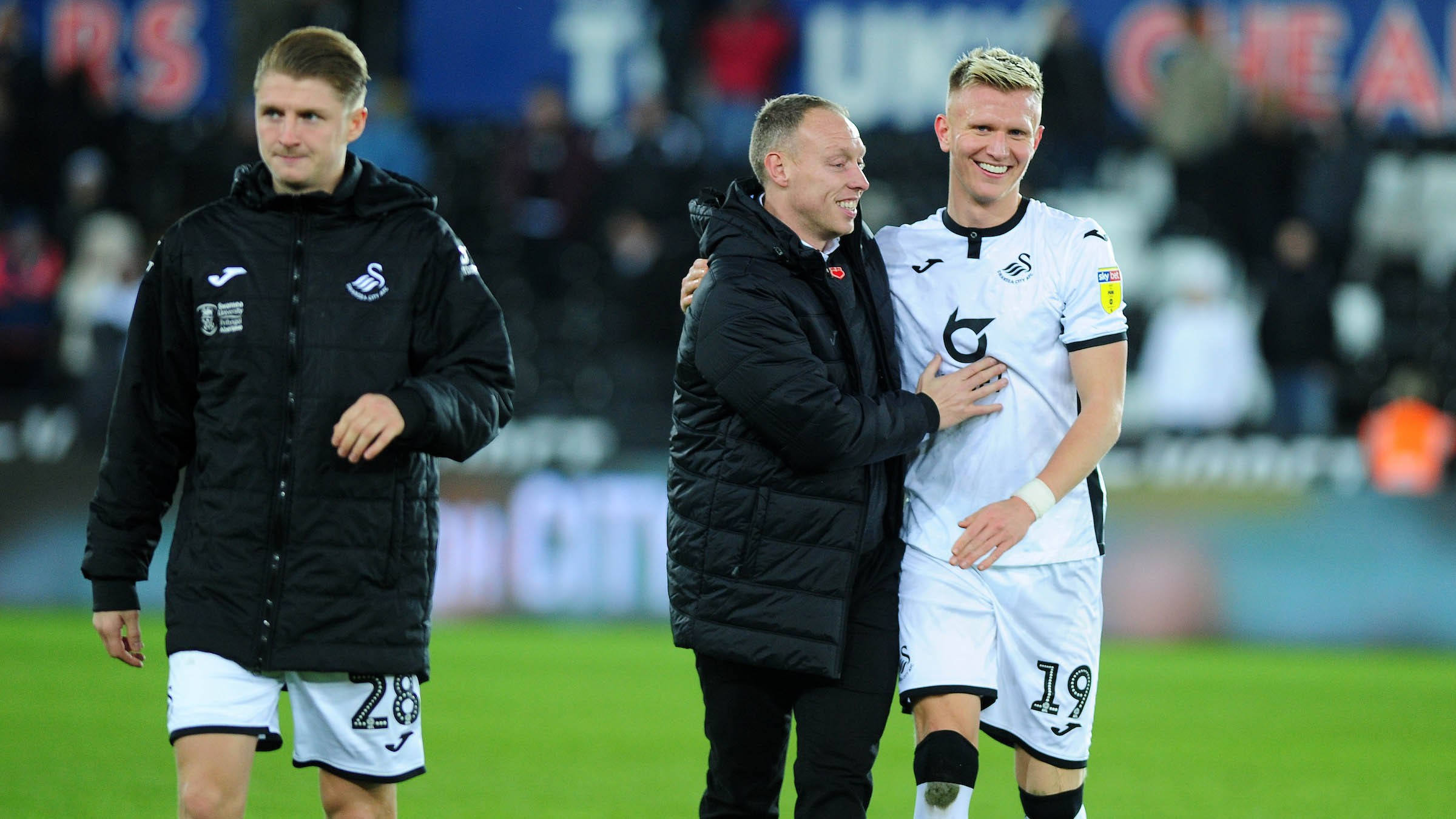 Sam Surridge has more goals in his sights after scoring his first Championship goal at the Liberty.