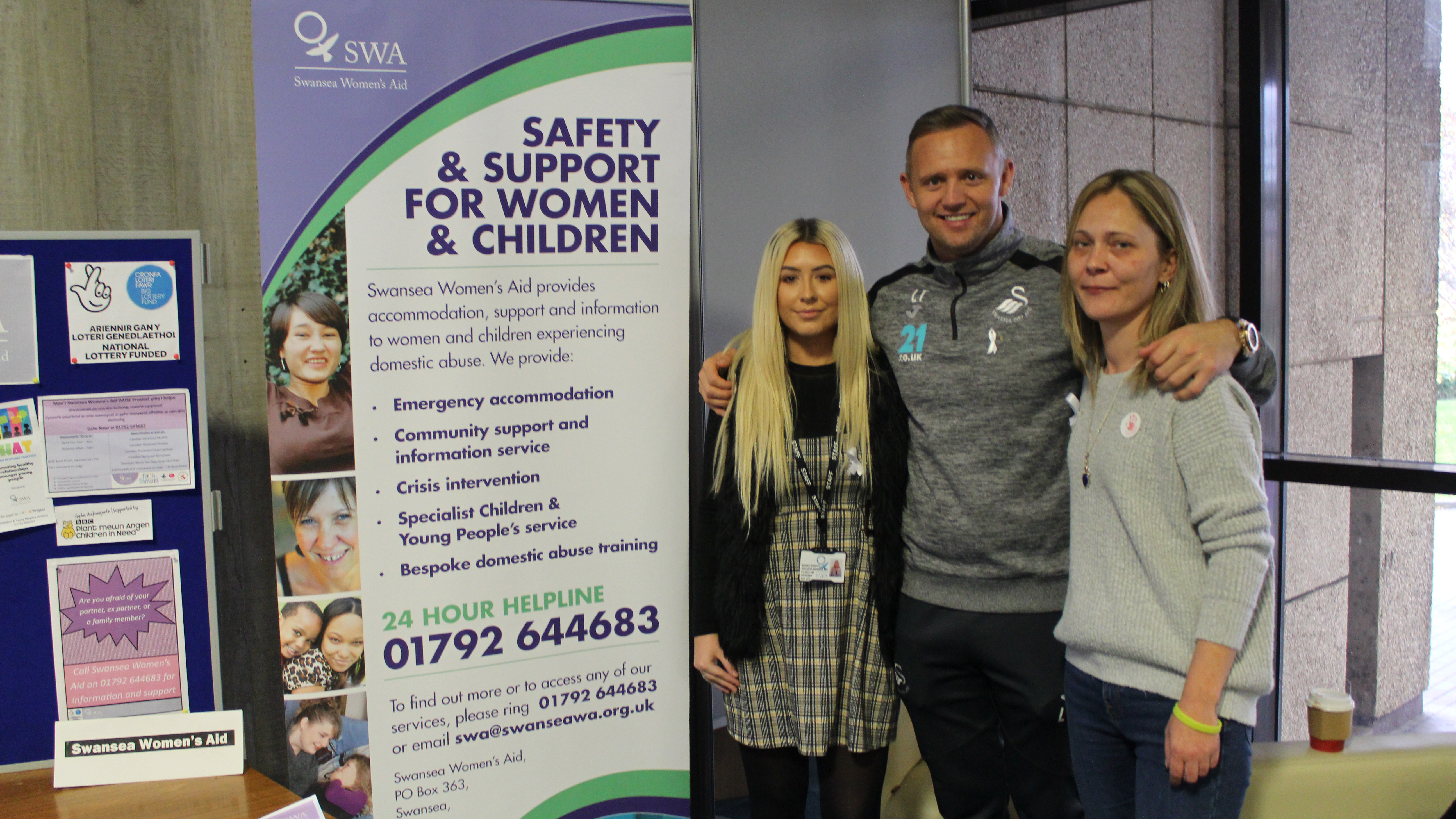 The Swans have teamed up with the Safer Swansea Partnership and Swansea Women’s Aid to promote White Ribbon Day at Wednesday night’s clash with West Brom.

Representatives from The Safer Swansea Partnership and Swansea Women’s Aid will be on site to offer information on the range of services they provide.

White Ribbon Day (WRD) is the international day for the elimination of male violence against women and girls.

This takes place on November 25 every year across the world, with people encouraged to wear a white ribbon and take a stand against male violence.

The White Ribbon campaign is a male-led campaign that was started in Canada in 1991 by a group of men who wanted to raise awareness of the issue of male violence as a response to the mass shooting and killing of 14 female students at a University in Canada two years earlier.

Be a part of the campaign and take The Pledge ‘never to commit, excuse or remain silent about male violence against women’.

1. Realise that gender violence is a men’s issue that affects women that you care about

2. Never remain silent - confront the abusive behaviour of other men

3. Understand how your own attitudes and actions may perpetuate sexism and violence - work towards changing them

4. Offer help and support if you suspect a woman is being threatened

5. Respect women and treat them as equals

6. Ally with women who are working to end all forms of gender violence

7. Speak out against homophobia

8. Educate yourself about masculinity, gender inequality, and the root causes of gender violence

9. Mentor young men about ways to be men that don’t involve degrading or abusing girls and women

10. Refuse to purchase any magazines videos or music that portray women in a degrading or violent manner

Every year The Safer Swansea Partnership supports this campaign by raising awareness across the county. Swansea received the White Ribbon Town Award in 2014 in recognition of its work on violence against women.

Swansea has lots on offer to any woman or girl affected by violence and abuse, regardless of background. No-one should suffer in silence.