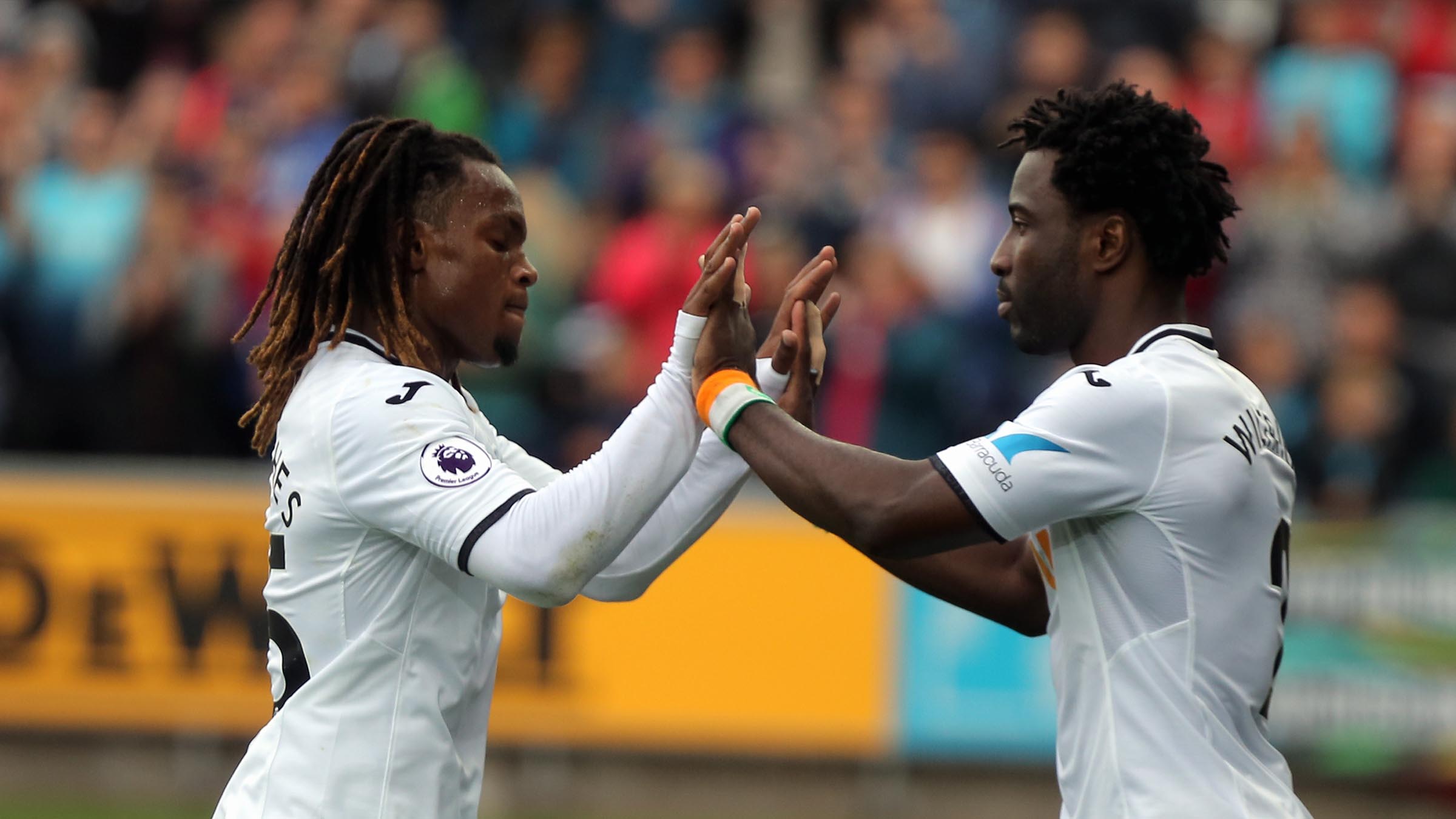 Paul Clement hopes Swansea City are about to see the best of Renato Sanches and Wilfried Bony as two of his star names prepare to return from injury.

Sanches has played only once since September as a result of two separate muscle problems.

Bony, meantime, has not featured since the loss at West Ham on September 30 thanks to hamstring troubles.

But both players are now fit and are expected to play some part at Burnley this weekend.

“Wilfried and Renato have both been extremely frustrated,” Clement said.

“Renato had some ups and downs in his performances after joining us, with some good things and some not so good.

“Then he picked up the injury. He was close to being ready for Brighton, but we held him back because we didn’t want to risk losing him for longer.

“Now he is raring to go, and it’s a similar situation with Wilfried.

“He wanted to come back here and hit the ground running, to pick up where he left off a couple of years ago by scoring goals and creating goals.

“That has not happened yet, but he is focused and he is desperate to do well. We are glad to have both of them back involved.”

There is more good news from the treatment room ahead of Burnley, with Martin Olsson set to return after missing the Swans’ last two matches.

The left-back was with the Sweden squad as they qualified for the World Cup courtesy of a memorable play-off victory over Italy this week.

“Martin didn’t play in either game for Sweden, but he and Kristoffer Nordfeldt have come back very happy that their nation are going to the World Cup,” Clement said.

“Martin did a really good session with us yesterday where he put a lot of work in, so he is ready.”

As well as Boy, Sanches and Olsson, Leon Britton and new club skipper Angel Rangel are also back in contention this weekend having been absent for the Brighton game before the international break.

“I am pleased that after some injury struggles, everybody apart from Kyle Bartley is available,” Clement added.

“That’s going to help us. When you have a healthy squad you have more options and that’s obviously a good thing.

“As a manager, that’s what you want.”