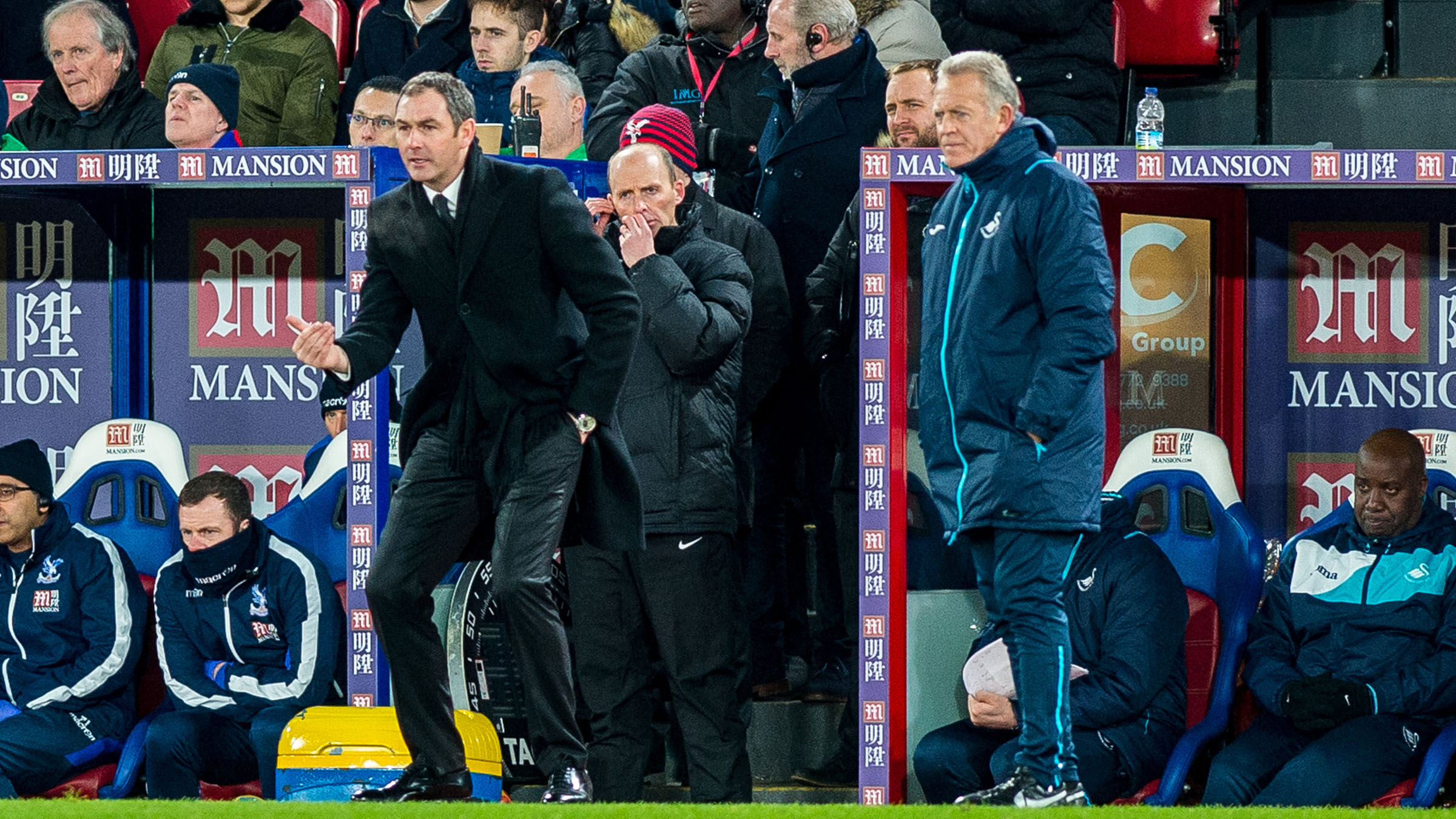 Paul Clement returns to the scene of his Swansea City debut this weekend hoping for a repeat success at Selhurst Park.

The Swans go in search of their first Premier League victory of the season against a Crystal Palace side who have lost their opening two top-flight fixtures.

For Clement, the Palace trip will bring back memories of the day he became a Premier League boss.

Last January, the Swans took on the Eagles just hours after Clement had landed the top job at the Liberty.

He began the night in the directors’ box, but was soon on the touchline alongside caretaker manager Alan Curtis.

And a tense evening ended well for the Swans when, after Alfie Mawson's opener had been cancelled out by Wilfried Zaha, Angel Rangel’s late goal secured a crucial 2-1 victory.

“That game seems a lifetime ago now,” Clement admitted.

“We got a positive result then and this is another important game for us.

“I always think games before an international break are important. You don’t want a bad result or bad performance hanging over you for a couple of weeks, so we want to try do well.”

While the Swans have a point on the board after two league games, Palace are yet to get off the mark.

New boss Frank de Boer saw his team lose 3-0 at home to Huddersfield on the opening day of the season before they went down 1-0 at Liverpool last weekend.

“I imagine they are probably more disappointed with the first game, because going to Liverpool is always tough,” Clement added.

“They will want to put things right and we know it’s going to be a tough game.”

The Swans banked their first win of the new season at MK Dons in midweek, with Leroy Fer (two), Tammy Abraham and Jordan Ayew all on the scoresheet.

Palace also claimed victory in the cup, beating Championship side Ipswich 2-1 at home.

“It was important for us to get that win – it’s incredible what one result can do for confidence and for the atmosphere,” Clement said.

“I put a good side out because I wanted to play well and get a good result. We got both of those and that puts us in a better mood going into the weekend.

“Palace had a good result too and now we go to head to head against each other.

“They have a slight advantage because they are at home, but we have won there before.”