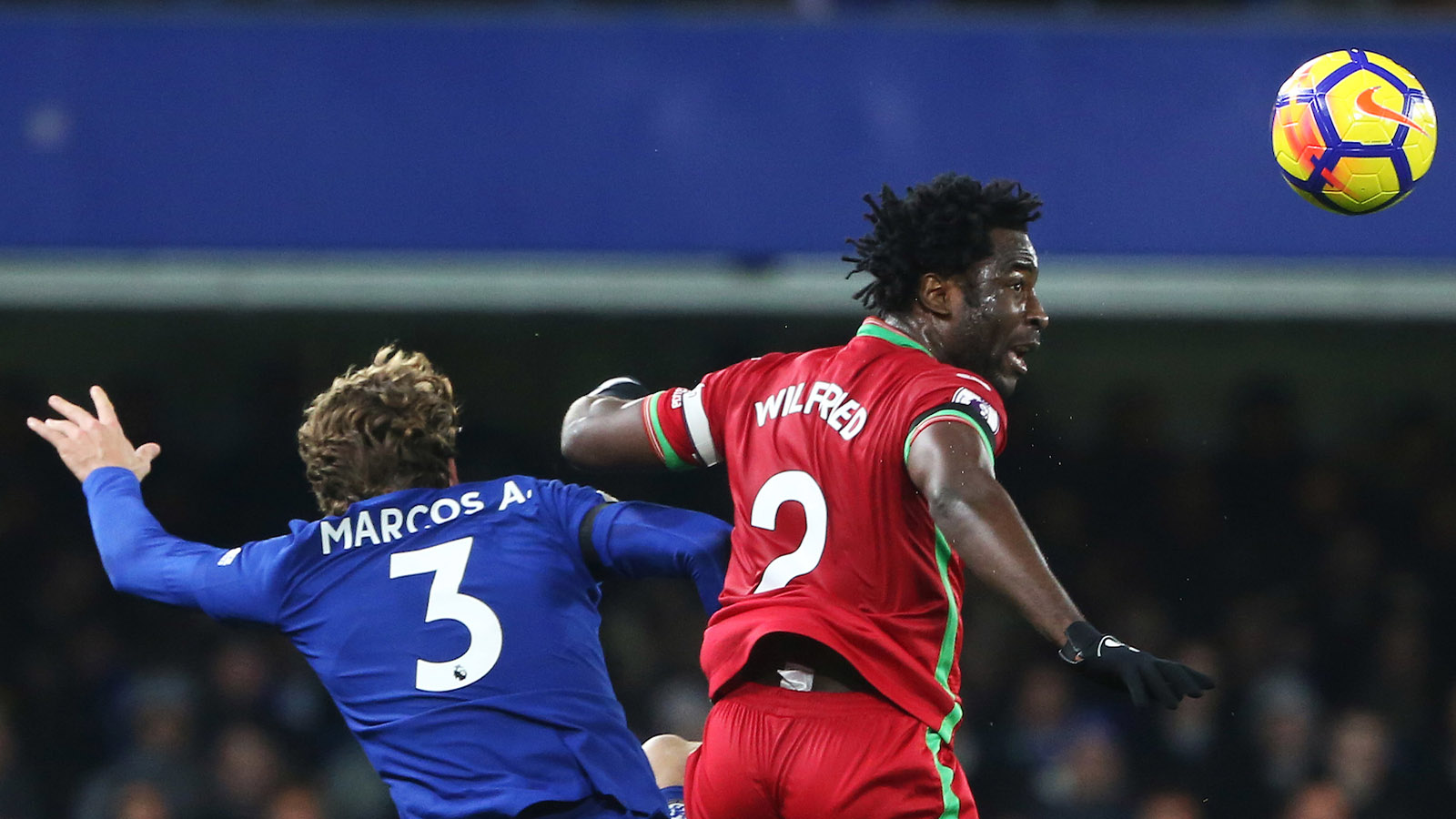 Swans could pair Bony and Abraham

Paul Clement is considering picking Wilfried Bony and Tammy Abraham for only the second time when Swansea City go to Stoke this weekend.

Bony has put in two strong shifts already this week having led the line against Bournemouth and Chelsea.

On-loan frontman Abraham, meanwhile, is back in contention having been ineligible to face his parent club in midweek.

And as the Swans prepare for a game being billed as a cup final at the bet365 Stadium on Saturday, Clement admits he could pair the two strikers for the first time since the 1-0 loss at West Ham in September.

Bony lasted only 45 minutes that day, and Clement has waited patiently for another opportunity to select his two star centre-forwards.

“I will consider that for Stoke,” he said.

“Tammy is going to be fresh, while I want to see how Wilfried is after playing 90 minutes twice in a week, because that is something he hasn’t done for a long time.

“It wouldn’t be right to judge their partnership on one half at West Ham when Wilfried clearly had a few problems.

“When you are not creating that much, you have to think about getting your best attacking players on the pitch, so it’s something I am considering.”

Clement feels that Bony’s power and presence could be a boost for Abraham.

“If I choose to go with them both, hopefully Tammy will benefit from playing up front with a player who is powerful and experienced.

“There would not be so much responsibility on him to try to get the rest of the team up the pitch. He can play around Wilf and use his pace to get in behind.”

Clement is not planning wholesale changes this weekend despite his team’s busy week.

He said: “I will consider maybe a couple of things to freshen us up, particularly when it comes to players who have not played regular games.”

The Swans have no fresh injury concerns after the Chelsea defeat, meaning Kyle Bartley and Federico Fernandez are their only absentees.