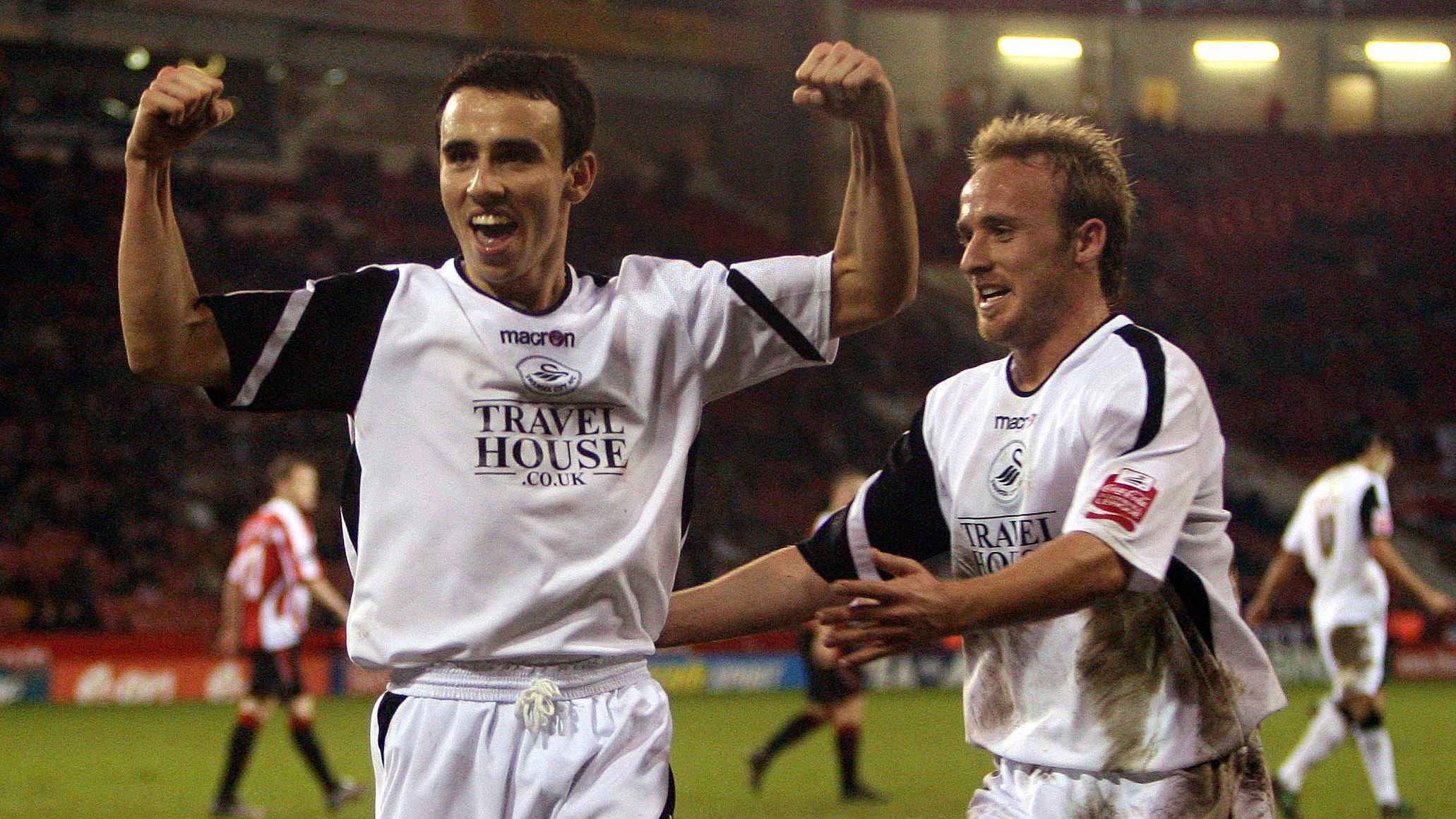 Swans in the cup: Third-round classics

The Swans were searching for their first ever victory at Old Trafford heading into this showdown with United, who had only failed to progress beyond the third round of the FA Cup once in the previous 30 years.

Michael Laudrup’s men drew first blood in the 12th minute when Alejandro Pozuelo released Wayne Routledge in behind the defence, and he calmly looped the ball over the advancing Anders Lindegaard.

However, the lead lasted for just four minutes as United responded with Javier Hernandez finding space in the six-yard box to guide Alexander Buttner’s deep cross beyond Gerhard Tremmel.

But there was a key moment with 10 minutes remaining when substitute Fabio was sent off for a reckless challenge on Jose Canas.

And the Swans made the numerical advantage count in the dying moments when Routledge broke clear down the left before his cross found Wilfried Bony, who planted a brilliant header past Lindegaard to seal the most dramatic victory and send the travelling Jacks into ecstasy.

Victories over Newport County and Darlington had earned the Swans a third-round tie against Premier League side Sheffield United.

After a goalless first half at Bramall Lane, Kenny Jackett's men ran riot in a 13-minute surge after the break.

Thomas Butler put the visitors in front in the 53rd minute as he slotted home after Adebayo Akinfenwa’s initial shot was blocked by Leigh Bromby, and he got his second just six minutes later with a deflected strike past Paul Gerrard.

Butler was then fouled in the box by Derek Geary in the 67th minute and Leon Britton made no mistake from the spot to wrap up a memorable victory.

The Swans were three minutes away from a famous victory at Upton Park 11 days earlier, only for Julian Dicks to cancel out Jason Smith’s effort and force a replay.

West Ham were expected to progress without too many difficulties at Vetch Field. After all, they had the likes of Frank Lampard, Rio Ferdinand, Trevor Sinclair and Swansea-born John Hartson in the starting XI.

But John Hollins’ Third Division side had clearly not read the script and took a shock lead in the 28th minute when Martin Thomas beat Shaka Hislop with a vicious strike that swerved away from the keeper.

The Swans had to weather the storm in the second half as the visitors looked to force an equaliser, but they held on for a huge upset which sparked a mass pitch invasion at full time.