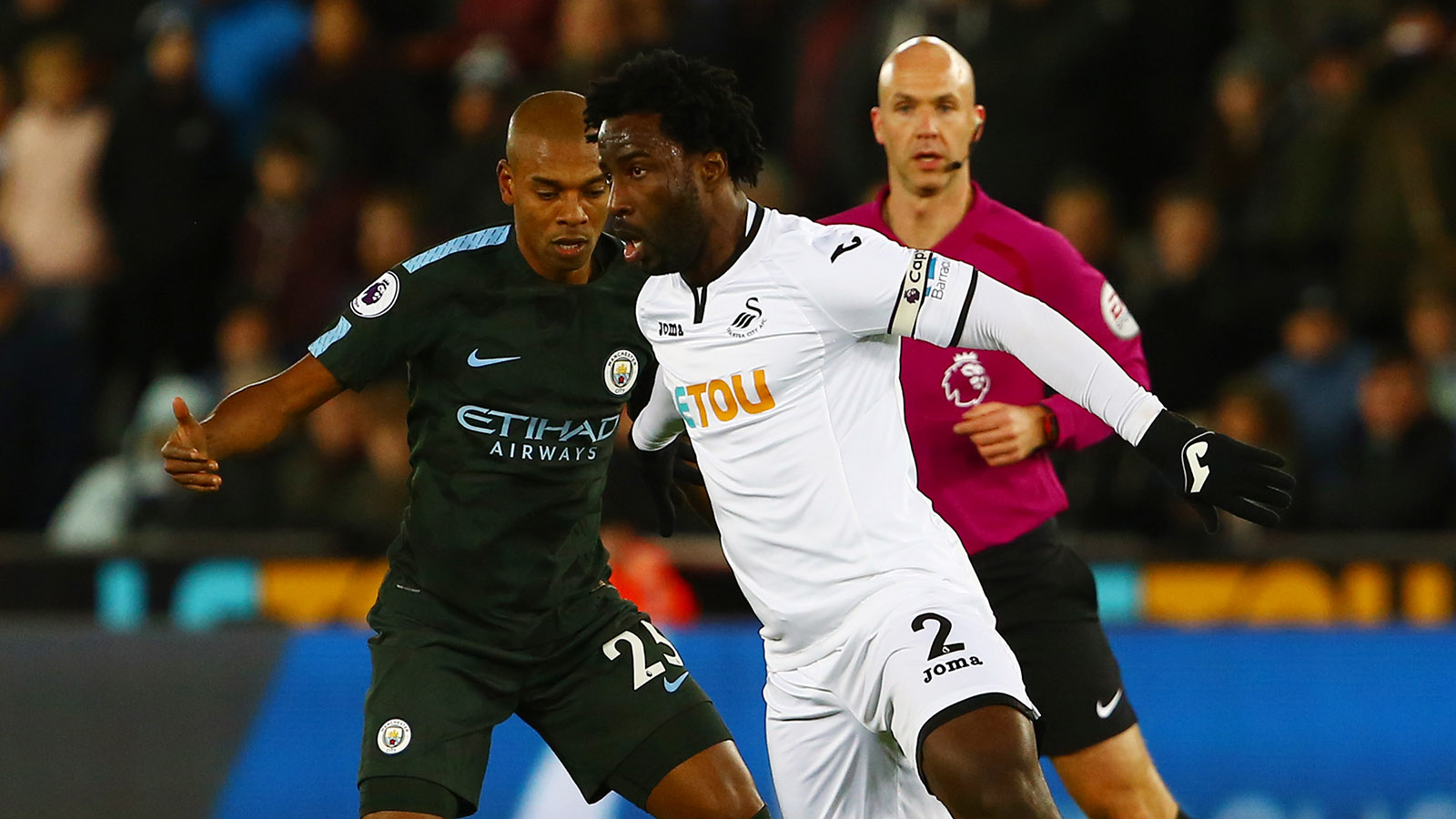 Swansea City hope Wilfried Bony will be fit for their trip to Everton on Monday despite being forced off during the defeat to Manchester City.

Bony was withdrawn after 73 minutes of the Swans’ 4-0 defeat having signalled to the bench that he needed to come off.

But the good news is that the Ivory Coast star does not appear to have picked up an injury.

Bony asked to come off after feeling some muscle tightness, and Clement is hopeful he has not suffered any damage.

“Wilfried is not injured,” said the Swans boss.

“He felt it getting tight and as a precaution he came off. That was the right thing to do.

“We have some critical games coming up and we need him fit for those games.”