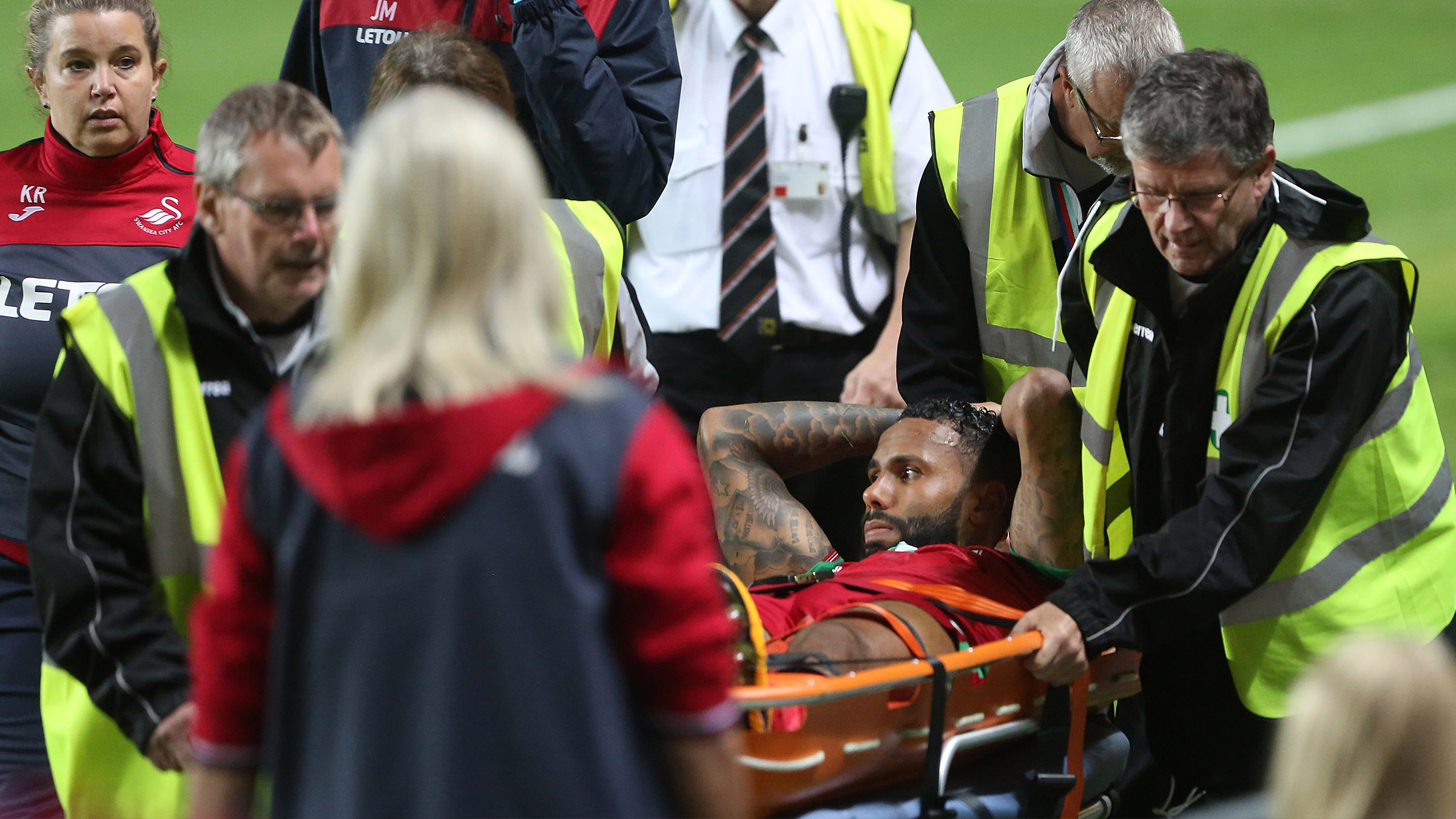 Swansea City are keeping their fingers crossed for Kyle Bartley after the defender was stretchered off during their 4-1 win at MK Dons.

The Swans eased into the third round of the Carabao Cup after recovering from the shock of going 1-0 down at Stadium mk.

Leroy Fer scored two goals and there were also strikes from Tammy Abraham and Jordan Ayew as Paul Clement’s men banked their first victory of the new season.

But the win was marred by the injury to Bartley, who was stretchered off in the closing stages.

“Kyle went up for a header. He hyperextended the knee and came down it,” Clement explained.

“He felt his knee, but we are not sure the extent of the injury at the moment.

“We hope it’s not a bad one and we will see him back shortly, but there will have to be further analysis on it.”

Clement admits the loss of Bartley would be a significant blow.

The 26-year-old returned to the Liberty in the summer after impressing on loan at Leeds last season.

And having signed a new contract earlier this month, Bartley made his first Premier League appearance since 2015 against Manchester United last weekend.

“He had such a good season at Leeds. He has come back and done well and he played well against Manchester United,” Clement added.

“He did well again tonight – he is nice and solid. He has good leadership qualities and good character. We just hope it is not a bad injury.”