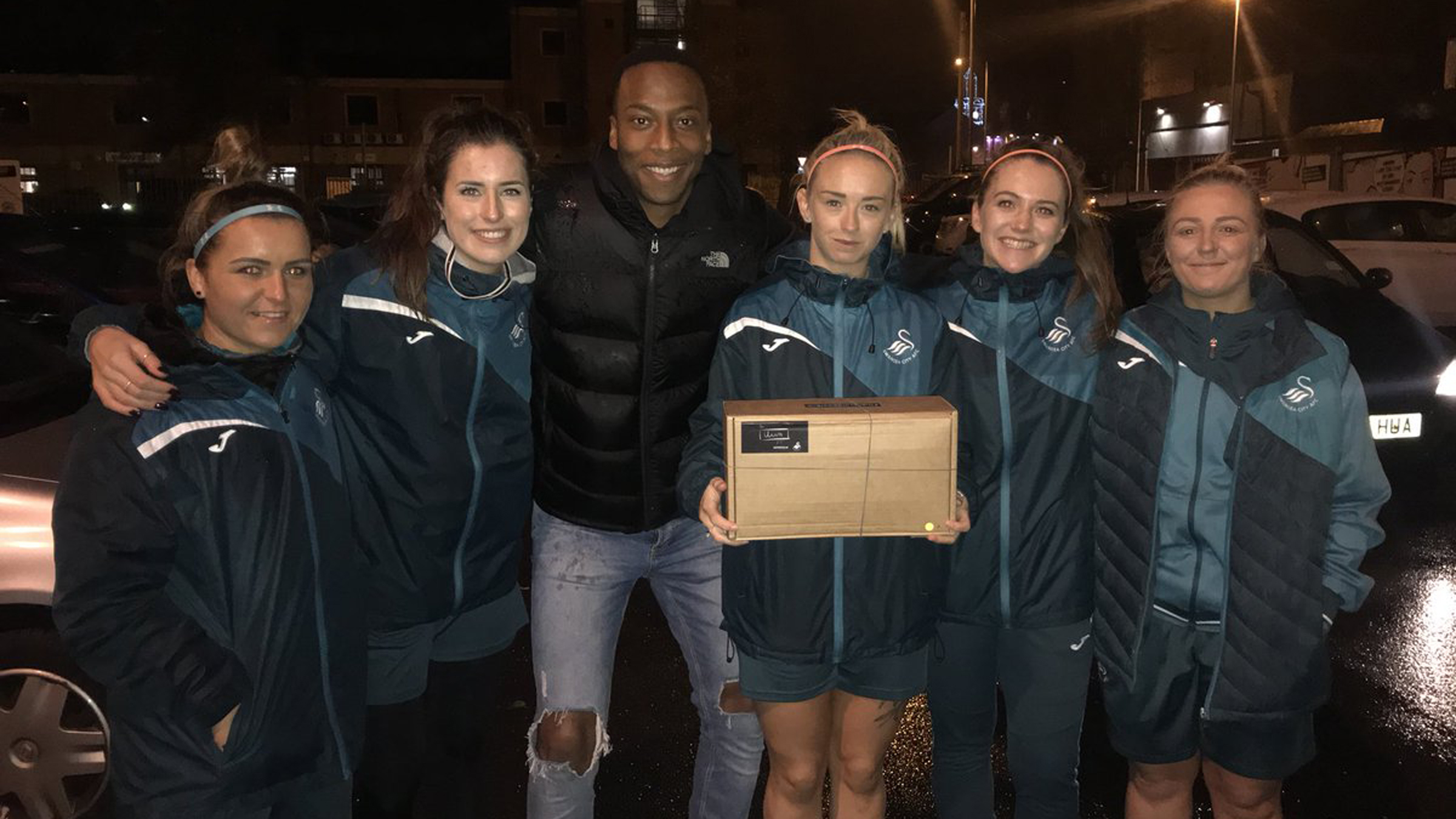 Swans Ladies back The Unum Project

The Swans Ladies hit the streets of Swansea to donate Unum Street Boxes – which have been filled by the squad – to the homeless.

After the club partnered with The Unum Project for our Seven Swans A Giving Christmas campaign, the Swans Ladies players and staff picked up the gauntlet and donated over 50 boxes to the cause.

“I’ve been involved with the Swans Ladies since 2011 and the relationship has built up over the years,” explained Saunders.

“It’s been amazing for them to jump on board with The Unum Street Boxes and the response from them has been amazing.

“They’ve donated so many boxes and to have them here giving back first hand to the community has been fantastic.”

Filled with essentials those on the streets wouldn’t necessarily have, such as thermals, socks, underwear, gloves and toiletries, the Unum Street Boxes aim to help the homeless in their day-to-day lives.

After distributing boxes throughout Swansea’s city centre, Beynon said: “This is all part of our Seven Swans A Giving initiative to give back to fans.

“We’ve gone out and walked around the streets to give the boxes out to homeless people ourselves, which was emotional.”

Hosford added: “It’s good for us as a squad to do and it’s been humbling to see and speak to the people who are benefiting from the boxes. You can see how much it means to them.”

As well as the Swans Ladies, the Jack Army have responded in their masses and support from the club and fans is already having a positive impact in the community.

“I don’t think it’s sunk in yet the amount of support the club has given,” added Saunders.

“In such a short space of time, the number of boxes the club has accumulated has been staggering.

“I’m overwhelmed and so grateful to everyone who has filled a box. I can’t thank the fans enough.”

Fans can get involved with Seven Swans A Giving by collecting an Unum Street Box from either of our club shops and then returning them to us.