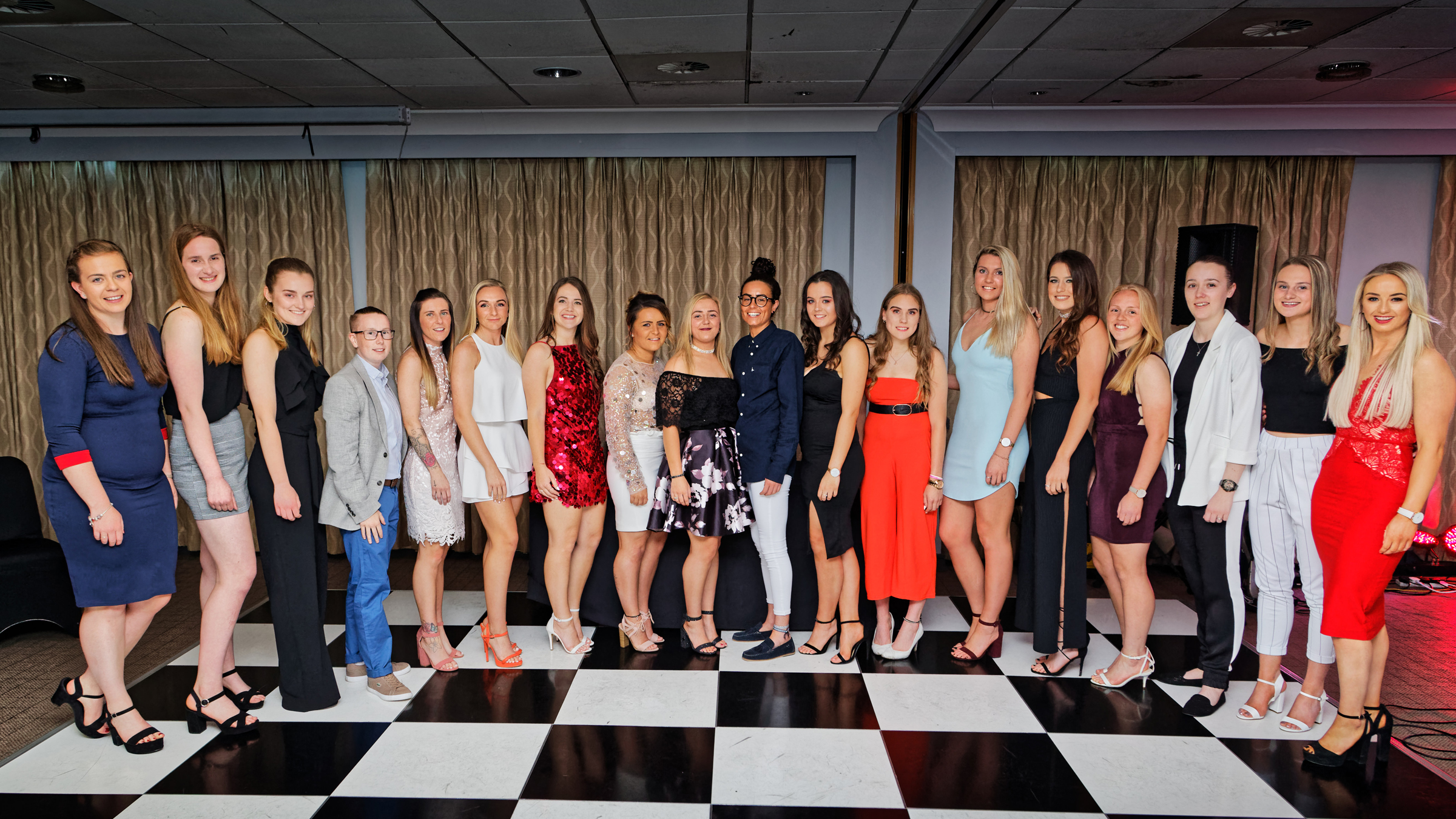 ​​​​​​​The Swans Ladies celebrated a successful 2017-18 season at their annual presentation evening.

The Swans finished second in the Welsh Premier Women’s League and won the FAW Women’s Cup last month at the Cardiff City Stadium.

Defender Lake picked up both the Young Player of the Year and Outstanding Achievement awards.

“It felt amazing to win the awards. I was shocked as it was my first season but it felt great to pick them up,” said Lake.

“My first season with the Swans Ladies has been great. I am gutted we missed out on the league title but winning the FAW Women’s Cup was a highlight for me.

“I’ve really enjoyed the season and I’m now looking forward to next season.”

Hughes was awarded the Players’ Player of the Year award.

She also shared the top award of the evening, the Player of the Year prize, with midfielder Sophie Hancocks.

Player of the Year – Ria Hughes and Sophie Hancocks