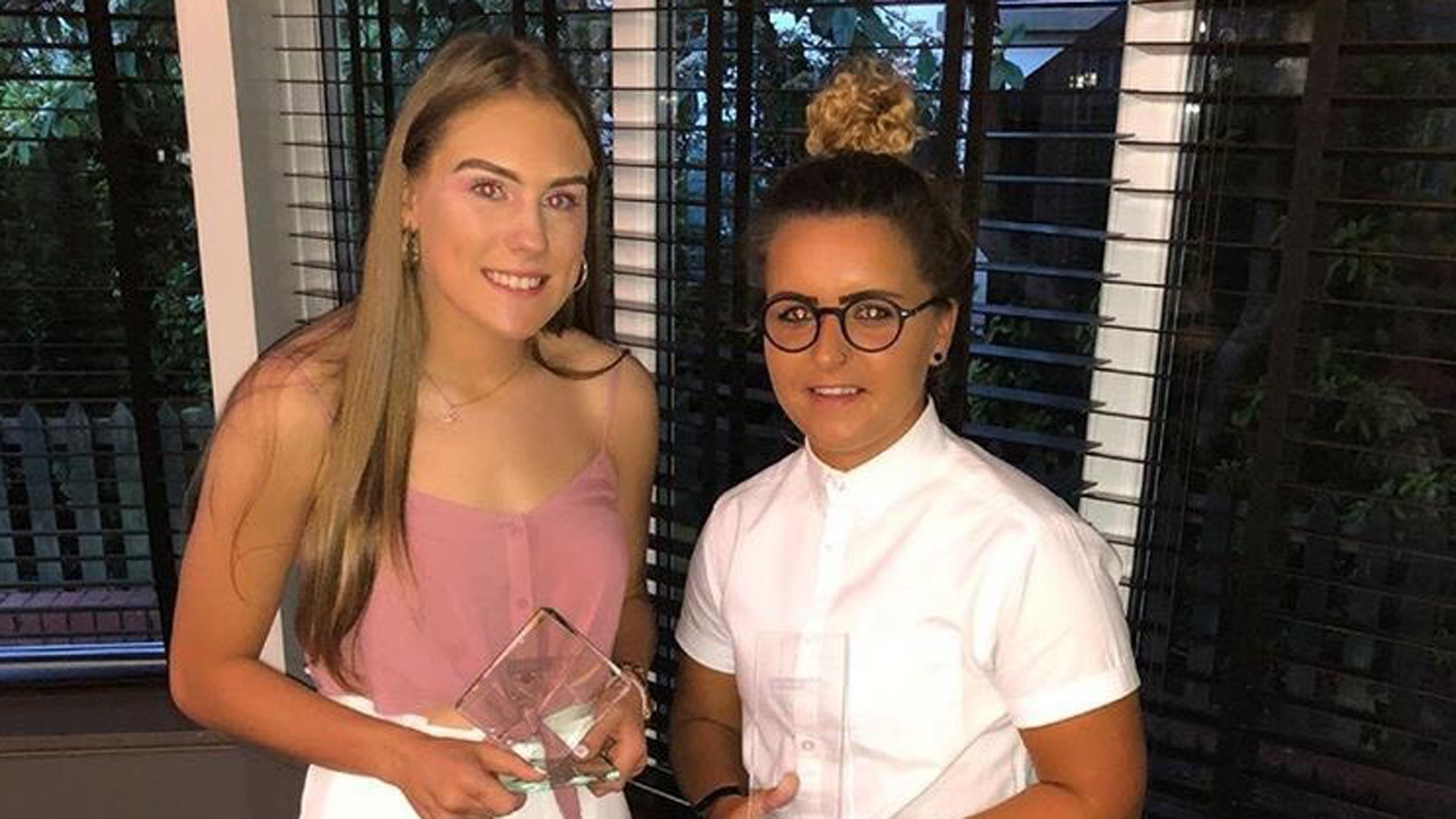 The contribution made by Jodie Passmore and Ellie Lake to Swans Ladies and the Welsh Premier Women’s League was recognised at the annual WPWL Awards.

Swans Ladies striker Passmore landed the top award of the evening, the WPWL Club Woman of the Year, which celebrates the contribution of long-serving players to the league.

“It is an honour to be awarded the award for years of dedication to Swansea City and the WPWL,” said Passmore, who netted 18 league goals in the 2017-18 season to make her the club’s top scorer.

Defender Lake capped off an impressive debut season for the Swans Ladies by winning the WPWL Young Player of the Season at the ceremony, which was held in Flintshire.

After signing for the Swans Ladies last summer, the 19-year-old featured in the Uefa Women’s Champions League in Romania and became a regular feature in Ian Owen’s squad.

“I’m pleased to win the award and to be recognised for my season. I owe everything to the club and particularly Ian Owen for giving me the chance to play in the team and develop throughout the season,” Lake said.