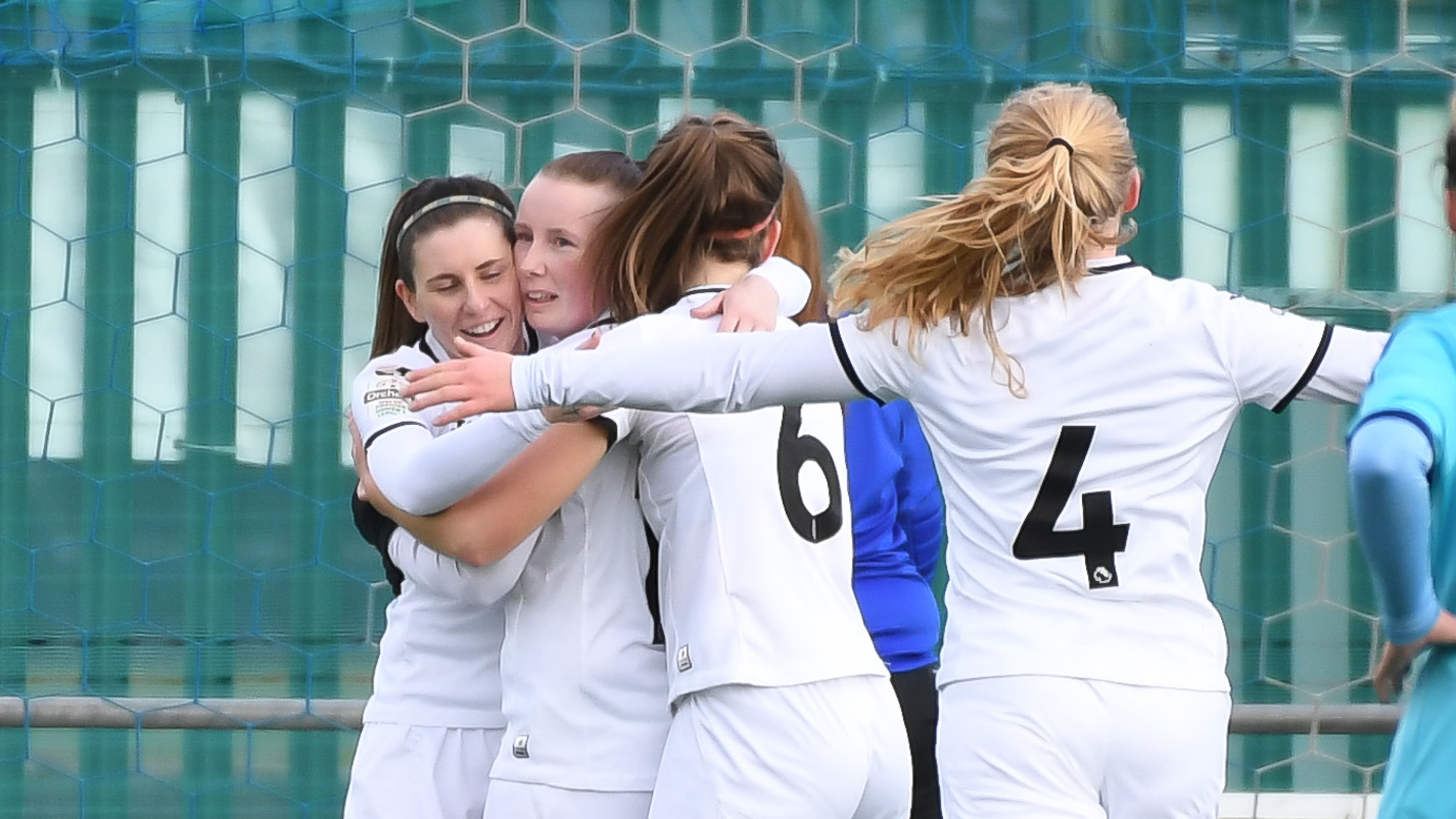 Swans Ladies stormed into the final of the FAW Women’s Cup with a five-star performance against local rivals Port Talbot Town.

A brace from Stacey John-Davis, in addition to goals from Jodie Passmore, Sarah Adams and Katy Hosford, saw the Swans seal a 5-1 victory in the semi-final at Penybont FC.

Fielding an unchanged side from the team that beat Cyncoed in the Welsh Premier Women’s League the previous weekend, the Swans were quick out of the blocks and dominated from the first whistle. Breaking the deadlock in the 24th minute was John-Davis, who tapped in a blocked shot from Passmore to open the scoring.

Ian Owen’s side continued to press and doubled their lead 10 minutes later. This time Passmore put her name on the scoresheet as she connected with an Adams cross to fire home.

Provider then turned scorer just before half-time as Adams looked to lob Ellis in Port Talbot’s goal only for her effort to bounce off the crossbar back to her feet. Adams made no mistake the second time around to ensure the Swans went into the break with a 3-0 lead.

The goals kept coming as Hosford made it four early in the second half, with the winger heading in a Passmore cross.

Just before the hour mark, Port Talbot pulled one back from the spot via Beddows, but the Swans restored their four-goal cushion seconds later as John-Davis bagged her second of the day and fourth goal in the competition.

The victory was the last step on a run to the final that has seen the Swans net 24 goals in just three cup games.

Having conceded only twice and had nine separate goalscorers, the Swans have stamped their authority on the competition this season and will look to secure their third FAW Women’s Cup.

The final will take place on April 8 – at a venue yet to be confirmed – and will see the Swans face either Cyncoed or Cardiff City, with the two battling it out this weekend.

“Our attacking play was fantastic. Everyone played well and we are looking forward to seeing who we get in the final.”
“It was a great professional performance,” added Swans skipper Alicia Powe.

“We were disciplined and organised in our play and it showed in the result. It feels great to reach the final. It reflects the hard work the girls are putting in, week-in, week-out.”