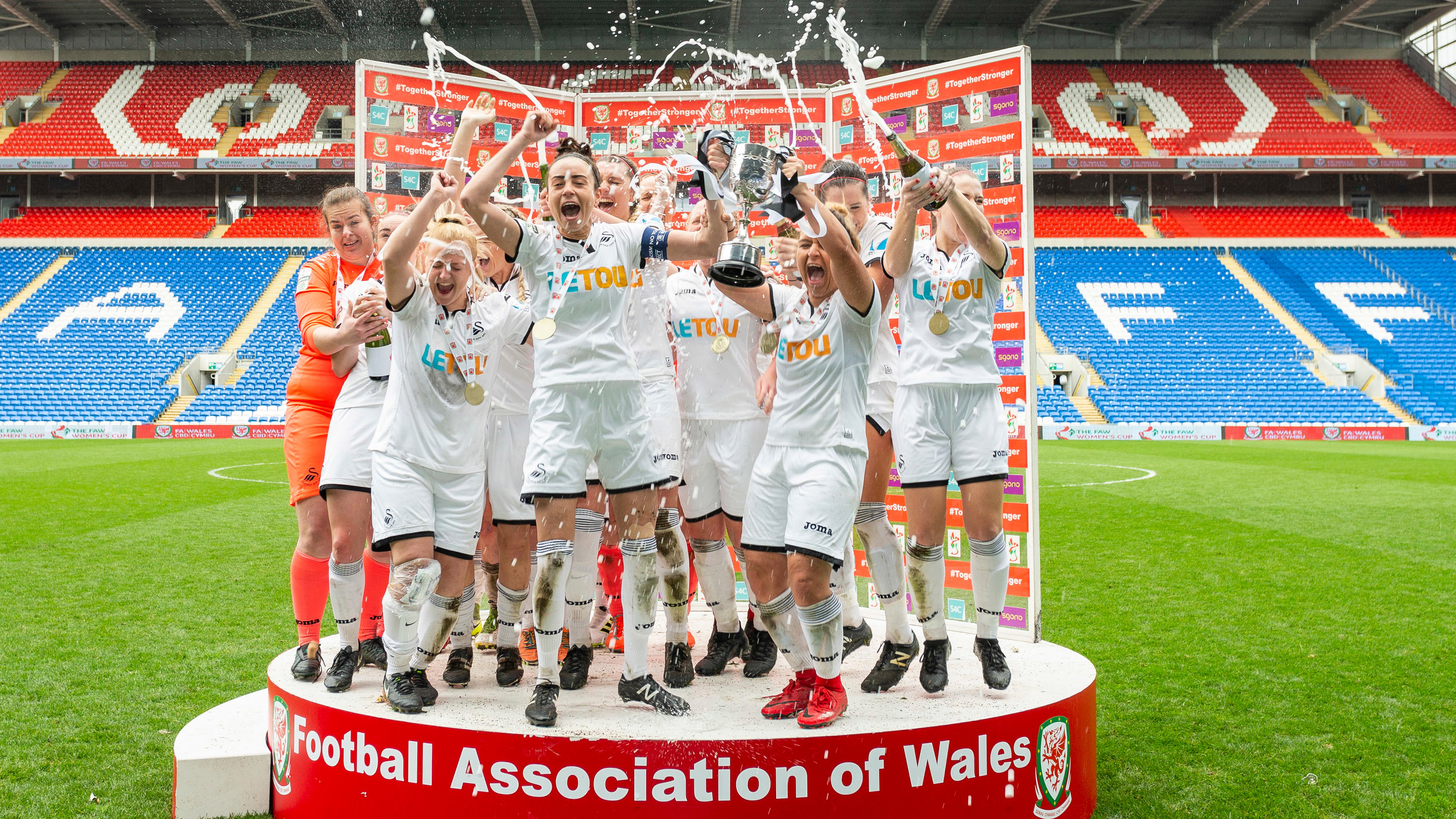 The final was closely fought, and both sides pushed hard for the opener in the first half.

It was the Swans Ladies who created the better chances, with a great free-kick from striker Jodie Passmore in the 34th minute forcing Cardiff keeper Ceryn Chamberlain into action.

Katy Hosford and Ellie Lake were also denied just before the break.

Hosford then saw a chipped effort loop over the crossbar in the 50th minute, before another Lake effort glanced just wide of goal just a minute later.

It was Cardiff who took the lead through Alana Murphy in the 54th minute, but the Swans Ladies instantly showed they were determined to get back in the game.

The Swans were handed the perfect opportunity to equalise in the 64th minute as they were awarded a penalty after Passmore was brought down.

Passmore coolly converted from the spot to level the scores.

Hosford then netted the winner for Ian Owen’s side in the 72nd minute when she fired a shot from the left which slipped through the hands of Cardiff’s keeper and into the net.

Substitute Emma Beynon had a chance to extend the Swans Ladies’ lead in the final minute but her effort narrowly missed the target.

That mattered not, for the Swans had done enough to secure the silverware.

“We know that Cardiff are a counter-attacking team and we know that we generally start slowly, so we just concentrated on possession and that proved to be key,” explained Swans Ladies manager Owen.

“Everyone ran miles and they all did exactly what we asked them to do. They implemented the game-plan really well and we ultimately came out on top.”