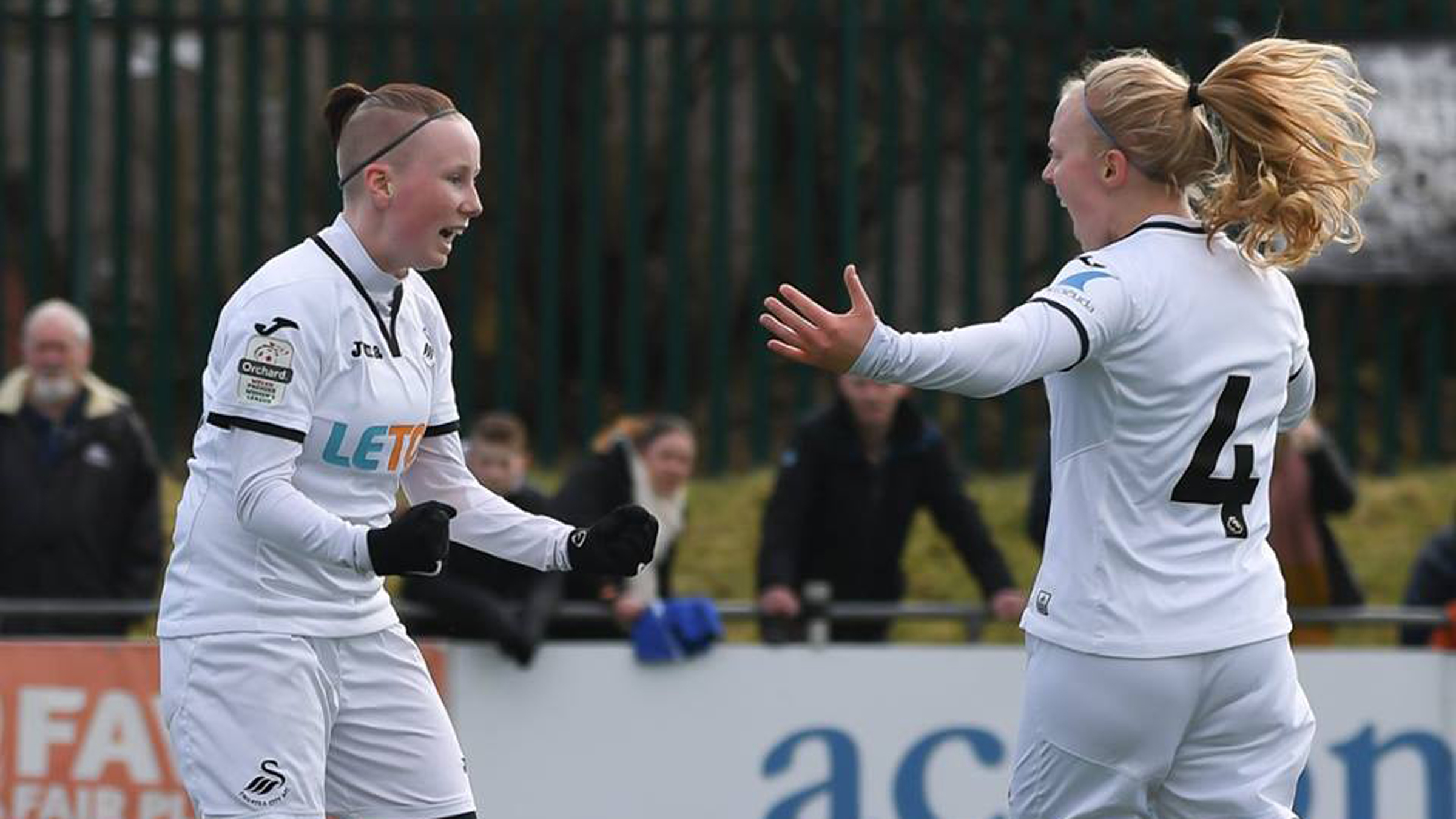 ​​​​​​​Sophie Hancocks is in upbeat mood ahead of the Swansea City Ladies’ FAW Women’s Cup final against Cardiff City FC Women at the Cardiff City Stadium on Sunday (3pm).

The Swans Ladies will be aiming for a repeat of the 2015 FAW Women’s Cup final, when they beat Cardiff 4-2.

“We are all in good spirits after a good run of winning games. We’re working hard in training to make sure that we are all prepared for what will be a tough final,” said Hancocks.

The match will see the Swans Ladies play at the Cardiff City Stadium for the first time and is set to be a big occasion for Ian Owen’s squad.

“Personally, I’m really looking forward to playing in the stadium. It will be a great opportunity to show what women’s football in Wales has to offer and I know as a team we will relish this opportunity,” Hancocks added.

“Being in a cup final as a player is a great opportunity to play against the best teams and the best players.

“These are the games you want to play in. They are challenging but an unbelievable experience. When you work hard like we have been doing, winning the FAW Women’s Cup would make it all worthwhile.”

Hancocks has set her sights on success this weekend after the Swans Ladies missed out on a WPWL League Cup semi-final place following a narrow 3-2 defeat to Cyncoed in December.

“Every season, we set out to win everything, so being in the final of such an important cup is amazing,” she said.

“We look forward to the challenge and hope we can bring the silverware back to Swansea.”

*The FAW Women’s Cup final will be held at the Cardiff City Stadium this Sunday. Fans can pay on the day, with tickets priced at £4 for adults and £1 for juniors and OAPs.

Admission is free for those who attend the Under-16 Girls Cup final at Cardiff International Sports Campus earlier in the afternoon.