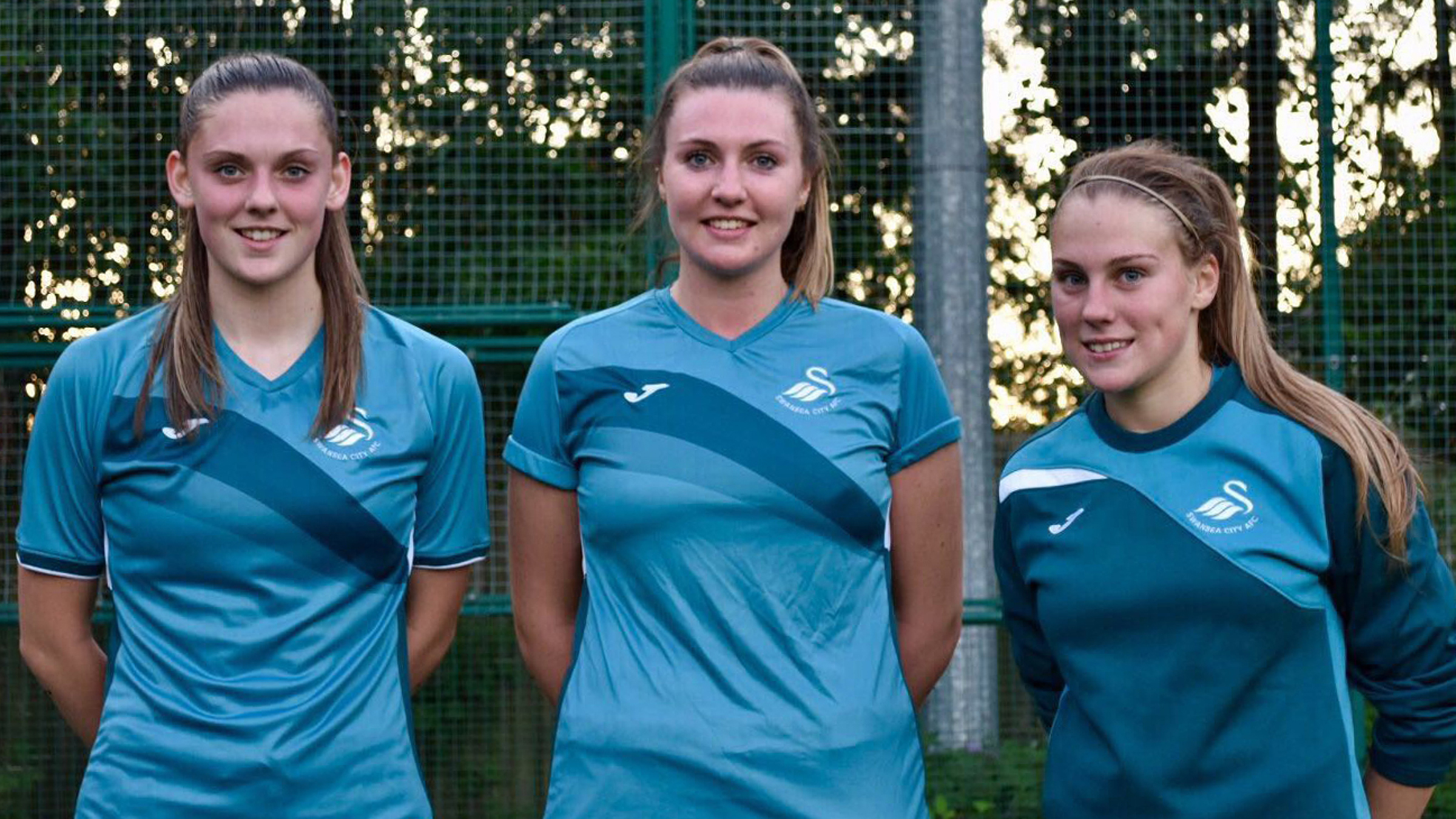 Swans Ladies have bolstered their squad with three new signings ahead of their Champions League qualifying matches in Romania.

Putting pen to paper for the Welsh Premier Women’s League Champions are Georgia Roberts-Powell, Ellie Lake and Alison Witts, who all join Ian Owen’s side in their bid to not only retain the league title, but to make history in the Champions League.

Teenagers Lake and Roberts-Powell both join from Cardiff City Ladies, whilst 23-year-old Witts arrives in South Wales after a two-year stint at Swindon Town Ladies, who she helped earn promotion to the Southern Premiership.

“I’m very excited about joining the Swans and I’m looking forward to the season ahead,” said current Welsh U19 international Lake. “Swansea is a big club and I enjoy the way they play football at such a high intensity.

“Since joining the side, I’ve really enjoyed it and found everyone very welcoming and the tempo of training has been great.”

Roberts-Powell echoed her fellow defender’s sentiment, adding; “The level of play, training and the overall standard of football being played by the team attracted me to the club.”

Having already linked up with Owen’s team, the trio have all slotted into the squad with ease, having been welcomed to Swansea by both the players and the first team staff.

“The girls are all lovely and welcoming,” Witts continued. “The manager and staff are fantastic. They know exactly how to manage each individual player and what works best for them. There’s a huge team spirit within the club and it’s great to be a part of it all.”

The hat trick of summer signings will now be looking to cement their own place within the squad in preparation for the Champions League next week.

“I’m really excited for the season ahead, especially with the potential opportunity of being a part of the Champions League squad,” said Witts, who was part of Cardiff Met’s British Universities and Colleges Sport winning squad in 2014.

“It will hopefully be a great opportunity to gain some experience in such a huge competition. Travelling to Romania would be an incredible opportunity and I believe the experience I would gain from the trip would benefit my development personally and as a player.”