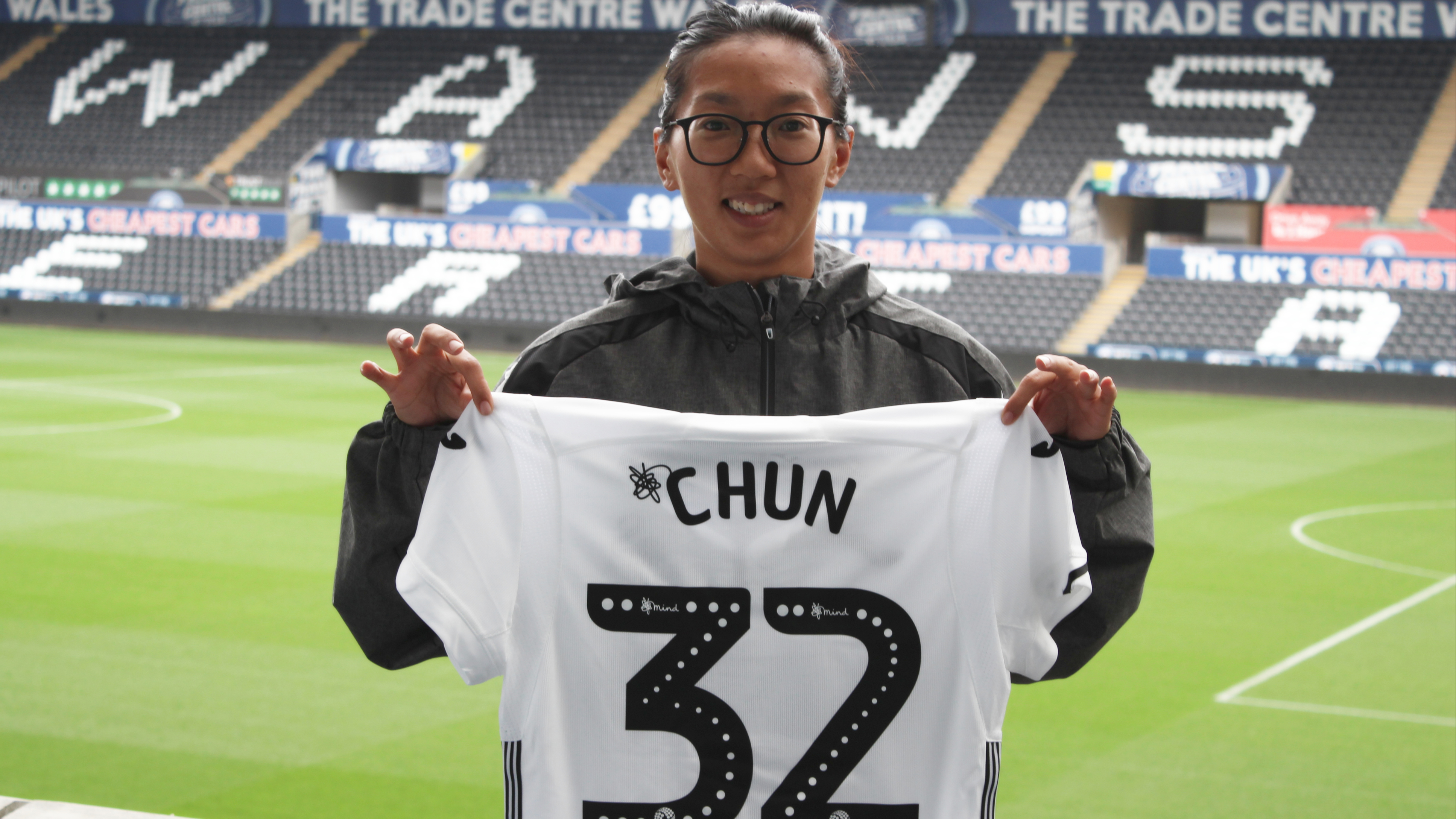 Chun links up with Ian Owen’s squad after winning the Hong Kong Women’s League last season and heads to Wales fresh from competing in the 2018 Asian Games.

With 16 caps to her name since making her debut in 2013, Chun was an integral part of Hong Kong’s Asian Cup campaign, scoring in a 6-1 victory over Tajikistan.

And she is excited by the prospect of playing in the Welsh Premier Women’s League for the three-time champions.

“It’s a huge honour to be able to join Swansea,” she said after putting pen to paper.

“The opportunity to play overseas, especially for one of the top teams in Wales, is something that does not happen easily.

“I am very grateful to everyone that has made this dream come true, especially Ian for giving me a chance.

“I can’t wait to work hard, learn and hopefully give a challenge to the other girls.”

The signing follows the recent arrival of another international footballer in the form of Wales’ Shaunna Jenkins from Cyncoed Ladies.

The two new recruits will be looking to make a mark as the Swans go to Cardiff Metropolitan this Sunday.