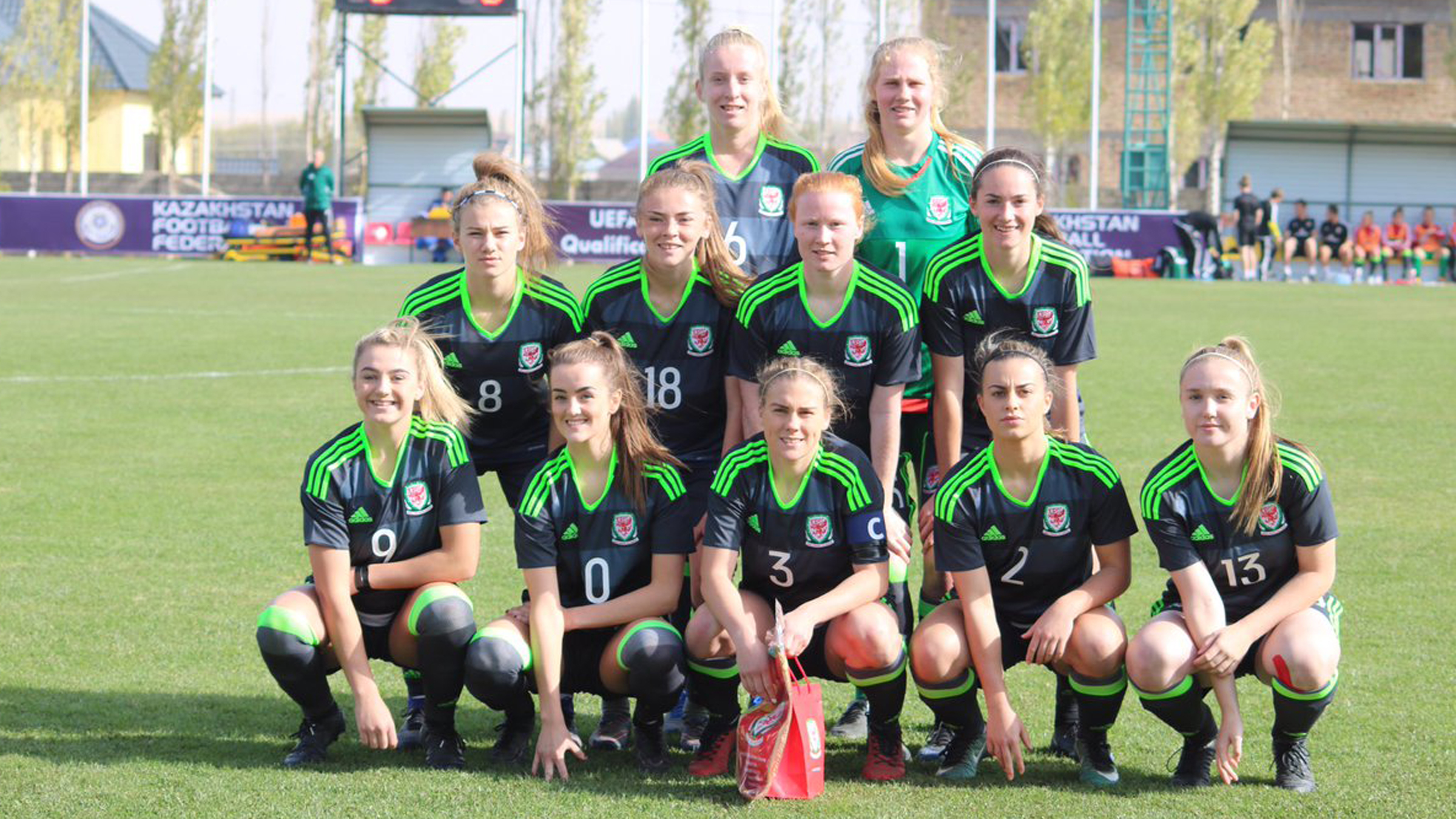 Swans Ladies defender Ellie Lake captained Wales Women’s Under-19s to a 6-0 win over Kazakhstan this morning as the side qualified for the Uefa Women’s Under-19 Elite Round.

Rounding off Wales’ trip to Kazakhstan for their qualification campaign, the victory was the national side’s first after a goalless draw with Slovenia and a 4-0 defeat to England.

But the young Dragons progress after hitting the hosts for six this morning in Shymkent.

Lake started in all three fixtures and skippered the side (pictured above) in their third and final game.

And after playing a significant part in Wales’ qualification, she will be hoping to retain her place in the squad for the next round, with the winners then competing in the finals in Switzerland.

Lake’s attention will now return to the Welsh Premier Women’s League where the Swans Ladies have made an undefeated start to their title defence and currently sit in second place with a game in hand over Cardiff Met, who occupy the top spot.

“It felt amazing to be selected to go to Kazakhstan,” Lake said. “I’m hoping to bring home the experiences that I have gained and put them into play with Swansea.”

Stay up to date with the Swans Ladies by following the side on Twitter (@SwansLadies) or on Facebook HERE.