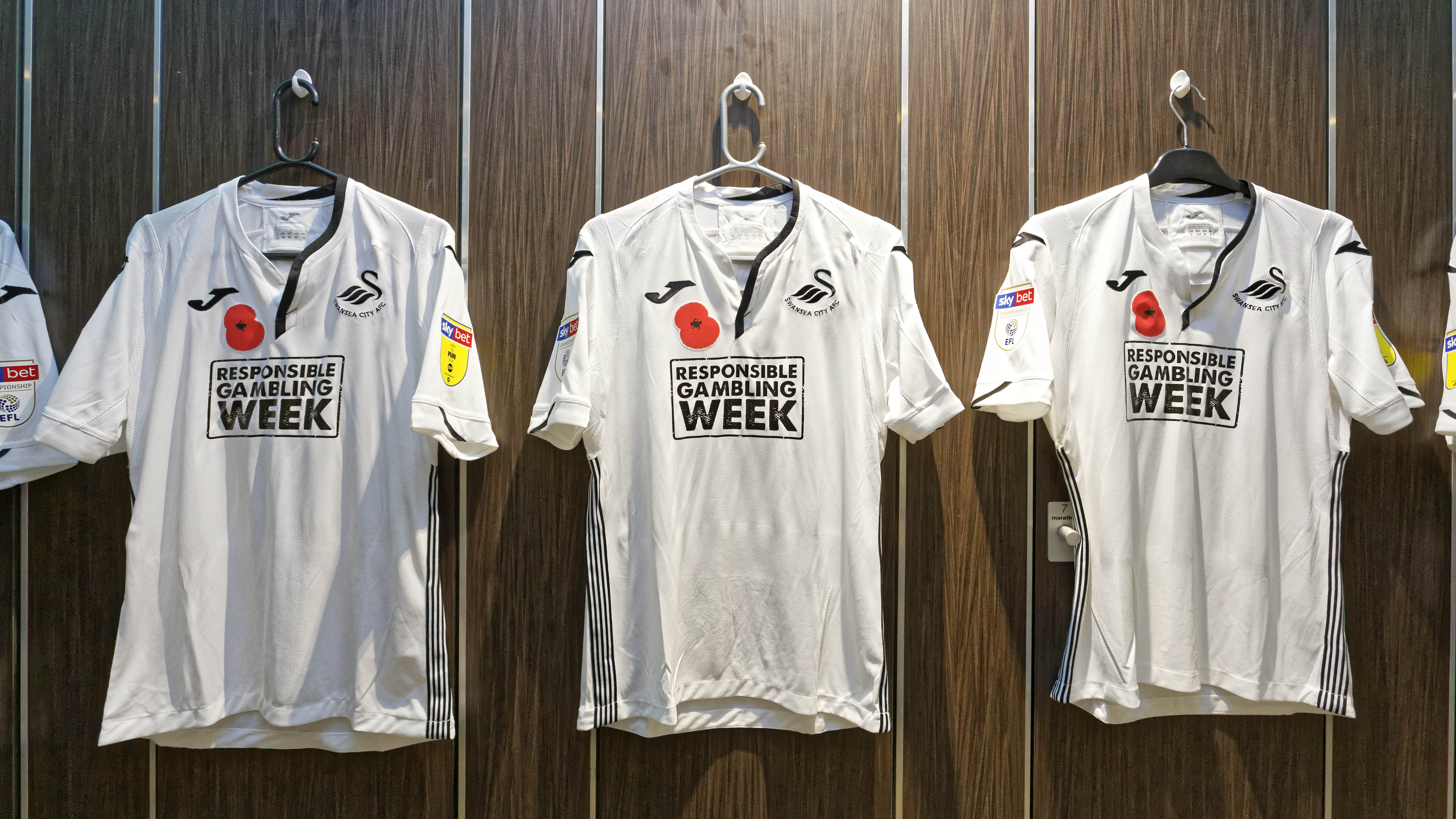 Swans' Poppy shirts up for auction

Poppy shirts worn by the Swans in the Remembrance fixture with Rotherham United are going under the hammer as part of the Sky Bet Poppy Auction.

The auction of signed memorabilia from across the EFL’s 72 member clubs is raising money for The Royal British Legion’s Poppy Appeal.

It means 18 Swans shirts from the Sky Bet Championship fixture in November are being auctioned on the CharityStars website.

The Swans took the lead through Oli McBurnie, but it wasn’t enough as Graham Potter’s side were beaten by two penalties at the New York Stadium.

Sky Bet’s relationship with the British Legion now spans five seasons, with over £350,000 raised, thanks to the help of fans and clubs throughout the EFL.

“That’s not just the British Armed Forces, but those who fought alongside from all corners of the world, and the men, women and children who played their part and suffered hardships at home.

“With the auction of the 2018 poppy shirts, we’re hugely grateful for the continuing support of our partners Sky Bet and the clubs of the English Football League.

“Through the incredible generosity of the fans, we will ensure today’s Armed Forces and their families receive the support they need, and their unique contribution is never forgotten.”

To place a bid on one of the shirts in the Sky Bet Poppy Auction, please visit: