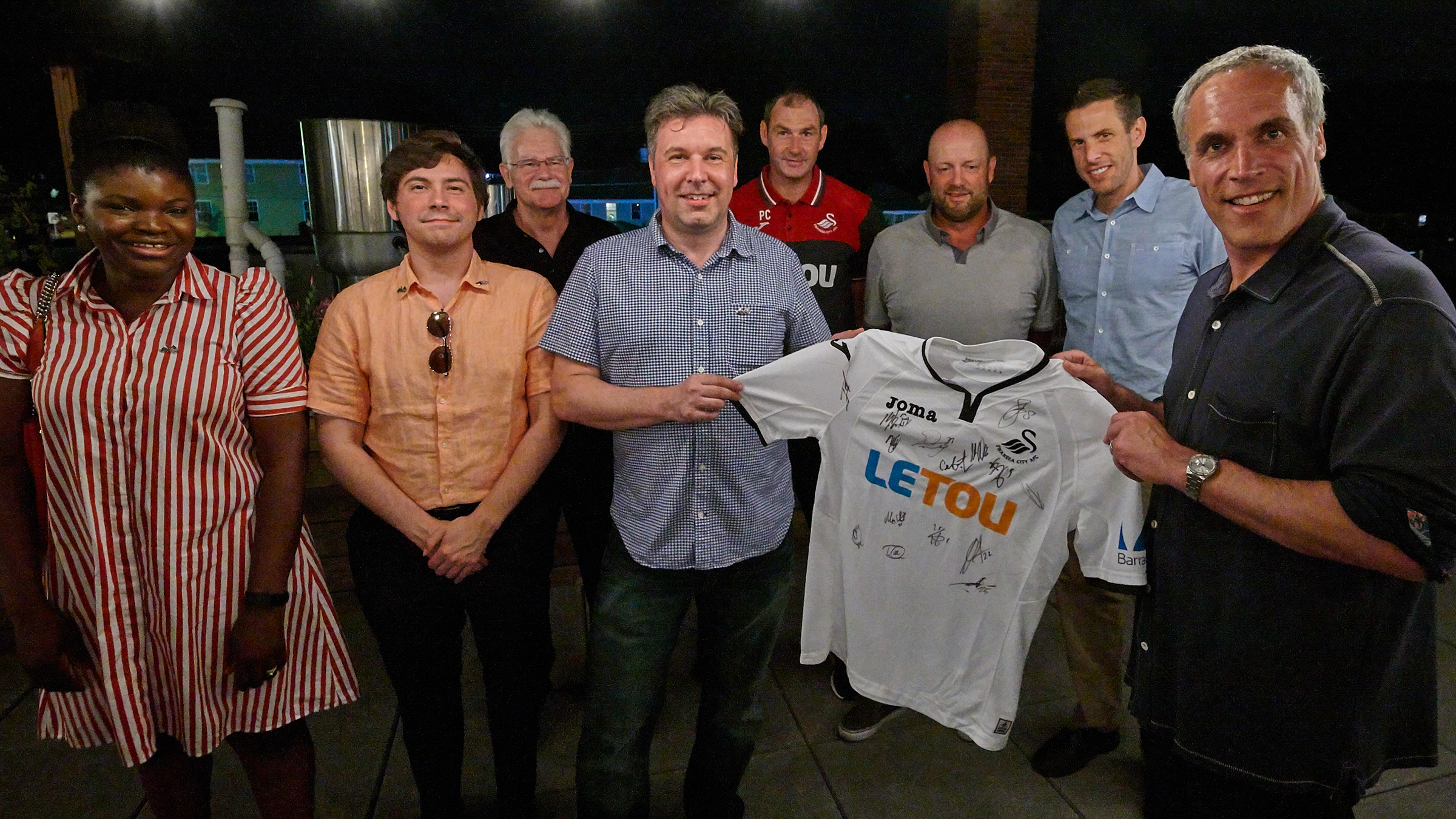 The Swans partnered with the Welsh Government to promote Wales in America.

Linking up in Durham, North Carolina, for a barbeque at popular local restaurant, The Pit, the event raised the profile of Wales stateside.

Capitalising on the Swans pre-season tour, the event saw the Welsh Government invite an array of local American businesses to the evening event to advertise Wales.

Speaking at the event, deputy head of North America for the Welsh Government, Efe Sokol, said: “We are delighted that Swansea City is flying the flag for Welsh sport in the US.

“We are always looking for new ways to make the case that Wales is a great place to work and live.

“Events like this offer us a chance to reach new audiences and engage in a meaningful way.”

Swans COO Chris Pearlman added: “It was great for us, as a club, to interact with American businesses whilst on tour to promote Wales and the city of Swansea.

“I’d like to thank Efe and the team at the Welsh Government here in the States for their part in hosting this successful event with us.”

In addition to the barbeque, the Swans have held a series of events alongside their three friendly matches, including a showing of Jack To A King in Cary, North Carolina and a coaching session with a Joma Academy group of teenage footballers.

Swansea City would like to thank the Welsh Government for partnering with the club to host this event.