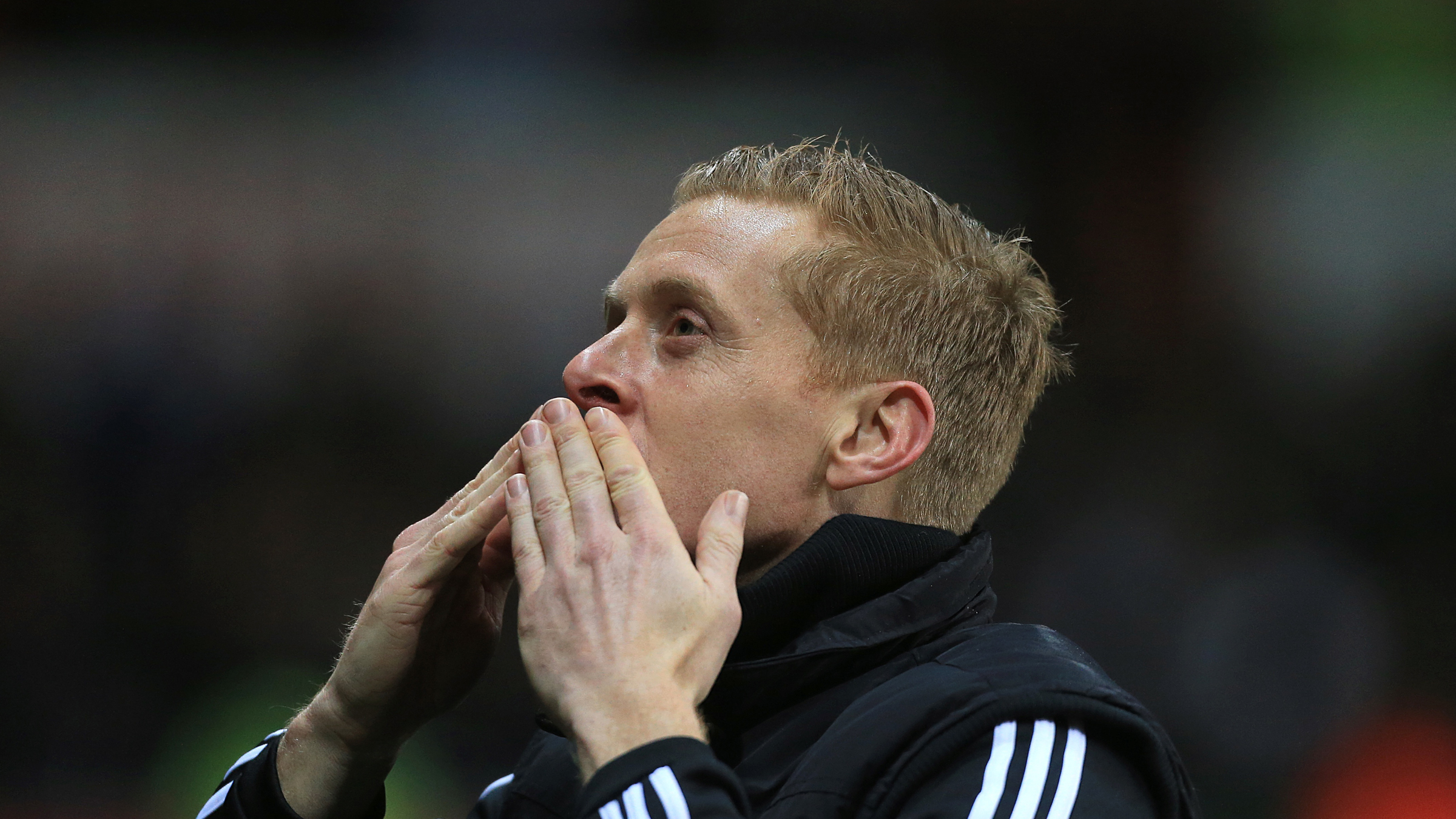 Swansea City are set to come up against a host of familiar faces during the 2017-18 Championship campaign.

The first of those will be former boss Garry Monk, whose Birmingham City side take on the Swans at St Andrew’s on August 18.

The next reunion will come just four days later, when the Swans host a Leeds side for whom former Liberty winger Pablo Hernandez has been an influential performer in recent times.

In September, the Swans are set to face Joe Allen’s Stoke City.

Welsh international Allen recently recommitted to the Potters, signing a new contract despite their relegation from the Premier League.

After Stoke the Swans go to Middlesbrough, who could include veteran keeper Dimi Konstantopoulos, the Greek international who spent time on loan in SA1 back in 2008-09.

The trip to Wigan in early October could see the Swans come up against Shaun MacDonald, the Blaenymaes product who was a popular figure during his stint with his home-city club.

MacDonald, who came through the ranks at the Liberty, hopes to return to action in 2018-19 having missed the whole of last season as a result of a badly broken leg.

The Swans’ game at Aston Villa on October 20 could see them face long-serving left-back Neil Taylor for the first time since he said his farewells in January 2017.

Taylor has played 44 times for Villa since joining them as part of the deal which brought Jordan Ayew to Wales.

One-time Swans record signing Danny Graham will be aiming to get one over on his former club when Blackburn Rovers visit SA1, while Modou Barrow – like Taylor – is a player who could come up against the Swans for the first time in the coming season.

The winger netted 10 goals in 48 appearances for Reading last season having left the Liberty to join the Royals last summer.

The manager who let him go, Paul Clement, is now his boss at the Madejski Stadium.

Jamie Proctor never made a first-team appearance for the Swans, and neither did Alex Bray.

But both are Liberty old boys who will hope to face their former club in Rotherham colours in November.

Later that month, Norwich City’s visit to Wales could see Nelson Oliveira line up against the club he played for on loan back in 2014-15.

Another ex-Swans loanee, Josh McEachran, is set to face the club he represented in the second half of the 2011-12 campaign when Graham Potter’s men go to Brentford in early December.

And there will be another familiar face in opposition ranks when the Swans travel to Hull City just before Christmas in the shape of left-back Stephen Kingsley.